The brand is bringing its traveling flagship to London and surprising customers with a display of the Met Gala dresses Dundas created for the likes of Ciara and Emily Ratajkowski.

The Met Gala dresses on display at the Dundas' Sloane Street pop-up.

LONDON — Peter Dundas is a citizen of the world and ever since debuting his own label Dundas World, alongside his partner Evangelo Bousis, he’s been keeping up the globetrotting.

In the last two years, the brand’s “traveling flagship” concept has been to Texas, Los Angeles, Mykonos’ popular Luisa boutique, London’s Selfridges and New York, where its pop-up shop was extended from three to six months due to positive response from the brand’s global fleet of glamorous Dundas girls.

Now, the brand is coming home — Dundas and Bousis live and work in London — and debuting its first stand-alone pop-up on a premium spot on Sloane Street, across the road from Hermès.

Similar to its New York counterpart, the London store is set to stay open for three months, with a view of extending the lease to six months.

“Our next approach is longer durations. We want to start extending our pop-ups for longer periods of time, like we started doing in New York, because that way we’re testing [the market] and also not tying ourselves up,” said Bousis, who has a background in film and tech and brought a new perspective to the Dundas business which offers season-less collections, sold across wholesale partners, Instagram, e-commerce and global pop-ups.

Adopting this new model and traveling the world to open temporary retail spaces was an opportunity for Dundas to “do organic market research” and “connect with the customer in different ways.” 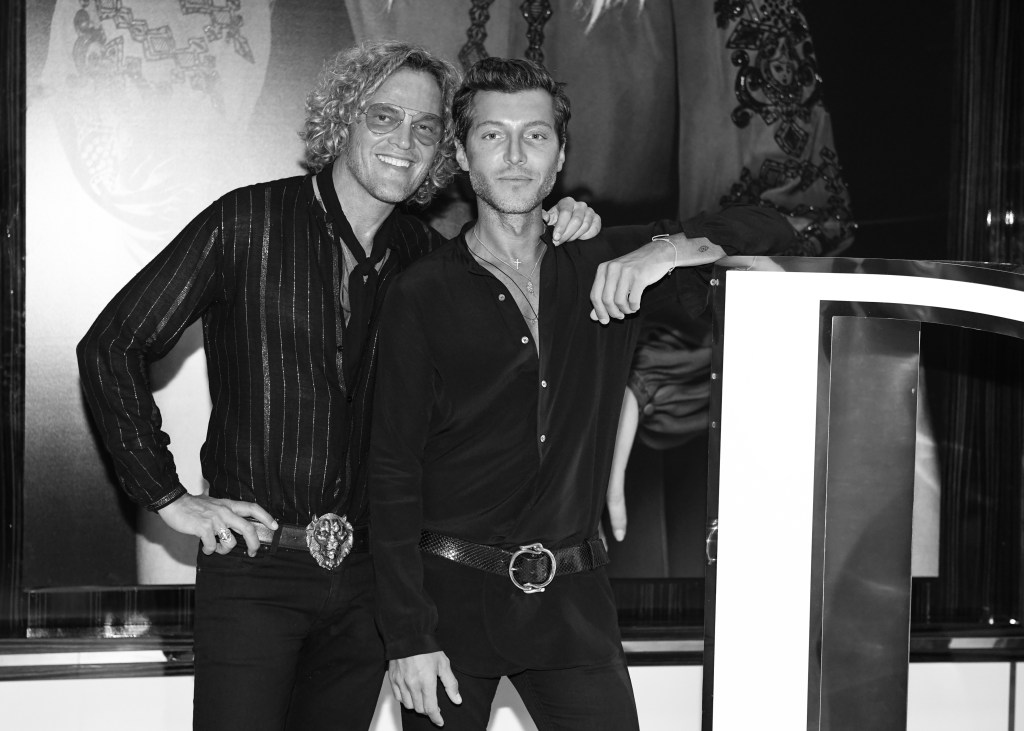 That has meant getting friends of the brand — which include everyone from Emily Ratajkowski, Eugenie Niarchos and Poppy Delevingne — to try on new collections and listen to their feedback and spending a lot of time in his many traveling flagships to discover more Dundas girls and find out what they’re looking for in each city.

In London, girls love to have fun with the way they dress and aren’t afraid to make a statement, Dundas said. That’s why he put together an “eclectic” mix with bold pieces and a focus for occasionwear to coincide with the upcoming holiday season.

The store is a smaller, more intimate spaces than previous pop-ups, but Dundas’ bold touch is still present in the black panther props, neon brand logos and the va-va-voom couture dresses on display, that the designer created for Ciara, Ratajkowski and Poppy Delevingne last May.

“We’re always laughing and wondering where will the Instagram moment be because people expect that and all of a sudden we start seeing it on all their feeds,” Bousis said.

The famous Met Gala dresses will undoubtedly create the Instagram moment here and customers will also get the opportunity to have their own special moment, as Dundas will be in-store to fit one-of-a-kind pieces.

An edit from collections D8 and D9 will also be on display, as well as a sneak peak of D10. 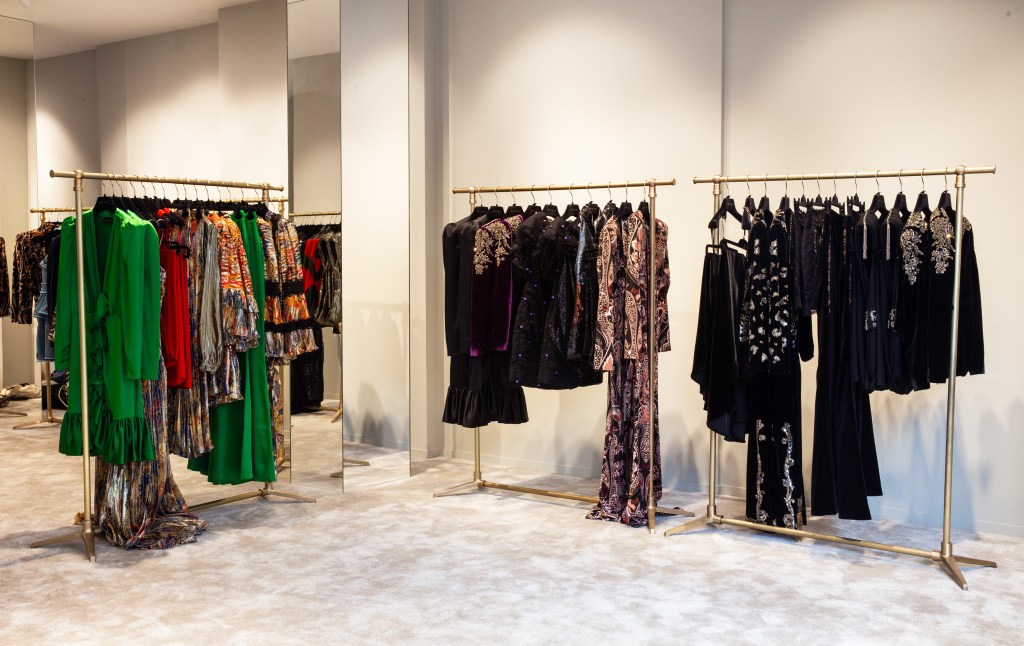 Given the amount of traveling across continents and climates Dundas girls tend to do, seasons are less relevant, so the designer chose to number collections instead: “It makes the clothes more timeless as well, in the sense that we have people that might come and ask for ‘that jacket from the D1 range.’ Previous collections almost become more precious in that sense, like good wine.”

Pop-ups in Dallas and Miami are also in the works, while Dundas and Bousis are starting to toy with the idea of a permanent flagships in key locations such as London and the U.S.

“We definitely want to continue with the traveling flagships, but it also seems right to start thinking seriously about where will the first actual store be, because that does give you a type of freedom to create your world in a more permanent way,” said Dundas, who sees retail growing at the same pace as his collections, with more accessories and day pieces gradually being added to the mix. “When we first started we were really focused on eveningwear. It’s what a lot of people associated me with because of all the red carpet presence, so it made sense to start with that. But now by having the retail spaces, girls would ask for pieces for other parts of the day, and we’re also tiptoeing into accessories.”

But even as the brand grows, agility will remain key according to Bousis: “You start thinking about combining this mentality of the traveling flagship and the standalone store because real estate has changed, [landlords] no longer need you to sign a 10-year lease.”