DuPont to Sell Invista to Koch for $4.4B

DuPont on Monday said it had reached an agreement to sell its Invista fibers unit to privately held Koch Industries for $4.4 billion in cash. 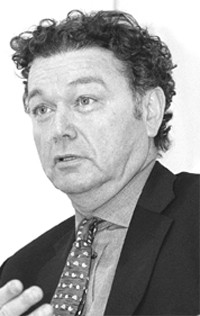 NEW YORK — Setting the stage for its exit from the fibers business after nearly seven decades, DuPont said Monday it has reached an agreement to sell its Invista unit to privately held Koch Industries Inc. for $4.4 billion in cash.

This story first appeared in the November 18, 2003 issue of WWD. Subscribe Today.

When Invista is merged with Koch’s KoSa polyester unit — a likely move according to a spokeswoman for the Wichita, Kan.-based chemical maker — the result will be a massive fiber enterprise with revenues exceeding $9 billion.

DuPont, based in Wilmington, Del., and inventor of nylon, spandex and acrylic, said early last year that it planned to sell or spin off its textiles unit, and the possibility of a sale to Koch had been the topic of industry speculation for months.

“We have more clarity than we’ve had in some time, and I think that’s good for us and our customers,” Steve McCracken, president and chief executive officer of Invista, said in a phone interview before boarding a plane to Wichita for his first meeting with Koch officials. “Koch Industries is obviously committed or they wouldn’t be writing the big check.”

Prior to resolving the deal over the weekend, DuPont conducted months of talks with executives at Koch (pronounced like Coke). However, the talks had been handled by top-level DuPont officials, not the staff of Invista — formerly known as DuPont Textiles & Interiors. That was out of concern for objectivity and the avoidance of conflicts of interest.

As a result, officials at Invista and Koch said much remains to be decided, including the mechanics of how the merger will work, where Invista’s headquarters will be and how the businesses will be changed. Officials at the two concerns on Monday began talking about how to handle the details of merging in the Invista business. The deal is expected to close in the first half of 2004.

“To the extent that regulatory approval goes through and everything is great, it will be combined with the KoSa business,” said a Koch spokeswoman. “It will retain the name Invista and have its own board of directors, but [will] be a wholly owned Koch subsidiary.”

KoSa currently has its own board, headed by chairman Bill Caffey, who also sits on Koch’s corporate board. The spokeswoman said that the initial plan was for substantially all of Invista’s 18,000 employees in 50 countries to be offered posts with the new company.

According to market sources, KoSa, headed by ceo George Gregory, has annual revenues of about $3 billion. Invista had sales of $6.3 billion last year and reported an aftertax operating income of $216 million. Through the first nine months of this year, Invista’s sales were up 11.8 percent, though the unit reported a $1.03 billion aftertax operating loss.

In a statement, Koch chairman and ceo Charles G. Koch said, “This acquisition is an excellent fit with our capabilities and vision for long-term growth.”

Merging the Invista unit with KoSa would produce a company with a strong presence in the three major synthetic fibers: polyester, nylon and spandex. Through the late Nineties, DuPont — once well known for its Dacron polyester brand — spun off much of its polyester business into joint ventures, which minimized its presence in that business. It retained a small specialty branded polyester business, offering products such as Coolmax.

Invista executives said being able to offer large quantities of the three fibers might prove advantageous.

“Customers eventually will have the last word, but we will now have a complete offering and leverage the total offering with our customers,” said Bill Ghitis, president of global apparel at Invista.

On a conference call with reporters, DuPont chairman and ceo Charles O. Holliday called the deal “a bittersweet milestone.”

A DuPont scientist invented nylon in 1935 and the company introduced its first commercial product made from the fiber — fake silk stockings — at the 1939 World’s Fair in New York. The company also invented spandex and acrylic and is largely credited with creating the synthetic fiber business.

DuPont customers and competitors said they were waiting to see what Invista operations would look like under the new ownership.

“I basically view [the deal] as a continuing consolidation in the American textile business and I think we have to have a wait-and-see approach as to what type of a company is going to emerge,” said Ed Moskowitz, president of the New York converter, Fabrictex. “I hope for everybody’s sake it remains similar to the DuPont of old.”

Bill Girrier, vice president of sales at the Fall River, Mass., U.S. headquarters of RadiciSpandex Corp., said, “They’re a definite market maker. I’m curious to see at which level they’re going to be leading the industry in the future. DuPont has done a tremendous job over the last 40 to 50 years in creating markets and reinventing old ones.”

Invista executives said they believed there would be an advantage in being part of a privately owned company, which saves them the pressure of managing the business to meet Wall Street’s quarterly expectations. They noted that the cyclical nature of the textile industry in general — and the looming uncertainties the textile and apparel trade faces with the impending end of quotas in 2005 — makes being able to take a long-term perspective advantageous.

In recent years, DuPont executives have made clear they were not satisfied with the growth rates of the textile unit, which prompted the decision to spin it off. However, they noted on conference calls with financial analysts and the media that the parent and its former unit would continue to do business with one another after the deal is consummated.

They also said DuPont will retain pension responsibility for retired workers from the textile unit, as well as pension benefits already earned by current employees.

Holliday said the company planned to use the proceeds of the transaction primarily to pay down debt and not for future acquisitions. DuPont shares closed at $39.73, off 46 cents, in Monday’s trading on the New York Stock Exchange.