Diane von Furstenberg is the latest designer to take a resort collection to the runway — and overseas.

By Robert Murphy and Miles Socha on March 21, 2008
View Slideshow 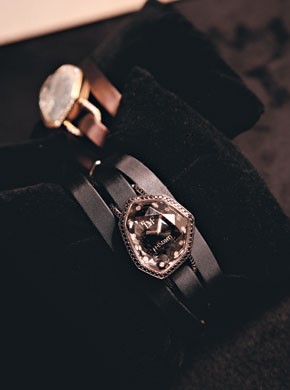 PARIS — Diane von Furstenberg is the latest designer to take a resort collection to the runway — and overseas.

Von Furstenberg plans to unveil a new line of travel-oriented clothes in Florence on June 18 at the invitation of the city and trade show organizer Pitti Immagine, which last January introduced a women’s wear showcase focused on precollections.

In Paris this week to unveil a new watch she designed with Brazilian jeweler H. Stern, the designer said her show would take place at a spectacular private home in the center of Florence that boasts a “romantic” 14-acre garden. The show will be followed by a dinner.

Titled “Hotel Life,” the collection will be “seasonless, very travel-oriented, whether you’re going to Aspen or St. Barth’s,” she said. “I will reinforce more and more that positioning — for the woman on the go.”

The Florence event comes at a time of rapid expansion for von Furstenberg in Europe. Roughly half the DVF business comes from international sales and the company recently opened boutiques in Paris, London, Madrid, Brussels, Moscow and Saint-Tropez, France.

The designer plans to officially fete her two Moscow locations in May. Also slated to open this year are locations in Athens, Delhi, Beijing and Macau.

Von Furstenberg first collaborated with H. Stern a few years back on a jewelry line.

“It’s been a great success and watches were the next legitimate step,” said Roberto Stern, H. Stern’s president. “Diane makes creativity look so simple. She makes the appeal of jewelry universal and she knows how to push the limits.”

For the watch line, which is called the Sutra, von Furstenberg elaborated on an oversize gem theme that she already employed in the H. Stern jewelry collection, giving the timepiece’s crystal multiple asymmetrical facets. It has a three-times-around wrist strap and comes in various materials including titanium and gold pavéed with diamonds.

There are two wristwatch sizes and a pendant version, which can be worn on a necklace or attached to a bracelet. Retail prices range from about $1,400 to $9,000. The watches will be available starting in September.

Von Furstenberg said she wanted the watch to communicate “positive energy” and that inside of each strap would be engraved her personal sutras — or meditation aphorisms — such as love, health and happiness. “It’s time to feel good,” she said.