DVF Brings ‘Journey of a Dress’ to China

Designer is feted with an art exhibit at the Pace Gallery in Beijing. 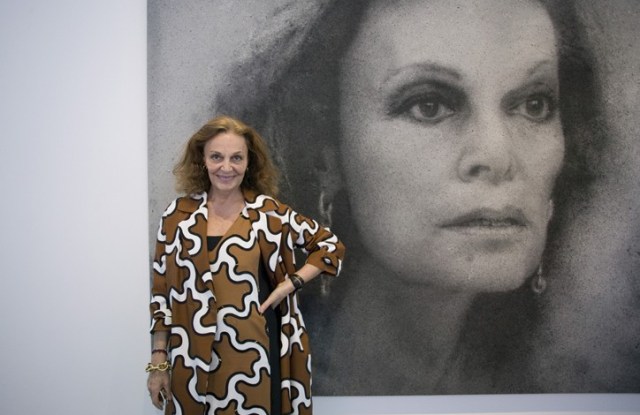 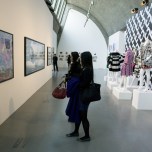 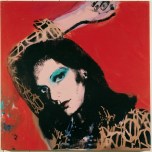 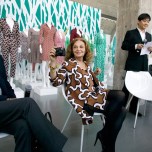 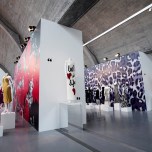 BEIJING — Two years ago, Diane von Furstenberg made a New Year’s resolution that she and her brand would become famous in China. Given the rapt attention Saturday of Chinese fashion press and others at her exhibit opening in Beijing, it seems the iconic designer is on her way to achieving that goal.

Von Furstenberg swept through China last week, capping off events in Hong Kong and a “Red Ball” in Shanghai with the opening of “Diane von Furstenberg: Journey of a Dress” at the The Pace Gallery here. The exhibit, which has toured elsewhere in years past in different variations, now includes new works from several prominent Chinese artists who were commissioned to add to the collection of clothing, portraits and artwork that represent von Furstenberg’s 40-year body of work.

“It means a lot to me for so many reasons,” von Furstenberg said of the Pace exhibit. “I have loved China ever since I was a little girl.…I was influenced aesthetically by Chinese design.”

Though her line is a relative newcomer to the Chinese market, von Furstenberg herself is no stranger to this country. Over the past 25 years, she has visited scores of times, drawing on the country’s energy and aesthetic for inspiration in her own work. The exhibit is part of her push to become known in China, an effort that also includes social media. Her account on the Chinese microblogging site Sina Weibo picked up 25,000 followers in just the first few days.

But von Furstenberg says her approach to China is deliberate, and she will only move forward and expand according to market demand.

“To sell in China was a natural extension,” she said. “It drives me insane when people say the Chinese copy everything. We’ve been copying from them and drawing from them for centuries.”

She compared today’s China with the United States she found as an immigrant 40 years ago from Belgium. The energy, openness and optimism are all similar, she said.

“What I found in America is something I feel about China now,” said von Furstenberg.

The designer has two stores in Beijing and one in Shanghai, with plans to add another in Shanghai and a fifth location in a city not yet chosen. She said her company is making plans carefully, rather than trying to force itself on the market. Instead, much of the work lies in creating brand recognition and a loyal base.

Beyond branding and selling clothes, von Furstenberg also wants to engage in China the way she has in other countries, with potential mentoring and speaking programs for Chinese women.

The exhibit will continue through May 14. In addition to paintings and photos from Mario Testino, Andy Warhol and Chuck Close, it now features new works from Chinese contemporary artists Zhang Huan, Hai Bo, Li Songsong and Yi Zhou. The four new pieces are distinct takes on portraiture of von Furstenberg, from images by Zhang done in his signature ash to a multimedia installation by Yi.

“It was very important that I bring the exhibit here, that I somehow be involved with Chinese contemporary art,” said von Furstenberg.

The exhibit is a rarity for the gallery, which typically sticks to showcasing exclusively Chinese contemporary art.

Arne Glimcher, founder of The Pace Gallery originally in Boston and current director of all four Pace locations, said this exhibit was a natural fit for Beijing.

“This is a dynamic woman who moves through time gracefully,” he said of von Furstenberg.