The Inside will offer well-priced, made-to-order furniture that arrives in less than two weeks. 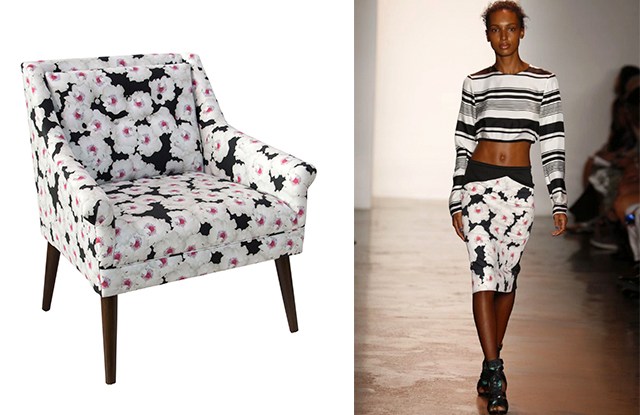 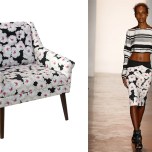 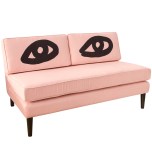 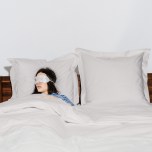 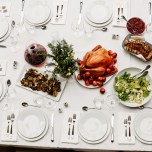 NEW YORK – “Bespoke, fast design.” The words Christiane Lemieux used to describe direct-to-consumer startup The Inside are two adjectives rarely used together when it comes to home furnishings and fashion. But in the case of the furniture e-commerce site, which launches today at theinside.com, they work.

In Lemieux’s world, made to order goes hand-in-hand with speed – and fashion – where the finished product arrives at a customer’s doorstep within two weeks of an order being placed. To be exact, the entire process takes anywhere from six to 14 days, depending on where in the country something is being sent, Lemieux told WWD during an interview at the brand’s TriBeCa headquarters here.

“When I say ‘fast design’ it’s actually the opposite of what we think of as fast fashion because sometimes the implications of fast fashion are wasteful. Everything [here] is made to order. Everything is custom. We carry no inventory. We digitally print the fabrics so the footprint is amazingly small,” Lemieux said of the roughly 140 different chairs, couches, beds, screens, ottomans, benches, settees, and furniture for kids offered online in trend-driven styles and prints.

“Fast design comes into play because what we can do is create endless styles… We can 3-D model before we even use a piece of wood to make a sample,” she continued.

For Lemieux, a veteran of the home space who founded DwellStudio in 1999, it became “go time” when digital printing got to a place where it was suitable for upholstery. At the time, she was still working at Wayfair, the home marketplace that acquired DwellStudio in 2013. Lemieux stayed on after the acquisition for two-and-a-half-years, citing an “incredible backend” as part of Wayfair’s success, but ultimately left in 2015 to pursue something more “design first.”

“We’re able to translate trend but then ship in a box so you don’t have to wait for white glove delivery… [and] the prices – for custom – are incredible. It allows you to bring fun and personality back into your interiors. Because of the supply chain, we can take risks that no one else can take. If something sells well we can keep it in the line forever, [or] we can make just one of something crazy,” Lemieux said, dubbing her startup the “Zara meets Casper of home.”

Peter Som and Clare V.’s Claire Vivier are two of the launch partners who have provided their prints so customers can create any of the up to 850 stockkeeping units available for custom order. Prices start at $219 for an ottoman and go up to about $1,000 for a bed, with an average price of $300. The sweet spot ranges from $400 to $600, according to Lemieux. A pipeline of collaborators – including Jaime Derringer of Design Milk, The Everygirl’s Alaina Kaczmarski and Danielle Moss, a luxury fashion house that’s still finalizing details, and high-profile interior designers – will cocreate collections to roll out in the coming months.

“Vertically in the furniture landscape, you have a few brands that are real brands offering home furnishings that are build around an aesthetic – Pottery Barn, Williams Sonoma, West Elm and Crate & Barrel. They are leading with a whole-home approach and an aesthetic. We’re coming at this from less of an aesthetic style certainly – we want to offer all kinds of styles,” Green said of what she believes is a “white space opportunity” in home.

Green explained that The Inside doesn’t stand for any one style; it stands for the bigger idea of having fun with your furniture – a new mindset especially pervasive among Millennials and young professionals in urban areas. Because of the price point, it allows customers to style in the context of their rooms at the given time, instead of viewing furnishing as a “huge investment that I have to have forever.”

Another factor that makes this venture attractive to Green is a business model that doesn’t require having “tons of money tied up in componentry parts” or having to buy inventory nine months in advance. Because The Inside can digitally print all of its proprietary fabric on an as-needed basis, it’s eliminated the need to buy in large quantities – which allows for investment in other areas of growth.

Green was vague about future plans but hinted at strategic retail partnerships in the future, as well as an eventual offline presence.

Lemieux isn’t the only one who saw a white space in the home category online. One Kings Lane grabbed market share early when it launched in 2009, raising $225 million in funding before being acquired by Bed Bath & Beyond last year. And then there’s Snowe, a direct-to-consumer startup co-founded in late 2015 by Rachel Cohen and Andres Modak that’s on track to grow 600 percent in its second full year in business.

Snowe, which has raised $2.5 million to date from investors like Chris Burch and the founders of Warby Parker and Modcloth.com, carries more than 100 in-house designed products at snowehome.com. Divided into four categories – Eat, Drink, Sleep and Bathe – the site groups product into behaviors, according to Cohen, who counts Italian percale sheet sets and Limoges porcelain four-piece dinnerware sets as bestsellers. The former is a “major driver of growth” for the brand, she said of the 500-thread count, made in Italy, Egyptian cotton bedding that has sold out numerous times.

“Bedding and dinnerware are definitely a core part of our revenue, but the big thing for us and how we saw the landscape in home, was the way you shop for home is very different than the way you shop for fashion. This is why we launched multi-category,” Cohen said. “In fashion, you can have a lot of companies that focus on a single product or item that they can launch with – but what we saw is that customers want that destination where they might buy their bedding… [and] when they’re ready for dinnerware, they’ll come back to shop our other categories.”

Cohen likened Snowe’s assortment of home essentials to the “jeans and white T-shirt of the home.” Offering “luxury quality” materials at accessible prices is paramount in setting up one’s space, she said, but providing a simplification of the home for customers has become equally important for the brand. For instance, the site sells one type of red wine glass and one type of white wine glass.

“[Prices are] substantially below what luxury items typically cost in department stores. We design it all in-house because we focus on the functionality and labor, and less on embellishment. That’s how we’re able to offer additional value… We design everything and we partner with a supplier in each category,” Cohen said.

The brand’s retail lab, The Whitespace, bowed earlier this year and in October, Snowe’s first pop-up shop will open in SoHo in Manhattan.