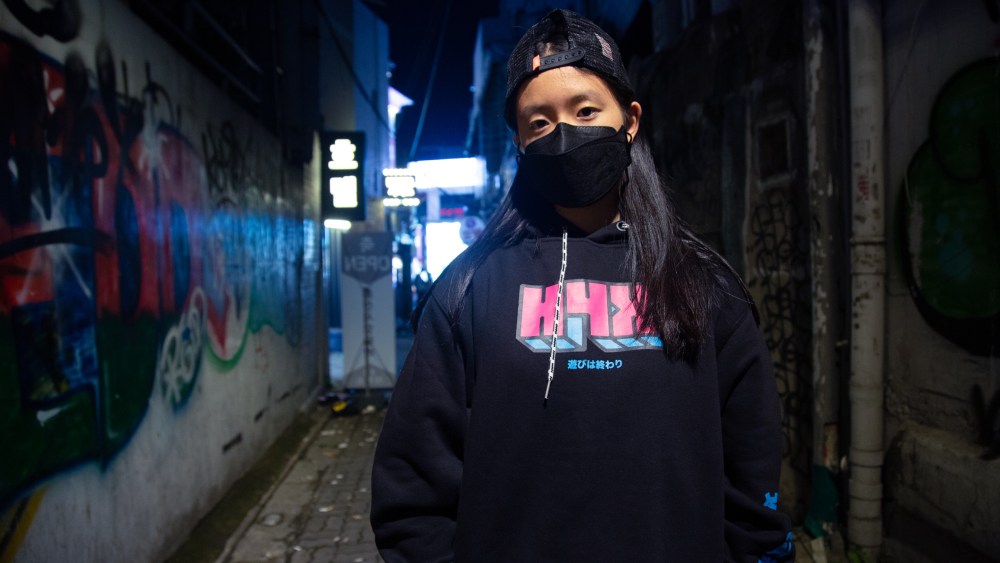 It’s a nine-digit business opportunity in the making, but up until now, the mainstream apparel industry has largely ignored the potential of e-sportswear. That’s the clothing worn by players and teams involved in online gaming, competing in digital games like League of Legends, World of Warcraft and Fortnite online.

“Who will be the Off-White of gaming?” Jens Hilgers, one of the founders of ESL, the world’s largest e-sports company, asked at the recent FashionTech conference in Berlin. “The fashion industry is late to this sector. They have tried to put e-sports into a box, but that’s the wrong thing to do.”

“It’s a lot like skateboarding was once,” Hilgers explained to WWD later. (He now runs Bitkraft, a Berlin-based venture capital fund focused on the sector and one of his recent investments was in H4X, a specialist clothing brand for gamers.) “It was a subculture people were unfamiliar with. People were saying: ‘What the hell are those kids doing with those boards?’ But skateboarding went from being a small subculture to something really huge, that a lot of other people also wanted a part of.”

Hilgers thinks that’s where e-sports is at now. With up to an estimated 800 million players worldwide, 200 million of whom are particularly dedicated and play for over an hour a day, it’s poised to break through to the mainstream. “I think gaming could be even bigger than [skateboarding] though,” Hilgers added, “because it’s happening in a virtual world. It will be a paradigm shift.”

“Kids are growing up wanting to become the next Ninja [a professional gamer with more than 14 million followers], not the next NBA star,” claimed Breanne Harrison-Pollock, the Los Angeles-based founder of Ateyo, an e-sports-dedicated brand.

At the same time, there are only handful of clothing brands — like Ateyo and H4X — dedicated to dressing gamers.

There’s no doubt that e-sports is pushing through to the mainstream. Newzoo, a consultancy providing market intelligence in the sector, recently predicted that global revenues in e-sports will hit $1.1 billion in 2019, up 27 percent from 2018. Money is pouring in from all kinds of unrelated brands, all wanting to access a young, tech-savvy, cashed-up audience — almost 80 percent of gamers are under age 35. Recent deals have been done by everyone from Coca-Cola to carmakers (Audi, Honda, Nissan, BMW) to fast food (Snickers, Domino’s, KFC, Kellogg’s) to telecom (AT&T and T-Mobile), among others.

Newzoo believes that e-sports’ revenue could be worth around $1.8 billion by 2022 and although the consultants said a lot of that money will be in advertising and sponsorship, merchandise sales are also expected to grow rapidly.

That’s where apparel comes into it. Adidas, Puma, Snipes, Undefeated, Jack & Jones, Giorgio Armani and Nike have all done sponsorship deals with e-sports teams; Champion and New Era have a line of fan gear for e-sports players, and K-Swiss has designed two sets of e-sports shoes. Up until relatively recently most e-sports clothing was only available online but as of this year, the Champion collection can be bought at Foot Locker stores around the U.S. and in March, H4X revealed a distribution deal with Macy’s.

In the past, e-sports teams would simply print their logos on an unbranded hoodie or T-shirt — but those days are over.

“The myth of gamers being sad nerds who are ugly and anti-social and don’t take care of themselves has gone,” said Carlos Rodriguez, an e-sports champion and founder of the Berlin-based team G2 Esports, which is valued at more than $100 million. Rodriguez himself became well known for wearing a trademark colorful scarf tucked around his neck while he played and he said that as the top players make more money and buy more designer clothes, so do their fans. “Gamers are increasingly interested in fashion — and not only what you wear in real life but also in in-game costumes,” he said.

His team has successfully tested this theory, it started making its own G2 apparel line and, Rodriguez said, have achieved 260 percent growth, quarter on quarter.

Another successful collection comes from the e-sports team 100 Thieves. Part owned by sports-savvy musician Drake and entertainment heavyweight Scooter Braun, drops by the brand every few months have sold out almost immediately. The company was only founded in 2017 but has been hiring a stream of apparel veterans over the last few months after completing a Series A round of financing last October that, in addition to Drake and Braun, also saw Sequoia Capital, WndrCo, Marc Benioff, Tao Capital, Green Bay Ventures and Advancit Capital take part.

“100 Thieves have an authentic connection to e-sports and they dress celebrity streamers, influencers and [live-streaming platform] Twitch users,” Hilgers explained the appeal. “They have also sponsored somebody you could call the Tony Hawk of the gaming world. All that gives them a lot of traction.”

Despite all this opportunity, there are still some barriers to entering the market and these may well explain why mainstream fashion manufacturers haven’t been as quick to explore their options in e-sports.

“It’s a subculture that many people, who didn’t grow up with gaming, are unfamiliar with,” Hilgers told WWD. “A good brand in any sector has a connection with its target audience. You can’t build a brand if you’re not passionate about the subculture yourself. And I don’t think that many experienced fashion professionals are hard-core gamers themselves.”

That’s why G2’s Rodriguez advises mainstream apparel manufacturers who want in to partner with those who know the game best.

“E-sports is a really special community with a lot of intricacies,” explained Harrison-Pollock of Ateyo, which was founded in 2018. “To truly add value, you have to spend time learning and listening to what the community needs. The industry is young and changes rapidly, which makes it challenging, but exciting, to work in.”

There are a lot of trends and currents in the sector and they change very quickly, Rodriguez agreed, before talking about the self-effacing humor that the G2 brand stands for. “’We have to look like we don’t smell’” is one of their slogans, he said, laughing. And sure, that is funny, but it’s also a long way away from the rarified air at your average fashion show.

Additionally, most e-sports players are male. Only around 10 percent are female, although an estimated 25 percent of fans are female. This makes women’s wear a less lucrative proposition, although smaller specialist brands like Ateyo are trying to make headway there.

An e-sports wardrobe can have technical requirements but in general, it’s not as specialized as something like mountain climbing or motor racing, so those factors shouldn’t be a huge barrier to entry. Although, as Harrison-Pollock noted, “gaming does put a strain onto your body. Posture, circulation, repetitive movements, air flow, sitting for extended periods — all these are different challenges than you’d find in other activities.”

What may present the biggest technological challenge is what Hilgers described as that “paradigm shift.” Companies need to think “digital first,” he said. “How do you give a garment functionality in both the real and virtual worlds?” he suggested. “And how do you connect those worlds through clothing?”

Some are trying: In May, Nike offered players of Fortnite the chance to buy Air Jordan sneakers to wear in the game. Other promotions in Fortnite have seen gamers able to wear virtual football jerseys. Earlier this year, Moschino — encouraged by designer Jeremy Scott — launched a capsule collection in The Sims game. The items were available to buy in the game and in real life.

This could also be where the currently rather gimmicky area of digital-only fashion becomes more commercial. “In-game costumes don’t make you a better player, but they do make you look different,” Rodriguez said. “And that’s something gamers are increasingly interested in.” And, he added, willing to pay for.

An in-game costume might be priced anywhere between $5 and $30 — for example, the Air Jordans package cost $20 on Fortnite and a Moschino outfit around $5 on The Sims. In real life, Moschino’s “pixel skirt” was a lot more expensive, priced at more than $300.

Rodriguez said that as yet, no single mainstream product has crossed over to the e-sports market to become universally popular, in the way that, say, Louis Vuitton became popular with the hip-hop community.

Even the fact that gamers keep named dropping Off-White seems to be a sign of how things are changing. It’s not necessarily about Off-White’s collections, though, Rodriguez replied when asked why e-sports so desperately wants their own Abloh.

“It’s more because he represents an idea,” Rodriguez concluded. “He comes from something outside of the mainstream.”