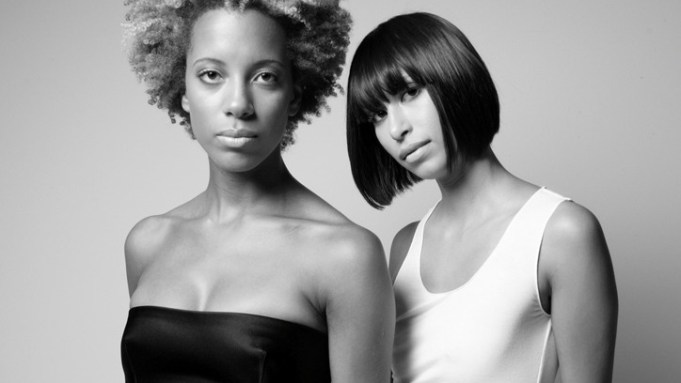 The recipients are Lyn Devon, Matthew Ames, Cushnie et Ochs by Carly Cushnie and Michelle Ochs, and Ohne Titel by Alexa Adams and Flora Gill in the women’s design category. Corpus, by Jerrod Cornish and Keith Richardson, was honored for men’s design, and jeweler Monique Péan won for accessories.

Each emerging label received a $25,000 grant to help showcase its collection at New York Fashion Week in February. The form of showcase is uncertain, as the cost of a runway show generally exceeds the cash value of the prize, and the Council of Fashion Designers of America has urged emerging designers to consider presentations this season.

“We recognize the difficulties emerging designers face in bringing their visions to life, especially in this tough economic climate,” said Patrick Coyle, marketing director for Ecco Domani. “We hope that the support of the Ecco Domani Fashion Foundation will give these designers the opportunity to bring a whole new level of talent and excitement to the fashion community.”

The judges committee — which consisted of executives from Macy’s, Barneys New York and Neiman Marcus, editors and other insiders — selected the award recipients from more than 150 applicants, who had to submit references and photographs of their work, and have at least one retail account and no more than five years in the business.

The entire group is traditionally celebrated with an Ecco Domani-hosted breakfast that kicks off fashion week.