The period film is based on the Jane Austen novel "Lady Susan." 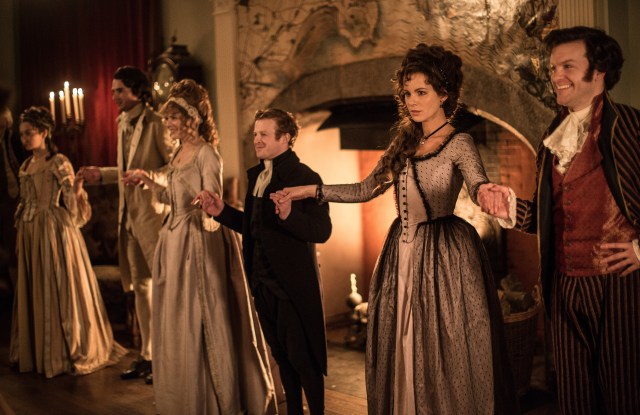 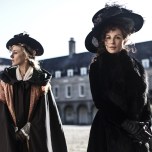 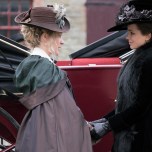 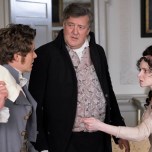 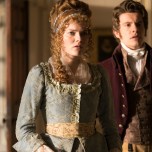 Director Whit Stillman tapped the Irish costume designer, who had also worked on the 2007 Austen biopic “Becoming Jane,” to re-create the ornate fashions of the late 18th century for his “Love & Friendship.” “It’s really about doing as much research as you can in the time,” she explains of winning over Stillman for the job. “The thing with costumes as opposed to fashion is costumes have to help the story,” she continues. “It’s about creating pictures, like re-creating paintings from the period. I knew that Whit was really interested, so I kept sending him designs, drawings and fabrics.”

Mhaoldomhnaigh had to be resourceful for the film, setting out to showcase the sartorial extravagance of the period on a relatively small budget. “We really had to be very astute and clever about how we were spending the money,” she says. All of Kate Beckinsale’s costumes and the majority of Chloë Sevigny’s were custom-designed; certain pieces for the men’s looks were bespoke as well.

“I kind of felt like the on-screen relationship between Kate and Chloë was the most important relationship in the film,” Mhaoldomhnaigh explains. “They’re very sexy,” she says of the leading ladies’ costumes, which feature an array of jewel tones, brocades and ornate embroideries. “It’s that real classic feminine look. The whole shape is being defined by the underwear. The corset right down to the waist, then these big petticoats are the layers under the skirt creating all that volume.” It’s a silhouette — big hips, small waist and an accentuated bust — that’s also made a comeback recently in pop culture: think Kardashian.

The idea of the dandy also started taking root in England around the late 1700s, and the men in the film carry that refined look on screen. “The men, they’re not wearing corsets, but the clothing is cut so tightly and so fitted it makes them stand very erect and straight,” Mhaoldomhnaigh says.

Like most fashion codes, the style in the film boils down to where the characters fall on the social rung. Lady Susan Vernon is decked in elaborate style, and Mrs. Vernon is set on marrying into money to keep it that way. “It’s all about the class system, and I think Jane Austen was very aware of that,” Mhaoldomhnaigh adds.