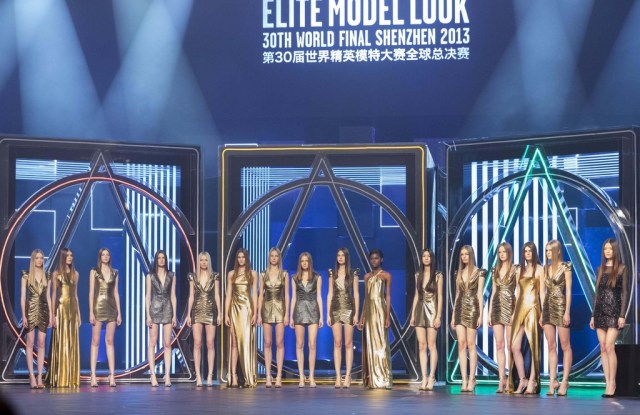 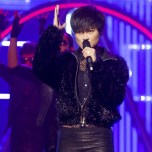 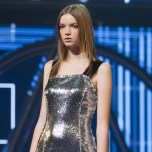 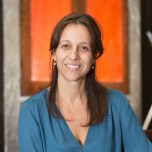 SHENZHEN — The Elite Model Look contest took place here on Wednesday night, marking the event’s 30 years and signaling China’s importance as a manufacturing hub and a growing market for fashion consumption and marketing.

The Model Look contest has previously been held in Shanghai and Sanya, but this year it was moved to Shenzhen, near Hong Kong, after Elite signed a partnership agreement with the Shenzhen Longhua New District Dalang Fashion Valley.

“Shenzhen, in my opinion, is very interesting because there is a concentration of manufacturers. And there are also brands. For me, this is very important, as we work in collaboration with professional people in fashion in order to create a system,” said Stefania Valenti, chief executive officer of Elite World, the parent company of Elite Model Management.

As part of the long-term agreement, Elite has agreed to offer professional services and education, and create events with Chinese labels and brands.

She said the new agreement would involve much more than supplying models to Chinese brands: Elite will be working with Longhua to create a “fashion ecosystem” that includes manufacturing, modeling and other professional services such as design education, stylists and more.

“Longhua wanted to set up a long-term relationship with a partner like Elite, which has expertise in fashion and can support Chinese brands now,” said Valenti, adding that, in the future, labels that become brands will need to use different services.

“We are now in the process of collaborating with our professionals in order to provide all the services. We want to bring the excellence in the professional system to China [with] ideas such as starting a school or educational program. We can start to create this hub together,” she added.

The Elite contest took place at the Poly Theater before a glamorous audience of 1,800 that included local and regional celebrities and agents. The competition itself took place in Mandarin and English, and was hosted by the Hong Kong-based actor and model Oli Pettigrew, and Wang You Jia, a Chinese TV host.

Veteran Elite supermodels Liu Wen, Charlotte Di Calypso and Malgosia Bela were also at the contest and served as mentors to the 55 aspiring models over the last two weeks.

Chinese pop star Chris Lee, who is known as Li Yuchun, performed two songs during the competition. Lee rose to fame after winning a nationwide American Idol-style contest in 2005.

As in past years, the contest has been packaged to be broadcast worldwide. In China, the final contest and the two weeks of the models’ “bootcamp” will be made into two 45-minute episodes and aired on Shenzhen Satellite TV.

Internationally, the contest and bootcamp experience will be made into a six-part web series. Last year, the show was aired in 50 countries and seen by 100 million people worldwide, according to Elite.

Elite currently has three offices and 40 members of staff in China, in Hong Kong, Shanghai and Guangzhou. Valenti said there are plans to open two new offices in 2014 in Shenzhen and Beijing.

The modeling agency has met with challenges in China. In 2011, Elite executives said they expected China to generate 20 percent of revenue within a few years, but they later had to readjust that time frame, as progress has been slower than expected.

Besides staffing difficulties — a common problem in China — Valenti has also said that convincing Chinese brands to pay a premium for foreign models has been difficult, since local modeling agencies charge far less and many inexperienced models are present in China.

Valenti said she sees those trends shifting, however, and there is growing opportunity among domestic brands.

“I think that, now, Chinese fashion brands and fashion accessories labels are entering a phase where they need to grow their brands. They are keen to start shooting campaigns in Europe and the U.S. with an important photographer. They are starting to understand how important it is to create an experience with the right image. This is the reason we are here,” she said.