NEW YORK — Designer Linda Allard believes in drawing inspiration from all sources when it comes to conceptualizing products —?and few projects illustrate that point more clearly than her latest fragrance, which is inspired by an off-hours... 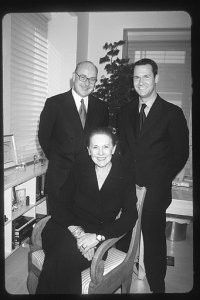 NEW YORK — Designer Linda Allard believes in drawing inspiration from all sources when it comes to conceptualizing products —?and few projects illustrate that point more clearly than her latest fragrance, which is inspired by an off-hours hobby.

When she’s not designing clothing, Allard, who is design director for Ellen Tracy, is an avid gardener — and Imagine, the newest Ellen Tracy fragrance, is inspired by her favorite garden flowers, such as magnolia and rose. She also dabbles in aromatherapy, something else she brought to the table with the new scent. “Not only do they smell wonderful, many of the notes in the new fragrance have specific purposes,” noted Allard. “For instance, magnolia inspires confidence, rose strengthens the mind and sandalwood calms the mind.”

The Imagine juice, by Symrise’s Maurice Rouzel, includes top notes of magnolia, violet, ylang ylang and osmanthus; middle notes of rose, cyclamen and muguet, and bottom notes of sandalwood, vanilla and musk. The fragrance is packaged in a silver-topped oval glass orb, and the juice is tinted pale blue. Imagine’s outer box is comprised of pale blue side panels and an opalescent white front.

Don Loftus, president and chief executive officer of Cosmopolitan Cosmetics, agreed. “The original Ellen Tracy scent, launched in 2000, is our largest single scent,” said Loftus. “We’re looking for a similar success with Imagine — our aim is to be in the top 10 in the doors we’re in.”

The Imagine collection includes eau de parfum sprays in three sizes: 1 oz. for $40; 1.7 oz. for $48, and 2.5 oz. for $68, and two ancillaries, a 6.7-oz. body lotion for $38 and a 6.7-oz. body wash for $35. It will launch first in April at Macy’s East —?which introduced the first Ellen Tracy scent — followed soon after by Marshall Field’s, Rich’s, Foley’s, Macy’s West and The Bon Marche, for a total of about 450 doors in the scent’s first launch wave. In mid-August, the scent will roll out to additional department and specialty store doors, for a total of about 850 U.S. doors when distribution is complete. The original Ellen Tracy scent is in about 1,200 doors.

While none of the executives would comment on projected sales or advertising spending, industry sources estimated that the Imagine lineup would do upward of $25 million at retail in its first year on counter and that between $12 million and $14 million would be spent on advertising and promotion.