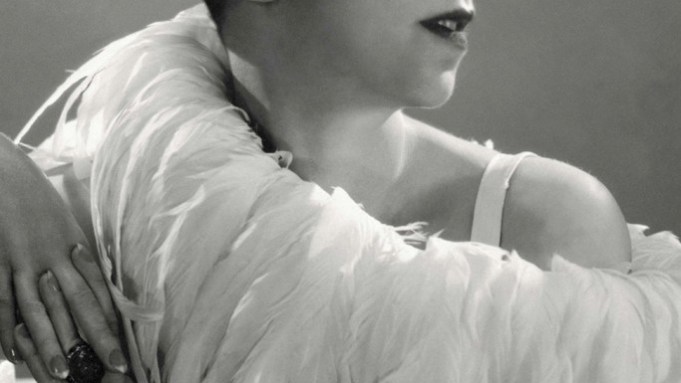 NEW YORK — What would a conversation between Elsa Schiaparelli and Miuccia Prada be like?

Next spring, this will be a key theme of “Schiaparelli and Prada: Impossible Conversations,” at the Costume Institute exhibition at The Metropolitan Museum of Art. After breaking records with “Alexander McQueen: Savage Beauty” last spring, the Costume Institute will be examining the work of these two Italian designers, from the way they broke with fashion convention and subverted notions of taste and glamour to their affinity for the art world.

Scheduled for May 10 to Aug. 19, Amazon will underwrite the exhibition with the additional support of Condé Nast. Jeff Bezos, founder and chief executive officer of Amazon.com, will be the honorary chair of the May 7 benefit, with Carey Mulligan, Miuccia Prada and Anna Wintour serving as co-chairs.

Baz Luhrmann will serve as the exhibition’s creative consultant and work with production designer Nathan Crowley. Luhrmann, with Crowley and Raul Avila, will also be in charge of the design for the benefit.

“We wanted to do something that was completely different but consistent with our strategy, which is to look at things in the present to lead us into the past,” explained Harold Koda, curator in charge of the Costume Institute, who is putting together the show with curator Andrew Bolton. “We played around with a lot of different ideas where we would have this play between history and contemporary issues.”

Koda noted that an impetus was to highlight the Schiaparelli pieces the Costume Institute received when the Brooklyn Museum Costume Collection was transferred to the Met in 2009.

“Once we got Schiaparelli as the core part of what we wanted to do, it became a logical jump to Miuccia,” Koda said. “They are both Italian women, and even though Miuccia might not describe herself as a feminist, what we see is these two very strong women with a very strong aesthetic.”

While Schiaparelli’s work can’t reference Prada’s — she died in 1973 — and Prada’s work never references Schiaparelli’s, there are “significant resonances” between their designs, according to Koda. “They are both very provocative for their time,” Koda said. “We thought it would be very interesting to pit these two women together in an anachronistic conversation.”

So Koda and Bolton turned to Miguel Covarrubias’ “Impossible Interviews” in Vanity Fair in the Thirties as an inspiration, and the plan is to create conversations between Schiaparelli and Prada by juxtaposing their viewpoints on several topics. The show’s title is inspired by Umberto Eco’s books “On Beauty” and “On Ugliness,” and the special exhibition galleries on the museum’s first floor will feature such themes as “On Art,” “On Politics,” “On Women,” and “On Creativity.”

“We thought, ‘If we can play with that idea of what Schiap would say, with her real words, and what Miuccia would say, in her real words, on a variety of issues, we could end up with something that was a mind-teaser for the audience, and would allow people to see Schiap with increased relevance and Miuccia with a different kind of understanding than they perhaps already have. We want it to be serious in content but playful in its approach,” said Koda.

While the installations are still being developed, “We are hoping to have interesting media to be able to articulate it,” Koda said. “Our feeling is that it will be a strong juxtaposition of things. It is going to have a very high-tech aspect. We want the past to come alive, and situated in the same space as the present.

“The thing about Prada is she always seems a heartbeat ahead of taste, but by transgressing, she moves contemporary society into a new aesthetic,” Koda added. “Schiaparelli did the same thing, but in the same way as anyone who breaks ground and becomes accepted, it suddenly then seems normative. I think people will leave with a sense of how provocative both women have been and really are.”

For Amazon, this was a natural fit. “We are firmly committed to our fashion businesses and so we were honored to provide support to such an important institution and further that commitment to the industry,” said Catherine Beaudoin, vice president, Clothing, at Amazon.com. “We are also particularly intrigued by this exhibition, because, as a company, we believe so strongly in innovation, so we were that much more delighted to support an exhibition celebrating two such ground-breaking and unconventional designers.”