End of Quotas in 2005: Industry Execs Predict 15% Plunge in Prices

While there are lots of uncertainties in this last year of quotas, one thing is clear: Come Jan. 1, the price of imported goods will drop significantly. 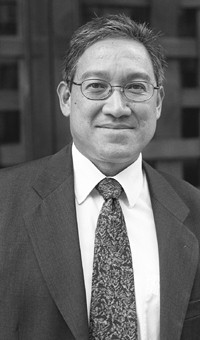 NEW YORK — Apparel executives are facing a slew of uncertainties as they work through the last year of the quota system, but one thing is clear: Come Jan. 1, the price of imported garments will drop significantly.

This story first appeared in the January 14, 2004 issue of WWD. Subscribe Today.

There’s also consensus that imports from China will grow steeply, with an expected economic and social fallout on third world countries.

“We see a lot of impact on pricing,” when the nations of the World Trade Organization drop their quotas on textiles and apparel, said Mackey McDonald, chairman and chief executive officer of VF Corp. “How much are prices going to change? The assumption we’re making is about 15 percent.”

McDonald, along with three other top apparel executives, made this presentation at a Monday evening seminar sponsored by Financo Inc. called “How to Cope in a Changing Quota Environment.” His projections were in line with those offered by fellow panelists Paul Charron, chairman and ceo of Liz Claiborne, who projected price declines from 5 to 20 percent, with an average of 15 percent; Li & Fung Ltd. group managing director William Fung, who projected declines of 15 percent of more, and Kellwood Co. president of operating services W. Lee Capps 3d, who said he was expecting to see a 10 to 15 percent price drop.

Fung explained that there are two reasons to expect the price of imported apparel to drop next year. The first, and simplest, is that quota rights are essentially traded as commodities in most nations. Exactly what portion of a garment’s price results from the purchase of quota rights can vary widely, depending on the nation, product category and time of year, with prices typically rising as the amount of quota available becomes scarce toward the end of the year.

In some cases, sources have said, quota rights can represent half the landed cost of a garment — before wholesale and retail markups. Fung said on average quota rights probably represent about 15 percent of the cost of garments bought in the U.S.

The second reason to expect prices to drop is greater market efficiency, he explained. Just as importing nations allocate certain amounts of quota rights to certain countries — for instance, Vietnam last year was allowed to import a little under 5 million shirts into the U.S. — individual countries allocate their total quota allocation among local manufacturers.

Those allocations are often based on manufacturers’ market share at the time quotas were put in place — three decades ago for most categories. Fung said that system has not rewarded the most efficient manufacturers, but rather created a system in which certain grandfathered-in companies were effectively guaranteed a certain amount of business. In some cases, according to sources, companies with large quota allocations have opted to give up manufacturing entirely and simply make their money by selling quota rights.

Charron agreed the quota system has had a major effect on where orders were placed. He said, “Fifty percent of every sourcing decision today is a function of quotas.”

Once the quota system is lifted, Fung said, inefficient manufacturers will lose their former advantage and, “Now you go to the most efficient operators within each country.”

The panelists said the country most likely to gain market share as a result of the end of quotas is China.

Charron said Claiborne currently sources about 30 percent of its products from China and the Hong Kong Special Administrative Region, and said his company estimates that eventually 50 to 80 percent of the apparel consumed in the U.S. could come from China.

He said that estimate “seems plausible” in light of China’s greater-than-90-percent market share in the U.S. toy, small electric appliances and bicycle markets, none of which are controlled by quotas. China has also seen explosive growth in the handful of categories that the U.S. has already freed of quota restrictions under the WTO’s 10-year phaseout period.

A fifth panelist, Deloitte Research global director Ira Kalish, noted that since the U.S. in 2001 dropped quotas on luggage made from man-made fibers, China’s market share in that category has soared from 13 percent to 62 percent, and the average landed unit price has dropped from $13.51 to $5.23.

The rapid growth in China’s shipments of bras, dressing gowns and knit fabrics to the U.S. prompted the Bush administration to start the process of imposing temporary safeguard quotas on those categories of Chinese imports. The terms of the U.S.-China bilateral trade pact that paved the way for China’s WTO admission allow the U.S. to impose safeguard quotas on categories in which Chinese imports cause market disruption. That measure expires in 2008.

The panelists agreed that it’s highly likely that the Bush administration — or whoever is sworn in as president next year — will take some kind of action to limit Chinese imports, given the rising concerns about the trade deficit and unemployment.

“You’re going to need a sourcing strategy based on continuing restrictions,” said Kellwood’s Capps. The best-case scenario, he said, would be if the U.S. and China agreed to work out a restraint system before January, so importers can know what to expect.

The problem, according to Fung, is that such a preemptive deal appears unlikely. “The stance on the Chinese side…is going to get us into a lot of uncertainty,” he said.

He noted that he had recently discussed the issue with Chinese trade officials in Beijing and had been told there would be “no preconsultations” on the possibility of a 2005 import surge.

“The mind-set of the Chinese negotiators is very technical,” he said, explaining that they apparently plan to wait until the U.S. can prove that there has been a surge in Chinese shipments before they will discuss further safeguard quotas. The goal, Fung said, appears to be delaying the imposition of trade restraints until perhaps the end of 2005.

The motive for delay is clear: The safeguard provisions call for quotas that would be 7 percent higher than the previous year’s shipments to the U.S. If Chinese exports to the U.S. do surge, delaying would give the Chinese negotiators a bigger base from which to work.

But that delay is anathema to executives, Fung said: “There is going to be a lot of instability. There will be chaos.”

Charron pointed out that, regardless of any safeguard quotas put in place in 2005, Chinese imports will also be free of quota restrictions come 2008. He said smart executives should be planning for that reality.

“You are looking at inexorable movement,” he said.

If China’s market share grows dramatically in the post-quota environment, that growth will come at the expense of the many developing nations that rely on apparel exports as a key source of foreign-exchange earnings. The panelists agreed that many nations will lose out, at what could be a cost of social and economic stability.

In Bangladesh, for instance, Deloitte’s Kalish said 15 million jobs could be at risk if China’s exports are allowed to grow unchecked. That represents more than 10 percent of the country’s population. In the year ended October, Bangladesh was the U.S.’s 15th-ranked supplier of apparel and textiles, according to Commerce Department data.

“That could be a social catastrophe,” Kalish said.

Kellwood’s Capps said the loss of apparel jobs in much of the developing world is “going to be a very major issue.”

For example, apparel exports have been a key engine of economic growth in Latin America.

“It’s a cause of great concern,” Charron said. “The scary part is…in this hemisphere, the last thing we need are desperate governments on our borders.”