From Jan. 11 to 13, some 350 vendors and upward of 4,000 domestic and international buyers are expected to descend on Manhattan’s West Side at Pier 94. 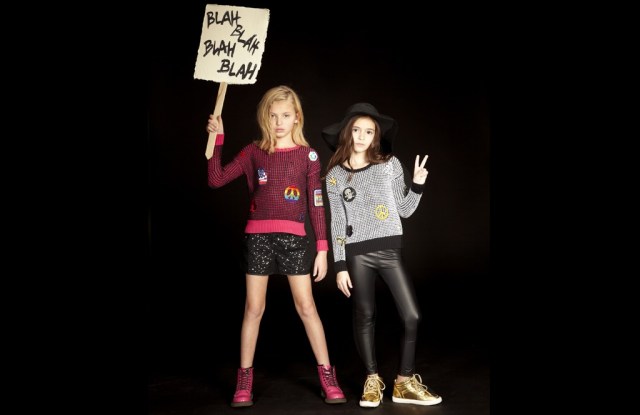 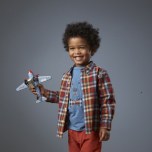 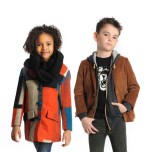 ENK International’s Children’s Club is readying for its biggest — and most international — January show to date.

This story first appeared in the January 5, 2015 issue of WWD. Subscribe Today.

The annual winter trade show typically has been a place for designers’ spring and summer collections, with retailers aiming to place orders closer to each upcoming season for more immediate business. But it is increasingly becoming an ideal time for brands — particularly international ones, such as Catimini, Bóboli and JoJo Maman Bébé, to name a few — to showcase new fall lineups as well.

They are vying for a piece of the $30.4 billion U.S. children’s apparel market, which, according to The NPD Group, accounts for about 15 percent of the total apparel market.

“We have more European collections than ever before and a special section dedicated to international brands,” said Lee Rosenbaum, sales director at ENK. “Across the board, in every sector from contemporary to infants, international vendors are well-represented.”

From Jan. 11 to 13, some 350 vendors and upward of 4,000 domestic and international buyers from Neiman Marcus, Lord & Taylor, Amazon, Bloomingdale’s, Gilt, Lester’s and more are expected to descend upon the show, held quarterly on Manhattan’s West Side at Pier 94.

First-timers this year include names like Little Grippers, Maeli Rose, Kenzo, Marin & Morgan and Monster Coats. A mentoring seminar should help to welcome these newer exhibitors to the site.

“We assembled a team of consultants that put together tips to send out to new exhibitors preshow, [noting] things they should do to help them be successful,” said Joanne Mohr, executive vice president at ENK. “At the show site, we’ll have a seminar where consultants will provide tips, do’s and don’ts and hold a Q&A session. What we’ve found is that a lot of our existing clients would say, ‘Hey, what about us?’ Everybody needs some good guidance. So at the show site, we’re providing consultants with a lounge and there will be at least one of them there at all times to give advice if exhibitors need it.”

One international exhibitor returning to Children’s Club in January is Little Flock of Horrors, a New Zealand-based brand specializing in clothing made from merino wool.

“Merino wool is our point of difference,” said Lucy Wildman, who founded the brand with her husband, Francis Frost. “Most of the other exhibitors use more traditional fabrics. We are using merino in more fashion-forward silhouettes — drop-crotch pants, coordinated separates, dresses with ruffles — and being a bit playful with it.” Honing its niche in the market appears to have paid off for the brand, which was picked up by Barneys New York in the summer.

Outerwear, too, seems to be a focus for several exhibitors. Mini Rodini, a Stockholm-based brand that has participated in Children’s Club for four seasons, will return again to showcase its fall collection, inspired by India.

“Our outerwear line, Explorer, has high functionality and is designed to last in heavy weather and rough play,” said Helena Filipsson, head of communications for the brand.

Coats, in addition to fine tailoring, also are a specialty at Appaman, a New York-based brand founded by Lynn and Harald Husum that has shown at Children’s Club for 11 years. And it certainly didn’t hurt when, in November, Kanye West and Kim Kardashian’s daughter, North, was photographed wearing Appaman’s black faux-fur coat.

“We had great response to the black faux fur, so we brought it back this season in fun, funky colors,” Lynn Husum said. “We have a lot of really fun novelty outerwear. We brought in some shearling for boys and girls, and we’re showing a lot of updates in new color palettes.”

As for trends, graphics don’t seem to be going out of style anytime soon.

“I mixed a lot of trim in with the graphics this season,” said Lisa Joseph, designer of Autumn Cashmere’s kids line. “I was inspired by Lite-Brite, and I used trim to create a sweater based off of it. We always do really great with graphics.”

Prints also are a hit at New York-based label Andy & Evan, which features a monocle-clad hound dog and an old-fashioned bicycle pattern on boys looks for fall. Dresses with Peter Pan collars and tailored T-shirts are popular at the brand as well.

“Our customers are really responding to the newly blurred lines of dresswear and casualwear,” said Evan Hakalir, who founded the line with Andy Perl. “The sneaker trend at Chanel and the looser-fitting tailoring in men’s wear have really reinforced our vision. We’ve taken classic items, like a structured blazer, and used knit fabrics and other fun details to make them more everyday.”

A twist on classics also is paramount at Max & Dora, a girl’s clothing brand based in North Palm Beach, Fla., and manufactured in Hialeah, Fla.

“I love the play of patterns and texture,” said designer Lisa Godown. “For instance, we did a swing coat for fall. It’s this classic, old-time swing coat with buttons, but we did it in a brown zebra print with denim-covered buttons. We also put a denim collar on it and a bow on the back.” The brand also is known for its tutus, having created the “Skirtu,” a reversible skirt made from tulle and silk charmeuse offered in prints and colorways.

The outlook, so far, seems to be on the vendors’ side.

“The retail news is the best that we’ve heard in a few years now,” Rosenbaum said. “That environment is good for the shows. There’s a feeling of optimism in the retail community that we’ve been starving for.”

“At one time, January was an easily overlooked trade show,” added Stanley Kaye, who will be retiring this month after 14-and-a-half years as Children’s Club’s show director. “But so many companies coming into the market are looking at the show as an opportunity, with so many more lines ready for fall. That’s a major catalyst to the growth of the show.”

CHILDREN’S CLUB SHOW AT A GLANCE