The answer to what the Los Angeles label is attempting to build will come from the domes in its upcoming Design Within Reach installation.

LOS ANGELES — General Zod is sitting on his hind legs, back straight as though he hasn’t missed a day of Pilates in his entire five years on Earth.

The Brussels Griffon is perched on Scott Sternberg’s desk in the Koreatown office where Entireworld Enterprises — the business Sternberg launched last year — is now housed with a team of 10. They’re shooting video for an upcoming collaboration and coming off the release of a campaign featuring Kirsten Dunst the week prior.

Zod is next to a book Sternberg has plopped down for a visitor’s review. The paperback is by inventor and futurist Richard Buckminster Fuller on geodesic domes and shelter. It’s the concept of these domes — which take a bow this week via Entireworld’s first pop-up project with Design Within Reach — that aims to clarify and define the story of what’s so far been dubbed a basics brand.

Last year, Sternberg launched Entireworld, stirring chatter in the fashion world that the founder of Band of Outsiders was back. There also were questions over whether he could do it again with a sustainable basics line — some internally might add covetable basics so as not to confuse this with commodity product — built on the rather ambitious concept of a utopian society. It sounds far out. It sounds a little bit like General Zod — something from another planet. But Sternberg is game for the mission.

“It’s a nerdy thing,” Sternberg said as he begins to explain the domes. “In the Fifties this guy, Buckminster Fuller, who was a folk hero in architecture, he wrote a bunch of crazy books, had tons of cool theories about how the world should work. He created this structure that didn’t exist called the geodesic dome. The geodesic dome was meant to take over the world. These living structures, shelters that were sustainable in terms of how they were built and the kinds of materials they used.” 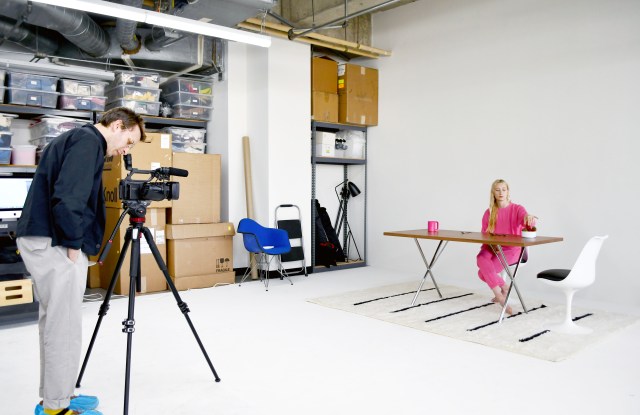 Does he think we’ll all be living in domes in the future? No. “But I like the vibe and the spirit of ideas like that and I think ideas like that should be celebrated,” he said. “They get lost in the hyper-immediacy of how we experience images and music and content these days. It’s just a very cool idea. It’s a very sort of optimistic utopian, idealistic pop-up store idea.”

Kim Phillips, Design Within Reach’s head of public relations and events, said she read about Entireworld’s launch, signed up for e-mail alerts and began following the company.

“When they launched, it was such a really authentic vision that felt real and I thought it was very clever the way that they used video,” she said.

Sternberg has an eye for that. In much the same way Band of Outsiders gained steam with its Polaroid campaigns featuring celebrities such as Michelle Williams and Jason Schwartzman, he’s doing it again with Entireworld and video, helping it sell $125 men’s cotton-pleated trousers, $95 oxford button-downs and $28 women’s organic cotton tanks. The company’s fall campaign captured video of Schwartzman, Busy Philipps, Miranda July, Maya Rudolph and others falling down.

“I thought that was a great way to harness humor to really connect with the viewer on an emotional level, and I was really struck by that,” Phillips said. “We had been working on introducing this design talk series and, for me, this was the perfect partner to kick it off with because I could tell that their brand was inherently driven by design.”

In much the same way Entireworld does advertising, the Design Within Reach pop-up functions more as an art installation.

“It’s not really a pop-up where there’s just going to be racks and tables of clothes inside a furniture store. That’s not my style. The idea was to erect these four domes that we built custom — exclusive,” Sternberg said, emphasizing that last point haughtily, jokingly. “Fashion people love — they’re all about f–king exclusives. It’s so insane. It’s, like, who cares? They’re clothes. They’re there. Please. Everybody just stop. I diverged.”

In some ways Entireworld could be viewed as a divergence from the track Sternberg was previously on with Band of Outsiders, away from wholesale, away from luxury and away from the traditional fashion calendar. Or some might say Entireworld is the next iteration of a central theme or through-line for Sternberg.

“You know, I had an idea for a similar brand [to Entireworld] that was even more mass,” he said. “I was going to do it with a partner, a mass merchant partner, and I got into that right after Band of Outsiders. And I decided, meh, I don’t want to do that, but I had the spirit of this idea for a long time. I had been talking to that partner even when Band of Outsiders existed and then I sort of recalibrated it into Entireworld, which was more of a product that was for me but not necessarily a luxury product.”

It’s less about fashion design and more about product design. Inspiration comes from the aesthetics picked up in modern design, from graphics and logos to furniture — maybe even Sesame Street. The wall behind Sternberg’s desk has clippings of everything from the Peanuts characters to Snuffleupagus and Oscar the Grouch.

“I think that, listen, I love fashion,” Sternberg said. “I’m a fan of fashion. I grew up watching Elsa Klensch on CNN, who was the only person talking about fashion in the Eighties. I just aged myself. I love fashion. I look at every show. It just started to get, for me at least, I just didn’t want to reference it anymore. Everybody references everybody. American designers specifically. A lot of American designers, young designers, start falling in this trap of fashion about fashion and it just got really boring. There’s enough of it out there. I just wanted to free myself.”

That’s partially why wholesale isn’t all that exciting to him because, frankly, what store is going to allow him to shuttle his dome concept onto their selling floor or, more importantly, get the point? Maybe some. He said there has been interest from retailers wanting to carry his line and he would never rule the channel out entirely. But it has to make sense.

“Once you’re in there, there’s an expectation of producing for the stores,” he said. “I wanted to free myself of those expectations because I think if you find the good stuff in all the craziness going on in the retail, media landscape, there’s just an opportunity to totally redefine what a brand is, what makes up the collection, the price point, all that stuff. So I just want to be a part of that.” 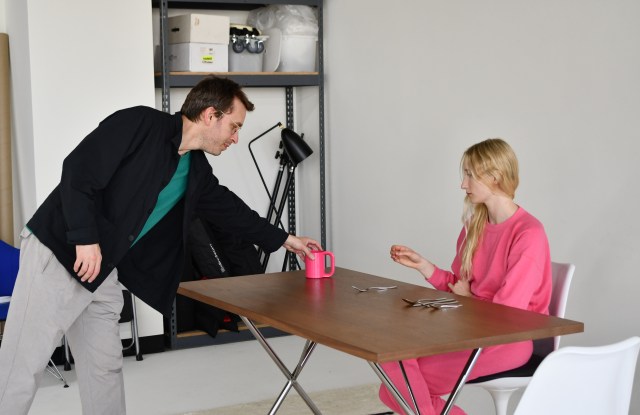 Defining what Entireworld is to the market as it continues to seek new customers is a work in progress. To date, the business falls under basics and has been mentioned in the same breath as companies such as Everlane. As more styles get added to the mix, it’ll help paint a fuller picture of what Entireworld Enterprises is, Sternberg said.

The plan is to also get back into company-owned retail this year with Entireworld shopping for space for pop-ups in New York and Los Angeles. It’s a tough process though, Sternberg said.

“I don’t want a retail space. It’s a more obtuse approach, so…,” he said trailing off.

He and the team are pacing themselves. He stressed the need for a sound business, adding, “Our profit margin’s good, our business model’s solid and our sales are great, but to break through the clutter and to really grow and build upon momentum you have to pump capital into marketing.”

Entireworld has so far been funded by non-institutional private investors, but pulling in more cash just to scale and create a behemoth very quickly doesn’t seem the right design for Sternberg and team.

“I think if you look at the comps, it’s [Entireworld] built from a price architecture standpoint, from a brand standpoint in terms of the universality of imagery and what drives the brand and how we’re trying to connect with people, it could be huge,” he said. “I mean, look at the opportunity in the marketplace and it’s not just going to be one winner — one basics brand, or whatever you want to call it. The big players are stagnant, if not shrinking. There’s huge opportunity out there but, man, one step at a time.”