Schlösberg on his namesake collection, now in its second season, and the lessons he learned from working in retail. 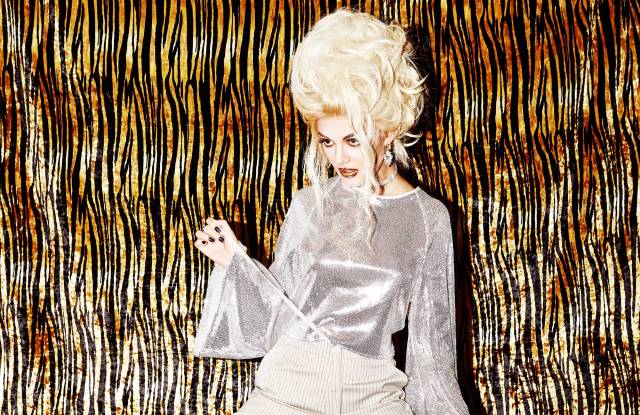 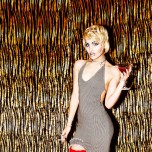 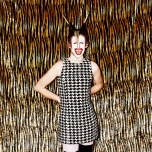 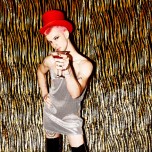 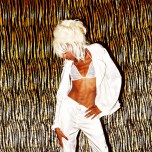 Anna Nicole Smith and Kimber Henry — the latter a fictional character on the FX series “Nip/Tuck,” for the uninitiated — might not seem like run-of-the-mill references for a fashion designer.

But Eric Schlösberg is not your run-of-the-mill label.

“It’s about the dark side of success; the strive for perfection,” Schlösberg said of the inspirations for his spring collection under his namesake line, now in its second season.

More broadly, Schlösberg cited overarching elements of glamour and drama. “Always glamour: Anything sparkly, over the top, dramatic. That’s everything to me,” he said. “I’m from Miami and I think it’s the greatest city ever. It’s so special. It oozes glamour and gaudiness and glitz. Growing up around it, it’s my inclination to be attracted to that.”

If Schlösberg’s name sounds familiar, it’s because the 28-year-old designer was formerly half of the since-shuttered label Ammerman Schlösberg, an arty clothing collection he codesigned for three-and-a-half years with Liz Ammerman. The duo met while working together at Seven New York, a progressive fashion boutique in SoHo that closed in 2012.

Ammerman Schlösberg’s collections were stocked exclusively at Opening Ceremony. “We did it right out of school. It felt very young,” Schlösberg said. “It’s a lot of time, a lot of money and we were both working full-time jobs.”

Schlösberg loved having full control over the creative direction of his new solo effort, which he launched for fall 2016 with a tight lineup. “I wanted to keep up the momentum,” he said. “Ammerman Schlösberg was really costume-influenced, and I do have a love for costume…but [my new label] is just more wearable.”

Schlösberg learned a lot from his side-hustle in retail (at 15, he landed his first gig at Intermix in Bal Harbour, Fla.) “Being able to completely study and dissect the way people shop — what they’re looking for — and the overall mind-set of a shopper, in terms of price points and price resistance, color, everything. It’s invaluable,” he said.

Schlösberg applies that knowledge to his collection, which is entirely self-funded and designed in New York. Spring marked the brand’s first solo show at New York Fashion Week, held at The Slipper Room on the Lower East Side.

“I couldn’t have wanted it to go any differently. It was a mess, but a cute mess,” he said, recalling a moment when a model got undressed before the finale walk, causing a one-minute lag on the runway. “I don’t have much outside help, so it was all of my friends helping out with production…It was intimate and all the right people were there. The response that I got was that it had this really special young energy that hasn’t existed for a long time. My mom flew up for the hour [to attend the show] from Florida. She wears head-to-toe Schlösberg. She is gorgeous and fit and amazing, and she’ll wear these giant platforms with it.”

Schlösberg’s line ranges from $395 for tops up to $6,000 for special items, as in a floor-skimming leather trench with a fur collar. The spring collection was picked up by Opening Ceremony and Selfridges.

The entire collection invokes a sense of occasion — though wearable, there’s absolutely nothing basic about it. “These pieces are meant to be worn out and feel special in,” he said. “Getting dressed up should be special. It’s kind of a lost art.”