Forced to stay home, even as the weather warms up, consumers are indulging in a little retail therapy by way of swimwear and resort wear.

Consumers, eager to escape the stress of their daily lives amid the pandemic, are finding solace in fantasy swimwear and resort wear.

Consumers want to get away.

Those looking for a sweet escape are turning to swimwear and other beach-to-street looks — even with nowhere to go.

“At the end of the day, it’s [almost] summer; people want to be outside,” Nathan Romano, cofounder of lifestyle brand Onia, told WWD. “And they want to start enjoying themselves and kind of getting past this work-at-home period.”

That could explain why the number of swimwear styles that sold out in the U.S. — brands selling to retailer stores — was up 20 percent in the first three months of 2020, compared with 2019, according to retail analytics company Edited. The increase came mainly in the final week of March. But many firms have reported even further sales increases of swimwear, swim accessories and resort wear in April and early May. 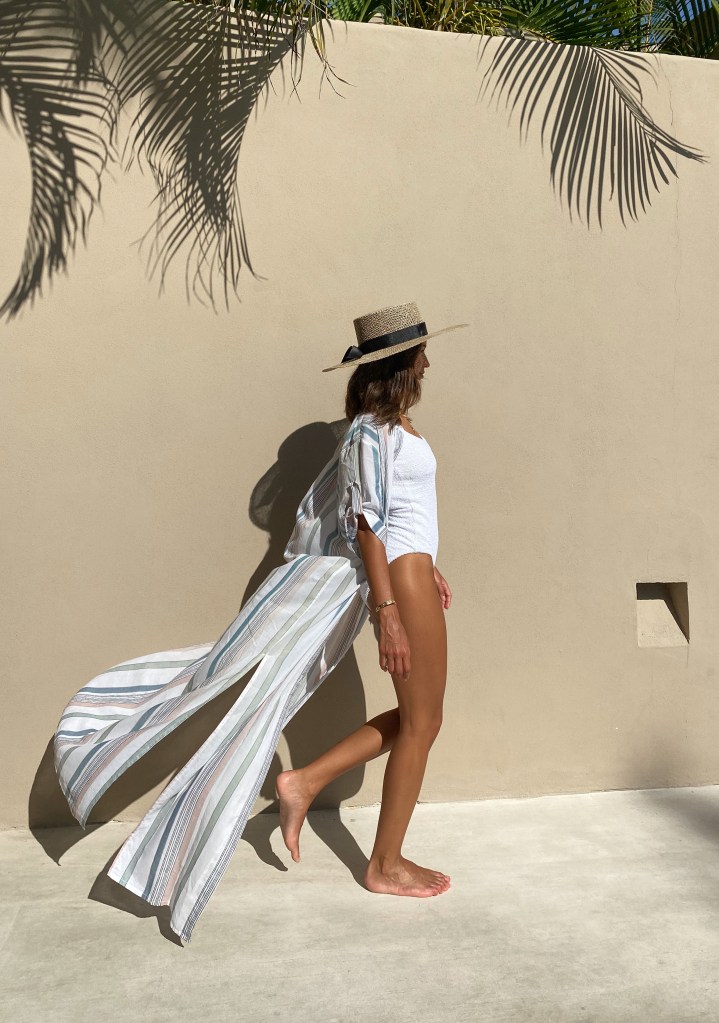 A look from Onia.  Courtesy Photo

Los Angeles-based Tabacaru Swim began to trend upwards — by roughly 40 percent year-over-year — in mid April, with sales continuing north ever since. The same is true for sales in the U.S. division of high-end swimwear brand Gottex. Swim and intimates brand Londre Bodywear grew 60 percent in April, compared with a year earlier.

Total sales at direct-to-consumer brand Adore Me — which sells lingerie and sleepwear, in addition to swimwear — were up 66 percent in April 2020, compared with April 2019. Adore Me’s founder and chief executive officer Morgan Hermand-Waiche said swimwear sales have continued to climb even higher in the first few weeks of May.

Surprisingly, beach towels have also been on the rise since mid-March, when quarantine began in the U.S., according to Yossi Nasser, chief executive officer of Gelmart International, an intimates apparel manufacturer. His company works with a number of retailers, including Walmart, Amazon, Hudson’s Bay, QVC and T.J. Maxx. 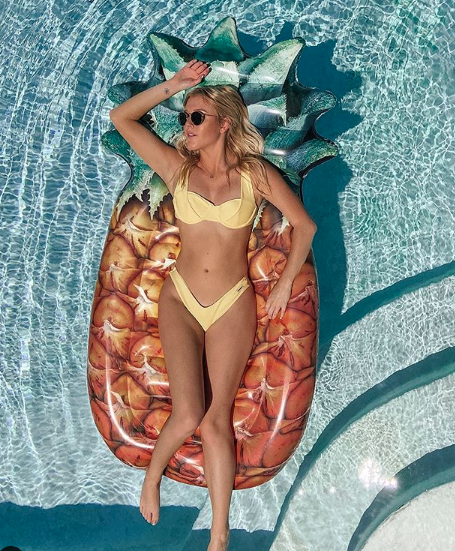 Sales of resort wear at some retailers have also been on the rise, although some brands bemoan missing the season. E-commerce site Moda Operandi released a report in late April saying luxury resort wear grew double digits in the seven weeks starting March 9, compared with the same time in 2019.

“People may be staying put, but their minds are thinking ahead to brighter days,” the report read. “Despite the millions of people practicing social distancing globally, wanderlust-driven consumers continue shopping for pieces designed for beach days and balmy vacation nights.” 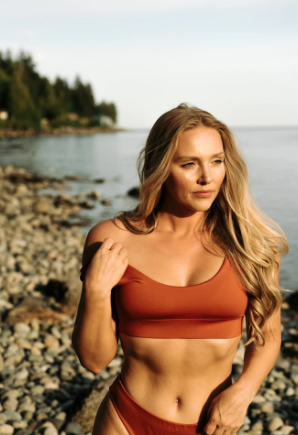 The surge in bikinis and poolside accessories might seem strange when nearly 39 million U.S. residents are unemployed, air travel has plummeted by over 90 percent and while special occasions and festivals are postponed or altogether canceled. Millions more are secluded in their work-from-home offices with no one to see their latest outfit. Meanwhile, many beaches, gyms and public pools around the nation remain closed for the foreseeable future.

Make no mistake, fashion and apparel sales in general have been down since March when stores began closing in the West to prevent the spread of the coronavirus. But the sudden tide of swimwear and resort wear sales suggest other forces are at play.

Romano, for one, thinks “people are just excited. As things open, I’m betting that the first thing they start doing is they want to go to the beach. Or they have pools, Or, they’re just hanging out in their backyard.

“And it’s summer,” he added. “People don’t need coats; they don’t need so much heavy gear. They need summer products.” 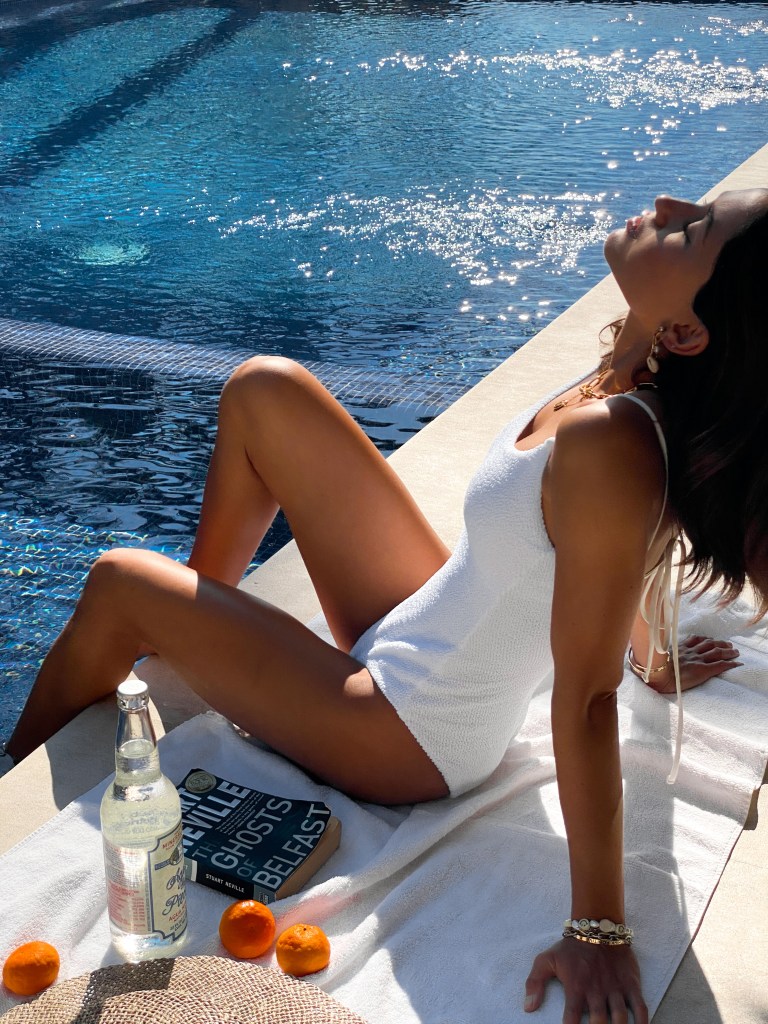 Not only that, but many of those same consumers — unable to travel in the physical sense — are fleeing stressful times by way of fashion, even if it’s to their own backyards. And they’re using social media to show off their latest trappings.

“Escapist fashion makes total sense,” said Simeon Siegel, managing director and senior retail analyst at BMO Capital Markets. “People are finding different ways to have fun and to add flavor to a stay-at-home life. The goal is to make stay-at-home not feel like house arrest; to figure out within every individual’s specific situation what extra purchases help offset the stress of stay-at-home living.”

Others are simply hoping the crisis will be over soon and they will be free to travel. In May, the number of consumers requesting quotes for December 2020 cruise travel packages began to accelerate, according to a report by online travel agency Cruise Complete. 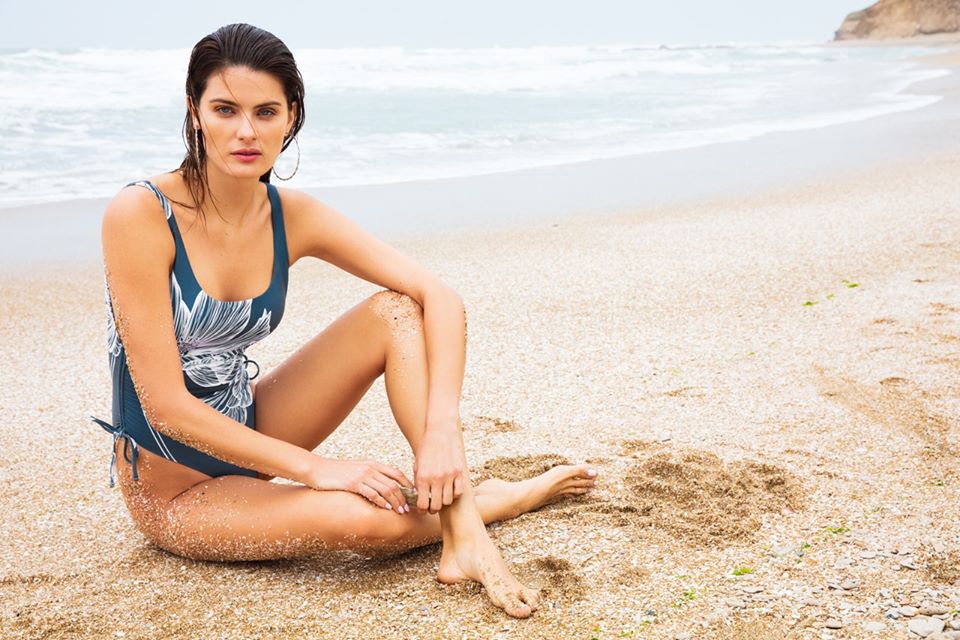 “I don’t think [the surge in sales] is necessarily related to how fast we reopen the country, but more on the perspective that it is going to reopen at some point and that people want to be able to seize the moment when that happens,” Adore Me’s Hermand-Waiche said.

Either way, the unexpected lift in sales was one the industry was not anticipating.

By February, swimwear arrivals — or new swim merchandise making its way into stores — slowed in both the U.S. and U.K., according to Edited. In fact, new styles for 2020’s first quarter were down 9 percent compared with 2019’s first quarter.

Retailers, many of which were anticipating a decline in sales because of the coronavirus, were buying less during this period. While sales declines played out toward the tail end of March at some brands, many were pleasantly surprised with the heightened swimwear sales in April and early May. 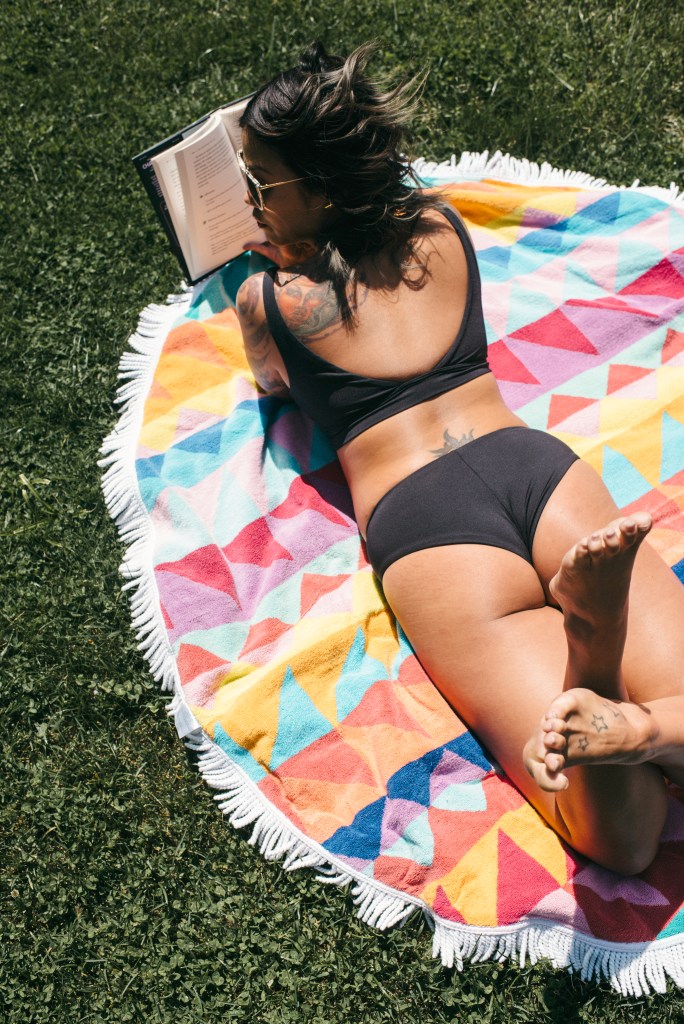 “Originally, we were hesitant on if there would be a market for swimwear at all this year,” said Joanna Griffiths, founder and ceo of Knix. “No one is traveling, so you would think that swimwear would be at the bottom of consumers’ shopping lists. But we are blown away by the success that we have seen on the Knix 2020 swim launch.”

Meanwhile, swimwear sales in the U.K. actually fell 27 percent in 2020’s first quarter year-over-year, perhaps partially explained by England’s rainier climate. Karine Laferriere, Gottex USA president, said the majority of recent swimwear sales have been largely concentrated in southern states. Others, like city dwellers, are escaping to second homes, family estates or rental locations, in places such as The Hamptons and Malibu.

“Our clients haven’t been spending money on other things in life — like restaurants, workout classes, grooming, travel — so they’re buying luxury swimsuits, because it feels like a treat that will bring their mind-set to a happier place,” said Tabacaru Swim founder and creative director Stefana Tabacaru, who has also noticed an increase in sales since quarantine began. “Seems like people know they probably won’t be able to wear a black-tie outfit this summer. So the next best thing to live out their summer fashion fantasy is a dramatic swimsuit with a six-foot-long bow.” 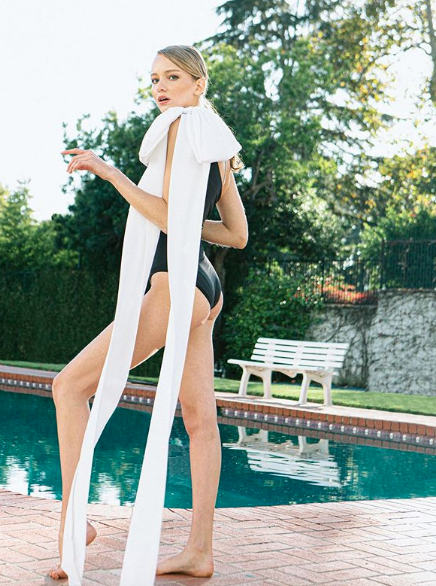 Tabacaru, who is based in L.A., added that since quarantine began many people have developed “quarantine friends, who you can go on walks with or chill by the pool. They’re social activities; so you’re still interacting a bit, but it feels safer.”

Those increased social activities — however small — are more chances for consumers to up their fashion game.

“I’m that consumer; I’m looking for swimwear as we speak,” said Sara Moylan, cofounder and chief brand officer of direct-to-consumer sports bra brand SheFit. “Swim is taking on a completely different notion, if you will. I think women year-round are just always looking for swim.” (Moylan’s brand SheFit is introducing swimwear sometime in 2021.) “It’s not about spring break or summer anymore,” Moylan continued. “Depending on where you live, you can be out in your swimsuit every month of the year.”

But it’s not just swimwear that consumers are using to escape. Direct-to-consumer lingerie and swimwear e-tailer Figleaves said searches for “sexy lingerie” increased 100 percent in April, compared with a year earlier. Sales during that same period increased 46 percent.

Sales of sexier items also picked up at Adore Me in late April. Hermand-Waiche said the trends have shifted from comfort in March (sales of pajamas were up 100 percent year-over-year in March), to sexy in April to swim in early May as people fantasize about far-away locales.

Sales of sexy lingerie surged in April at Adore Me as consumers continued to hunker down at home.  Courtesy Photo Adore Me

But retail veteran Jeffry Aronsson — whose résumé includes stints as ceo at Marc Jacobs, Oscar de la Renta and Donna Karan — said it’s not so much escapism as it is optimism.

“Optimism that we’ll get back to normal,” he said.

The increased online activity has also created a new kind of consumer impatience with shoppers eager to get back to normal life — or the new normal at least.

“There’s pent-up demand,” Onia’s Romano said. “If [consumers] need it, they want it. And they want it now. And online, right now, is the only place that people are shopping.”

The smart brands, then, will be the ones that shift their focus — and marketing messages — to capitalize off the recent trends. 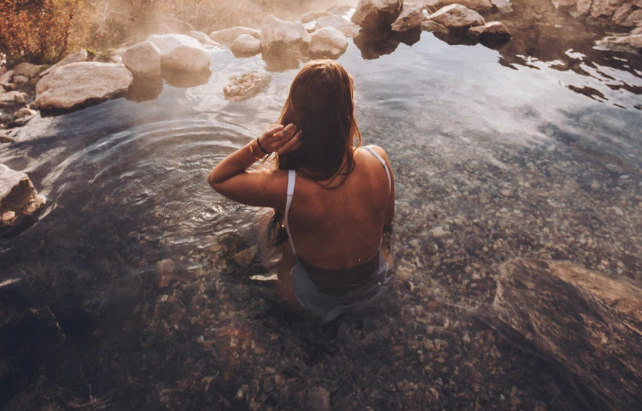 “We had to stay relevant, but still sensitive to what’s been happening,” said Jemina Ty, founder of Blackbough Swim. “Travel is a huge driver of sales for swimwear and that was suddenly irrelevant overnight.”

To help keep shoppers engaged with the brand, Blackbough Swim asked consumers to share their poolside and backyard looks on social media.

“New swimsuits can still definitely put you in a tropical mood even when you’re just at home,” Ty said. “And with everyone glued to the Internet and their mobile phones, impressions and engagement are at all time highs. This is an amazing time for us online retailers as it’s probably the most time we’ll ever have of our customers’ online attention.

“Leisure travel is pretty much suspended for the time being,” she continued. “But making our customers long for the day we can all travel again is still a relevant message.”