CDG is the new logo-driven collection from Rei Kawakubo. 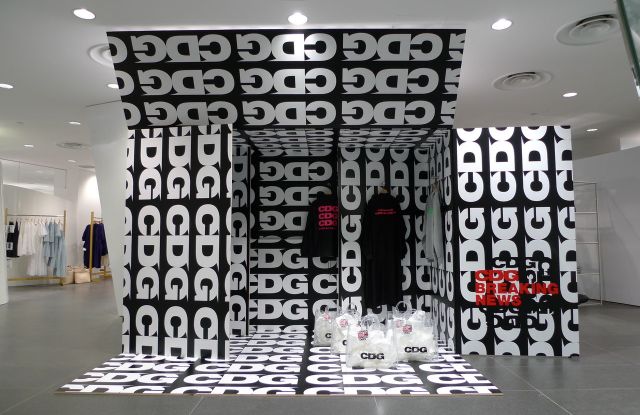 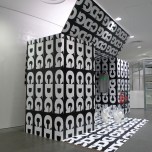 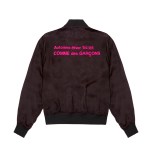 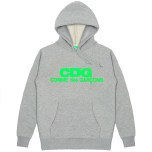 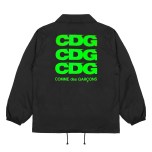 Comme des Garçons Breaking News is the introductory capsule collection of CDG, the newest brand by Rei Kawakubo — the 18th label under her Comme des Garçons conglomerate, which includes Noir, Homme, Plus, Shirt and Play, as well as the main collection.

WWD broke the news April 2 that a new brand was being incubated. Kawakubo and her husband and Comme des Garçons International chief executive officer Adrian Joffe conceived CDG as an Internet-driven venture to be sold online at cdgcdgcdg.com, in its own CDG stores in Japan, as well as the company’s Dover Street Market multibrand emporiums.

CDG Breaking News — the acronym here a sly wink to global network CNN — launches globally May 17 as the sneak peek to CDG, which will launch in July. Joffe considers it “a three-dimensional press release for the new CDG brand.” Breaking News was teased in early May to coincide with Golden Week in Japan, with installations in many of the Comme des Garçons shops in Japan, including the flagship in Aoyama. Joffe said the initial capsule sold out in a week.

If it seems a bit confusing, the concept is quite simple: Build buzz the viral marketing/digital way with exclusive, small batch drops made up mostly of logomania merch. The items in the Breaking News capsule are printed with the CDGCDGCDG logo in fluorescent colors, and there are six T-shirts printed with “Celebration” done in collaboration with Brain Dead, Dreamland Syndicate, Avi Gold, Cactus Plant, Adam Lucas and Anti Social Social Club.

Once the main CDG collection hits in July, the merchandise will include hats, scarves, T-shirts, sweatshirts, hoodies, coach jackets, bomber jackets, pants, long staff coats and sneakers mostly printed with the CDG “airline” logo, which can be seen on the current Good Design Shop merchandise. There will also be collaborations from time to time, the first two of which will be Hanes for T-shirts and Vans for sneakers. Prices of the CDG collection are to range from $50 to $800.

There are no plans to wholesale CDG. The e-shop is divided into three hubs — Tokyo, serving Japan and Asia; London, serving EU, Africa, Middle East, Russia, and New York, serving the Americas. There will be two brick-and-mortar CDG shops in Japan and dedicated spaces in the Dover Street Market stores in London, New York, Los Angeles, Singapore, Beijing, Seoul and Hong Kong. Eighty percent of CDG sales are projected to come from online. The collection will consist of perennial items as well as new pieces introduced throughout the year.

CDG will launch online and in-store in Japan only on July 20 and is slated to roll out to the forthcoming Dover Street Market in Los Angeles on Sept. 1, followed by the global launch Oct. 17.

In terms of the impetus for this collection now, Kawakubo wouldn’t comment beyond her statement about timeless and simple designs. But one is inclined to read between the lines: There’s no time like the present for a project like this. Considered a near deity for her iconoclastic design instincts, Kawakubo has also proved to be an incredibly savvy business woman. Last month, Joffe reported that DSM profits are up 35 percent on last year, with the Ginza and London branches driving the most growth and New York breaking into profit after just three years. Comme des Garçons sales are also up 30 percent to $300 million, with the New York shop alone seeing a 50 percent increase.

Launching a DTC brand could be a great opportunity to keep the momentum going. It also afforded Kawakubo a new design opportunity: cdgcdgcdg.com is the first web site she’s designed. Right now, it’s a subscriber page covered in black-and-white CDG logos, with more news to come.