Sisters Delilah Belle and Amelia Gray Hamlin are the daughters of actors Harry Hamlin and Lisa Rinna, who’s most familiar these days as a cast member of Bravo’s “The Real Housewives of Beverly Hills.”

The entire family has made appearances on the reality show, where viewers have gotten a peek into their home life (much like we witnessed the Hadid sisters pre-fame with former “housewife” and mom, Yolanda). As the matriarch, it’s Rinna who’s the star of the household, and fans have watched as she — since 2014 when she first joined the franchise — juggles its inevitable drama, while acting and promoting her own fashion brand on QVC. Now, her daughters are following in her footsteps. As they’re developing TV opportunities of their own, Delilah and Amelia, 21 and 18 years old, respectively, are releasing their own line, DNA, in partnership with L.A. Collective’s Jaynee and Karl Singer.

“The collaboration process was really interesting with Delilah and I having little to no experience in designing our own clothing,” said Amelia, who’s balancing college in New York City and modeling while signed to IMG Models. “Whereas the people we were collaborating with had all the experience. So, they kind of had to bear with us at times.” 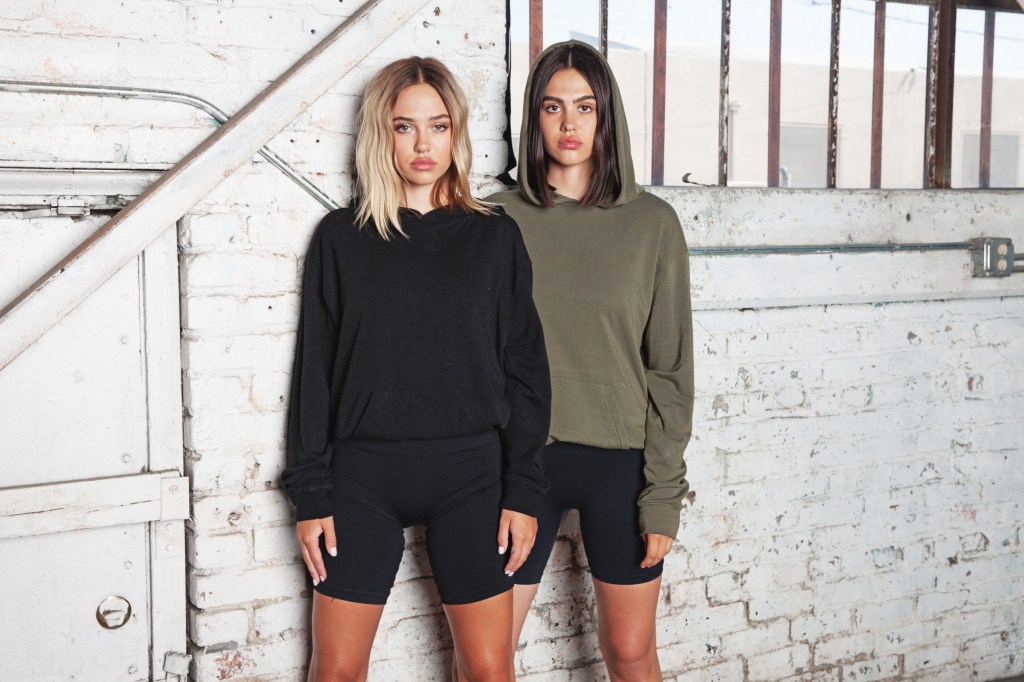 The entire production is made in Los Angeles with the company, which works directly with brands throughout the creation process — from product development and manufacturing to merchandising and marketing, as well as e-commerce.

“We have been following both Delilah and Amelia for some time and have noticed their rise in the fashion community firsthand,” shared Jaynee Singer. “Their styles are independently unique yet complement each other very well, which we felt we could translate to a brand perfectly.”

“Looking at the fashion landscape, we noticed some opportunities to capture market share in the streetwear space,” added Karl. “Leveraging the style of both Amelia and Delilah, we felt we could bring a brand to market that could really dominate this rising category in women’s fashion.”

The team plans to release pieces, priced between $38 and $118, every six weeks. The first drop features an 18-piece capsule collection, featuring ath-leisure items “wearable from day to night:” joggers, hoodies, jackets, track pants, bike shorts and dresses. The line will be available online on the L.A. Collective site on Oct. 21 and in-person during a pop-up at Melrose Place on Nov. 2.

“It’s Los Angeles, New York,” Delilah — who has modeling experience of her own (walking for shows like Tommy Hilfiger and Dolce & Gabbana) — said of the inspiration. She has over a million Instagram followers, while Amelia has over half a million of her own. “Like, you could wear some of these things if you’re a model to castings…You can work out in them.”

“We kind of just went off a bunch of pieces from random brands and from our wardrobes that we wanted to make a better fit of,” added Amelia. “I think Instagram has been a really big influence, because it’s a streetwear, ath-leisure type of brand, so it’s super versatile. I think that just scrolling through Instagram and just looking at people’s street style and how they put it together and how they dress it up and dress it down was a big influence for us.”

“I follow a lot of stylists or young girls that just call themselves stylists on Instagram [and] would just put together outfits,” said Delilah. “I save all of those, and I just kind of made that into a mood board.” 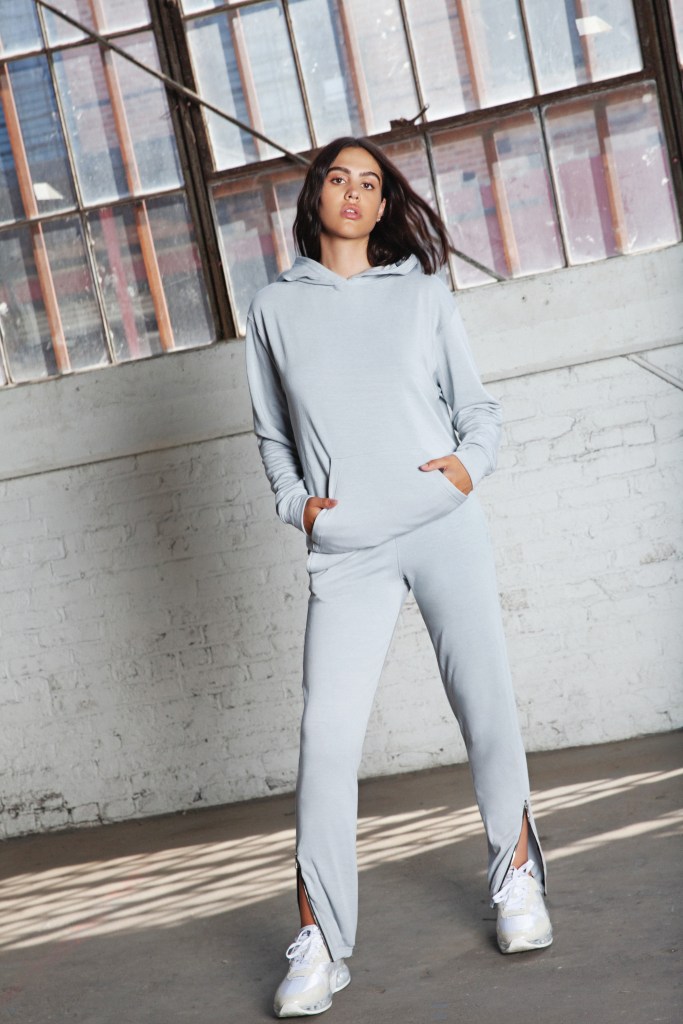 “We want the consumer to reflect us in a way anywhere from 18 to 24 [years old], just every type of different person,” said Amelia.

“They can be younger, or they can be older, but that’s our main target point,” chimed in Delilah.

“I think the whole entire line really reflects both of our styles and both of our wardrobes,” continued Amelia. “But we just altered everything to make personalized for ourselves. It’s also really fun making something for yourself. I mean, not only for ourselves but for other people, of course. But just designing it yourself and knowing that you are going to wear something that you’re making is really cool, because you have all the options in the world.” 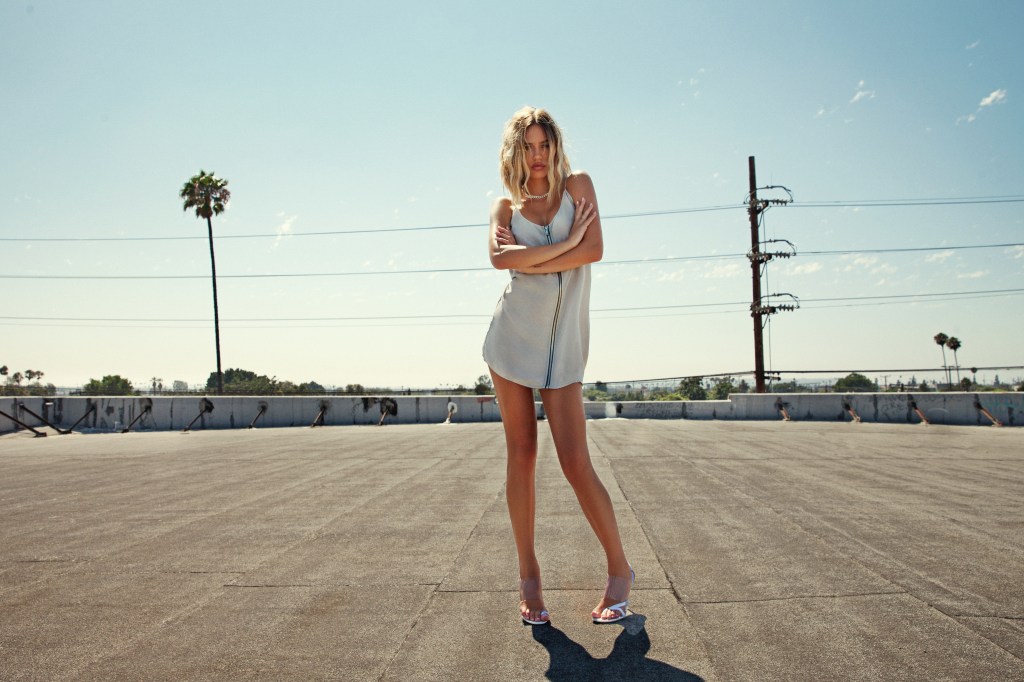