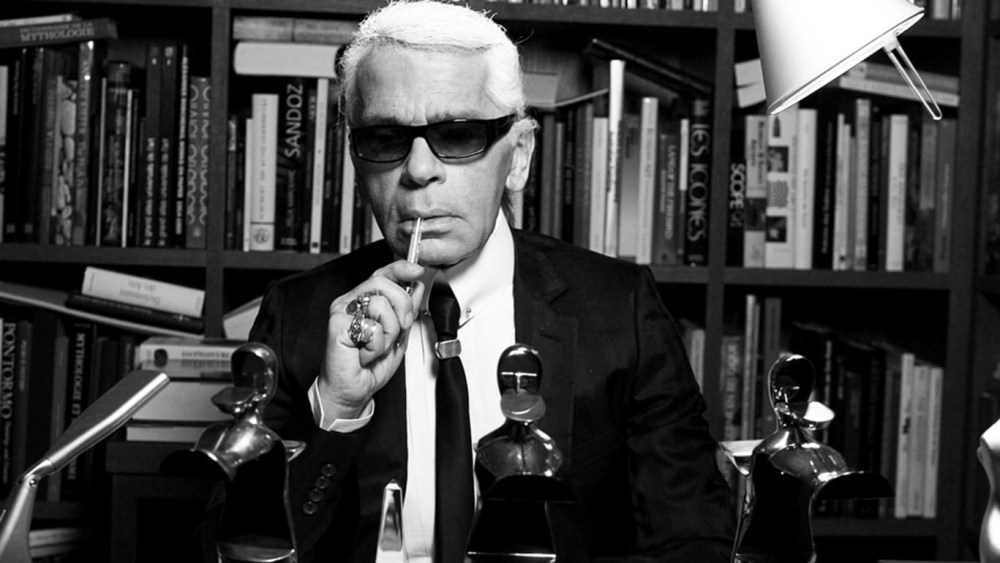 In celebration of his legacy, the houses of Chanel, Fendi and Karl Lagerfeld have organized a memorial in honor of the fashion maverick, who served as creative director of all three labels.

The tribute, named “Karl For Ever,” will be held at the Grand Palais in Paris on June 20, for one night only during Paris Men’s Fashion Week.

Staged by theater and opera director Robert Carsen, the performance will be a mix of videos of Lagerfeld himself, broadcast on three gigantic screens hung around the main hall of the Grand Palais, as well as interviews with his collaborators in the worlds of fashion, art and culture.

In addition to the video footage, live performances by dancers, musicians, singers and actors will be held all around the space, interpreting pieces of work admired by Lagerfeld.

“I wanted something full of life and unexpected,” Carsen told WWD, adding that the event will above all be a “joyful celebration of all things Karl,” in keeping with Lagerfeld’s lighter side.

“He once famously said, ‘A funeral? I’d rather die,’” laughed Carsen. “He would have wanted it to be a joyful moment.”

There had been no public ceremony since the designer’s passing. In keeping with Lagerfeld’s wish not to have a public funeral, he was cremated during a private ceremony in Nanterre, France. Chanel, in a death notice in the French daily newspaper Le Figaro, had announced a “farewell ceremony” to take place at a later date.

The couturier always made clear that he did not want a public funeral after his own death, telling Numéro magazine in an interview last year that he preferred for his ashes to be scattered near those of his mother, Elisabeth, and those of his cat Choupette, should she pass away before him.

The interviews for the “Karl For Ever” event are currently being shot, and are staged in front of Lagerfeld’s impressive library — which famously counted more than 300,000 volumes — as a testament to the designer’s voracious appetite for culture.

“The main theme that emerged from these discussions is that Lagerfeld pushed you to always give your best,” said Carsen, who met with people from the Chanel ateliers, models, fellow designers, actors, editors and journalists to gather their memories of Lagerfeld. “The people working with him all say how incredibly kind and encouraging he was. He noticed everyone.

“I was very moved to be asked to handle an event like this,” continued Carsen, who is familiar with the Grand Palais, having staged both the musical “Singin’ in the Rain” in collaboration with the Théâtre du Châtelet and the Louis Vuitton exhibition “Volez, Voguez, Voyagez” within its walls.

“It’s a huge honor, but also quite a challenge: we know of the force behind Chanel, Fendi, the Karl Lagerfeld brand, Chloé and others, but it’s also about the man himself — the artist, even if he didn’t like to be called as such.”

The event, accessible via private invitation, should attract around 2,500 guests.

“It will be a very powerful moment, a collective celebration of his persona,” said Bruno Pavlovsky, Chanel’s president of fashion.

“The memorial will be about Karl only: who he was, what he loved, what gave him his exceptional energy,” he continued. “I am glad we could join forces with Fendi and Karl Lagerfeld to create together an exceptional event that measures up to him, a tribute that truly celebrates the things he loved and that inspired him.”

It was important to Pier Paolo Righi, ceo of Karl Lagerfeld, that the event paid homage to the man behind the creative genius.

“Our celebration in Paris will be a beautiful moment to honor Karl’s exceptional life,” he said. “We will pay our respects to him, not only as one of the greatest icons of our time, but also to Karl as a person.”

The choice of the Grand Palais was a given: Chanel has been presenting its ready-to-wear and haute couture fashion shows there since 2005 and is the exclusive sponsor of its renovation project, scheduled to begin in December 2020.

Under Lagerfeld’s direction, the monumental space was transformed into everything from a Chanel supermarket to a space station, a Parisian brasserie and even a feminist protest. For Chanel Cruise 2020, the first show under the creative direction of Lagerfeld’s longtime right-hand woman Virginie Viard, the Grand Palais was turned into a Belle Epoque-era train station.

“We needed a space that could welcome a great amount of people and fit the dimensions of the event,” said Sidney Toledano, president of LVMH Moët Hennessy Louis Vuitton Fashion Group, Fendi’s parent company. “Also, the Grand Palais was a precious show setting for Karl. It was a logical choice.”

Toledano, who counted Lagerfeld as a friend for more than 20 years, stressed that there would be nothing sad about the event.

“It will be as he would have wanted it: a moment of joy, celebrating happy memories,” he said. “Every time you met him, Lagerfeld transmitted you his energy and his appetite for life. We want people at the event to feel the same way.”