It allows people to create a playlist of favorite looks and possibly revive chosen items from former collections.

Volvita, which will let people peruse a library of fashion brands’ previous and current collections, curate sharable playlists of favorite pieces and preorder garments that might be remade, is the brainchild of cofounders Christina Grammenos and Christian Drappi.

The concept has a sustainable angle since producing an exact number of preordered garments leads to no overstock — overproduction being one of fashion’s dirtiest secrets.

Jad Boutros, cofounder and ceo of TerraTrue and former chief security officer of Snap Inc.; Veronika Kapustina, practitioner in residence at the London School of Economics’ Marshall Institute; Nicole Shanahan, founder and ceo of ClearAccesIP, and AbdulAziz AlRashed invested in the recent funding round. 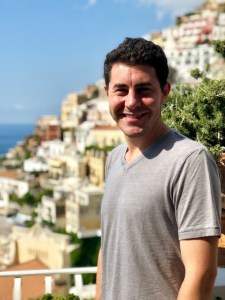 Monies will be used to help Volvita, a mobile application, launch a pilot with a few undisclosed brands in January.

The app is meant to broaden consumers’ fashion choices and tap into their wish to differentiate themselves — a desire expressed especially by Millennials.

While at Miramax, Grammenos discovered the value of old content. She joined the firm after investors including Colony Capital had bought Mirimax’s library of close to 600 films, most of which were over a decade old, for approximately $600 million.

“Within the first year of operations that I joined, we delivered a half-billion-dollar dividend back to investors,” she said. “The library was working much more than we had expected it to. [The films] are assets, properties you monetize again and again. The truth is that actually most creative assets work that way — you can monetize a song, a movie, again and again. But fashion doesn’t work that way. It’s this conveyor belt where you have to grab something or it’s gone.”

Traditionally, the movie industry steeply discounted older films, since the belief was they are not worth anything. But Netflix and Hulu flipped that model on its head.

“Now, you watch old content next to new content,” said Grammenos. “It was only because you had the distribution platform that suddenly enabled these back-catalog assets to suddenly have tremendous value.”

Separately, Grammenos took a fashion design course and realized clothing patterns have value, yet generally are only used once. She thought: “Maybe that’s the dormant asset sitting on shelves, collecting dust.”

Further, Grammenos deems it’s enriching for a brand’s entire heritage and evolution to be viewed in one place. “Maybe you actually have a greater appreciation for the new releases because you have seen the past,” she said. “I don’t appreciate Martin Scorsese any less because I saw ‘Goodfellas’ the other day. It actually adds to it.”

Volvita is billed as a distribution platform similar to what exists in music (think Spotify) and film, that lets people access old collections as well as new.

From a consumer standpoint, the big pain point Grammenos tried to solve for herself was when she had dreamed of owning an item from a particular designer, but nothing of the current collection was of interest. “I could spend hours on Pinterest, but don’t want to go on any e-commerce sites or physically go into a store because it always feels like a process of settling,” she said.

“The way fashion is treated now is like a perishable fruit item in a grocery store that suddenly needs to be turned over twice a week,” continued Grammenos. “Not only is that killing the environment, I don’t think the consumer ever really asked for that. I want to be able to ask where you got your sweater and then go buy it. The whole word of mouth, that is so natural, is completely broken down.”

On Volvita, people will be able to look at decades-worth of fashion brands’ runway videos, and like on Spotify, users can organize the content.

“This is a library that can be remixed, people can curate, playlist it,” said Grammenos. “You’re starting to teach and train these models to understand [requests such as] ‘pull up trench coats that are gray with a belt.’ [That] doesn’t work that well in retail today.”

When people find garments they’re interesting in purchasing, they can either “buy now,” and pay couture pricing for a unique piece, or “preorder,” by putting down a deposit. In 15 to 20 days if enough people want a particular item, the brand is responsible for production, fulfillment and delivery within three to four months. (Pricing should be in today’s terms.) But if the minimum is not met, the item becomes dormant again in the archive.

“This is e-commerce, but it’s not just about transacting, it’s also about having fun,” said Drappi. “There are lots of thrills when it comes to shopping, but attaining something you’ve wished for that would never otherwise have been available, that’s going to be a totally unique and rewarding experience.”