PARIS — Volvita, an app created to give people the ability to review and revive fashion from past collections, is officially being launched today.

Found at Volvita.app, the app is billed to be “a library of fashion, on-demand.”

Fashion fans can find videos and still images of former and recent runway shows, and it’s possible to sign up for the pieces they’d like to try and have produced again.

The app is very much of the moment — tapping into consumers’ growing interest in vintage, sustainability and e-commerce. Plus it broadens people’s fashion choices while answering their desire to differentiate themselves — a desire expressed especially by Millennials.

This is how Volvita works: Upon finding a garment of interest, people can sign up on a waitlist for its potential reissue. When the waitlist for a particular piece gains critical mass, Volvita will contact the fashion brand to see if it would agree to produce a limited number of the item.

“The idea behind joining a waitlist is that it would give exclusivity to any potential reissue,” said Christina Grammenos, founder and chief executive officer of Volvita. “So if you’re on the waitlist, if the brand agrees to issue the new item, then it would be available to you for an exclusive period before becoming available to everyone else to shop and pre-order.”

Any brands consenting to revive fashions would need only to produce the exact number of ordered garments, therefore leading to no overstock, in line with the UN Sustainability Goal number 12, to eliminate overproduction.

“You can save the look to your library and also share the link. There’s video imagery associated with every look,” Grammenos continued.

Other features include a calendar showing which brand’s past collections will be available to be seen when. This week, for instance, there’s Alaïa, Tom Ford, Alexander Wang, Versace and Prada.

The waitlists remain open and libraries are always saved. It’s possible to browse by brand or by designer, and to read each designer’s profile.

Volvita has curators who highlight what they think are the best looks from the archives. People can sign up to be among them, as well as suggest brands to add to the app.

Grammenos was previously general manager of influencer marketing platform Tribe Dynamics and a business planner at Miramax. She received an MBA from Harvard Business School.

Conor Begley, cofounder of Tribe Dynamics, serves as an adviser to Volvita. 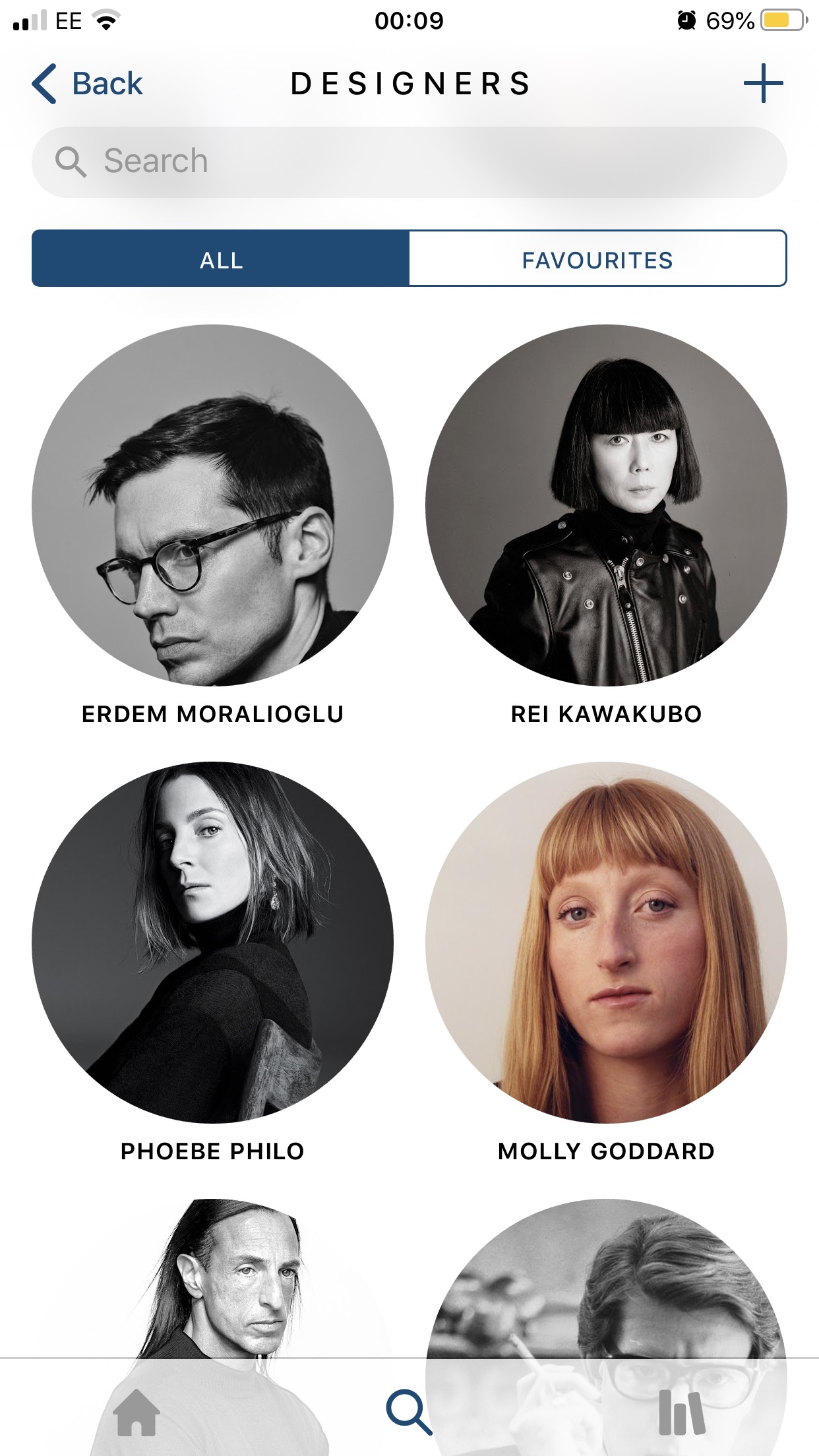 Jad Boutros, cofounder and ceo of TerraTrue and former chief security officer of Snap Inc.; Veronika Kapustina, practitioner in residence at the London School of Economics’ Marshall Institute; Nicole Shanahan, founder and ceo of ClearAccesIP, and Abdulaziz AlRashed are investors in Volvita.

While at Miramax, Grammenos discovered the value of old creative content. She joined the firm after investors including Colony Capital had bought Miramax’ library of close to 600 films, most of which were over a decade old, for about $600 million. Within the first year of operation, a half-billion-dollar dividend was delivered back to investors.

“The library was working much more than we had expected it to,” Grammenos said during an interview last fall. “[The films] are assets, properties you monetize again and again. The truth is that actually most creative assets work that way — you can monetize a song, a movie, again and again. But fashion doesn’t work that way. It’s this conveyor belt where you have to grab something or it’s gone.”

Traditionally, the movie industry steeply discounted older films, since the belief was they were not worth anything. But Netflix and Hulu flipped that model on its head, allowing for old content to be watched next to new content. The distribution platform allowed back-catalogue assets to have tremendous value.

During a fashion design course, Grammenos learned that clothing patterns have value, yet generally are only used once. She thought perhaps that’s the dormant asset on the shelves, collecting dust.

Like Netflix or Spotify, Volvita is meant to be a distribution platform allowing people to access old collections beside the new.

“This is not static,” Grammenos said of Volvita. “This product can be changed very easily and very quickly to adapt to people’s wants and needs. Everything is possible.”