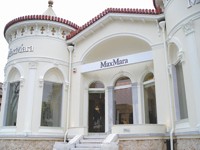 PARIS — Hankering for a monogrammed handbag in the north of England? Or in need of a fashionable designer coat in Siberia?

Help is on the way as high-riding fashion giants steer their global retail expansions into new, and less obvious, locations. Louis Vuitton is plotting an outlet in Leeds, England, this fall, for example, while Max Mara is to set up shop in Barnaul, Russia.

While designer firms still spy plenty of room to grow in established markets and major cities, many are venturing further afield into secondary and tertiary population centers. They’re capitalizing on a buoyant luxury market and banking on the reach of their brands and their ability to cultivate a local clientele for high-end fashions and accessories.

Tertiary cities already represent about 45 percent of the total number of doors for the Max Mara brand, and the percentage is growing for its Max & Co. and Marella labels, according to Luca Donnini, president of the Italian firm’s worldwide export division.

“Access to brands and products will be a very important ground for future competition in any market,” Donnini said. “We definitely prefer to be active in developing a rational tertiary retail formula to supply an original product with a good service, rather than to be passive and allow a growing parallel business.”

He acknowledged that revenues per square foot in tertiary locations are lower than in flagships in major capitals, but stores in smaller cities benefit from lower operating costs. Max Mara Group operates 1,930 stores in some 90 countries.

“As a general trend, we do feel that the so-called luxury market is expanding beyond the exclusivity concept and selective distribution boundary. This is an attitude that must be carefully considered in order not to spoil the positioning of the brand in the consumer’s mind,” he explained.

“But it’s also an opportunity to improve the access of our product to any residential area of wealthy communities.”

Neiman Marcus, which operates 37 full-price stores in the U.S., recently indicated it’s mulling openings in smaller markets where the affluent are clustered, such as Charlotte, N.C., Princeton, N.J., or in southern Florida. In addition, the retailer — along with competitors such as Saks Fifth Avenue and Barneys New York — is aggressively expanding its Web site to broaden its reach into states and towns where it doesn’t have a store. The goal, executives from all three retailers say, is to satisfy the growing demand throughout America for designer apparel.

Meanwhile, Valentino Fashion Group may have chosen to open the first M Missoni store worldwide in New York’s SoHo, but the firm sees plenty of opportunity in off-the-beaten-track locales as well as in Los Angeles, Chicago, Miami, Dallas, Boston and Atlanta. Graziano de Boni, president and chief executive officer of Valentino USA, mentioned smaller cities such as Des Moines, Charlotte, N.C., Nashville and St. Louis as among the areas the company would like to open M Missoni units.

“There’s a growing appeal and desire for better products in these places,” he said. “Women in these places have much less access to European products. These are places where opening an M Missoni store will be a big deal. The only thing serving these markets is the Internet.”

Even luxury brands with store counts surpassing the 200 mark are venturing into new territories, setting up shop in secondary cities in high-growth markets like China, Russia and the Middle East.

Vuitton, which recently opened boutiques in Luxembourg and Abu Dhabi, United Arab Emirates, has more globe-trotting in store. Coming later this year are locations in Budapest and Kiev, Ukraine, along with two new Chinese cities: Shenyang and Wenzhou. In Japan, Vuitton is eyeing smaller cities as part of its plans to continue to grow aggressively there.

“Sales of our new stores in Urawa and Mito, both middle-size cities, have been more than expected, and there is a possibility of opening shops in cities of that scale,” Kiyotaka Fujii, head of the French firm’s Japanese arm, said in an interview with WWD Japan. “In the metropolitan area, we will review location as well as size of the stores. After the land price declined [when the nation’s bubble economy collapsed], there are some changes of people’s place to live and shop. We will review them carefully and reconsider the lineup of merchandises.”

Hermès, which is opening or expanding 25 locations this year, plans new stores in Venice and Amsterdam, as well as a massive “maison” in Seoul.

To be sure, freestanding stores continue to be a major strategic emphasis for Europe’s big luxury players.

At Salvatore Ferragamo SpA, for example, the company’s retail network now generates some 70 percent of revenues, up from about 30 percent five years ago, said Ferrucio Ferragamo, ceo.

“We strongly believe in retail,” he said in an interview. “For 2006, we have a nice plan of expansion.”

Already this year, Ferragamo has opened flagships in Mumbai, India; Hamburg, Germany, and Ho Chi Minh City in Vietnam. The company boasts a network of 450 stores, of which about 221 are directly operated.

However, Ferragamo noted the company spies plenty of room for expansion in established markets and is giving “good-sized” cities priority, opening, for example, third locations in Beijing and São Paulo.

Other brands are also giving priority to familiar places. Among the major openings this year for Gucci are flagships in the Ginza district of Tokyo, an expanded flagship in Hong Kong and units in Mexico City, Puerto Rico and San Diego.

“We believe there’s still potential. We’re not maxed out,” said Gucci president and ceo Mark Lee. “Our main focus is to maximize the potential of the brand in existing markets.”

Lee noted that Gucci’s wholesale business, which represented some 29 percent of sales in the first quarter, gives it reach into smaller markets and tertiary cities where it doesn’t have freestanding stores. However, he noted the brand is still “underpenetrated” in California, and that a resort location bowed in East Hampton, N.Y., in May.

Giorgio Armani is currently in the process of fine-tuning distribution strategies for each of his five brands, said John Hooks, the firm’s commercial and marketing director and president of Giorgio Armani Japan.

And while Hooks does not envision boutiques springing up in, say, Dublin or Tallinn, Estonia, for the luxury Giorgio Armani collection, those are considered possibilities for the trendier and fast-growing Emporio Armani brand. Hooks also spies opportunities for stores under various banners in Germany, Eastern Europe, Asia and the Middle East. China is also a place where some luxury firms are already venturing well beyond Beijing and Shanghai.

“We believe a lot in the secondary cities in China,” said Hooks, citing plans to open Emporio units soon in Chengdu, Hangzhou, Xi’an and Shenzhen, among others. “Where we’ve opened up, we’ve had a lot of satisfaction. Wealth in China is very well distributed. We’re getting close to having 50 stores in China by 2008.”

Hooks noted that secondary cities in Russia, like Samara, are also looming as a promising new frontier for freestanding stores in the coming years.