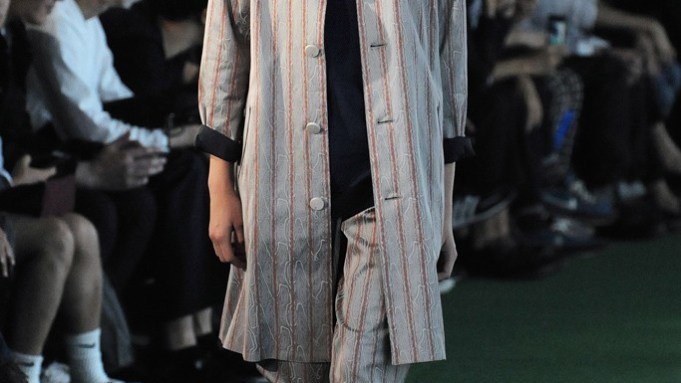 Tokyo Fashion Week is still a few weeks away but Factotum designer Koji Udo kicked off the spring season a little early this year. On Wednesday evening, he staged his show just outside one of Tokyo’s 1964 Olympics stadiums — a timely choice given the city’s recently won bid to host the 2020 Summer Games. Udo sent his guys — and gals — out in prep school appropriate looks like slim suits, jackets and shorts, many with sporty accents. Udo said he wanted to break “free from the typical gender role” and the result evoked equal parts “Gossip Girl” and “Harry Potter.”