Top trends and takeaways from a season of shows plagued by coronavirus fears.

Fashion month sputtered to a close not with a bang, but a sigh of relief. “I’ve never been more excited to go home,” said Modern Luxury fashion director James Aguiar walking out of Louis Vuitton on Tuesday night. “And this season, I really mean it.”

It was hard to watch the news — and be part of it — without feeling like we are in the end times. The camellia-decorated face mask in the front row at Chanel said it all.

Indeed, this runway season was a weird one. It started in L.A. with sexy stoner chic from Tom Ford, then had New York missing some of its biggest names and competing for attention with the Oscars. In London, energy was sapped by Brexit and Megxit, while the shuttering of Peter Pilotto and House of Holland were reminders of just how financially challenging fashion’s great creative incubator can be. In Milan and Paris, the Raf to Prada and Chitose Abe to Jean Paul Gaultier announcements stirred thoughts of brand succession plans. (Why are there so few?) Throughout, last season’s sustainability debate was more footnote than front and center, and the high-stakes U.S. presidential election seemed like a distant concern (fashion consultant Julie Gilhart’s “I Like Mike” button notwithstanding).

The coronavirus threat cast a pall over Milan and Paris (who can forget the haunting image of Giorgio Armani taking a runway bow to an empty theater?), sending editors and buyers home to, in some cases, self-quarantine (reinforcing the already existent image of their thinning ranks), and generating a low-grade sense of anxiety (and a lot of hand sanitizer sales).

But it didn’t stop Kanye from raising spirits with a Paris Fashion Week Sunday Service (whatever one thinks of his politics, or his Wyoming workwear cropped underboob puffers, the choir was moving). And it didn’t stop Timothée Chalamet from gracing us with his beautific mop-haired nonchalance at Haider Ackermann (second only to North West singing, it was the best celebrity sighting of the month). 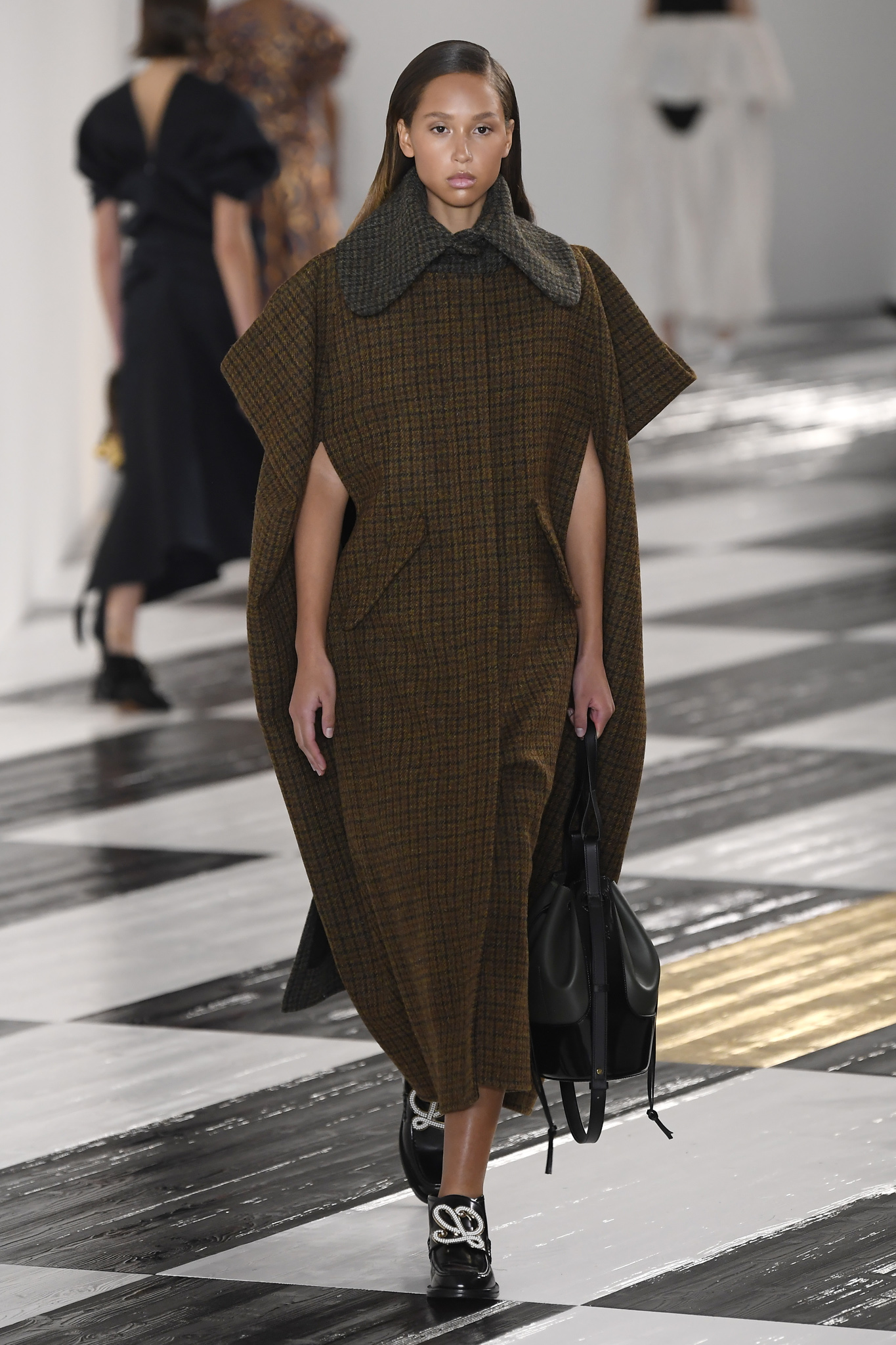 Despite it all, designers trotted out loads of good clothes, doubling down on the bourgeois look (which is for everyone, Olivier Rousteing reminded us), and showing a lot of capes (if we need a heroine to save us, we could do worse than one in Loewe plaid). Assertive tailoring had a new soft power, thanks to feminine touches like puff sleeves, corset stitching and wrap details gracing suits and outerwear at Gabriela Hearst, Michael Kors, Max Mara, Jil Sander, Sacai, Altuzarra and Givenchy. And fun fringe was spilling out all over at Prada and Bottega Veneta.

Rodarte, Alexander McQueen and Valentino spun dark romances out of lace, petals, hearts and frills, while Oscar de la Renta, Balenciaga and Dries Van Noten gave us sparkle, and Bottega Veneta and Tom Ford fab jeans, to wear to party like there’s no tomorrow. The morning after, to pay penance (to god or Yeezy) there were papal lace collars, ethereal volume dresses and chainmail veils at Paco Rabanne.

Beyond trends, designers gave us plenty to mull over in the coming months, including the right balance between concept and commerciality, as well as the importance of a seasonal theme vs. individual styles. 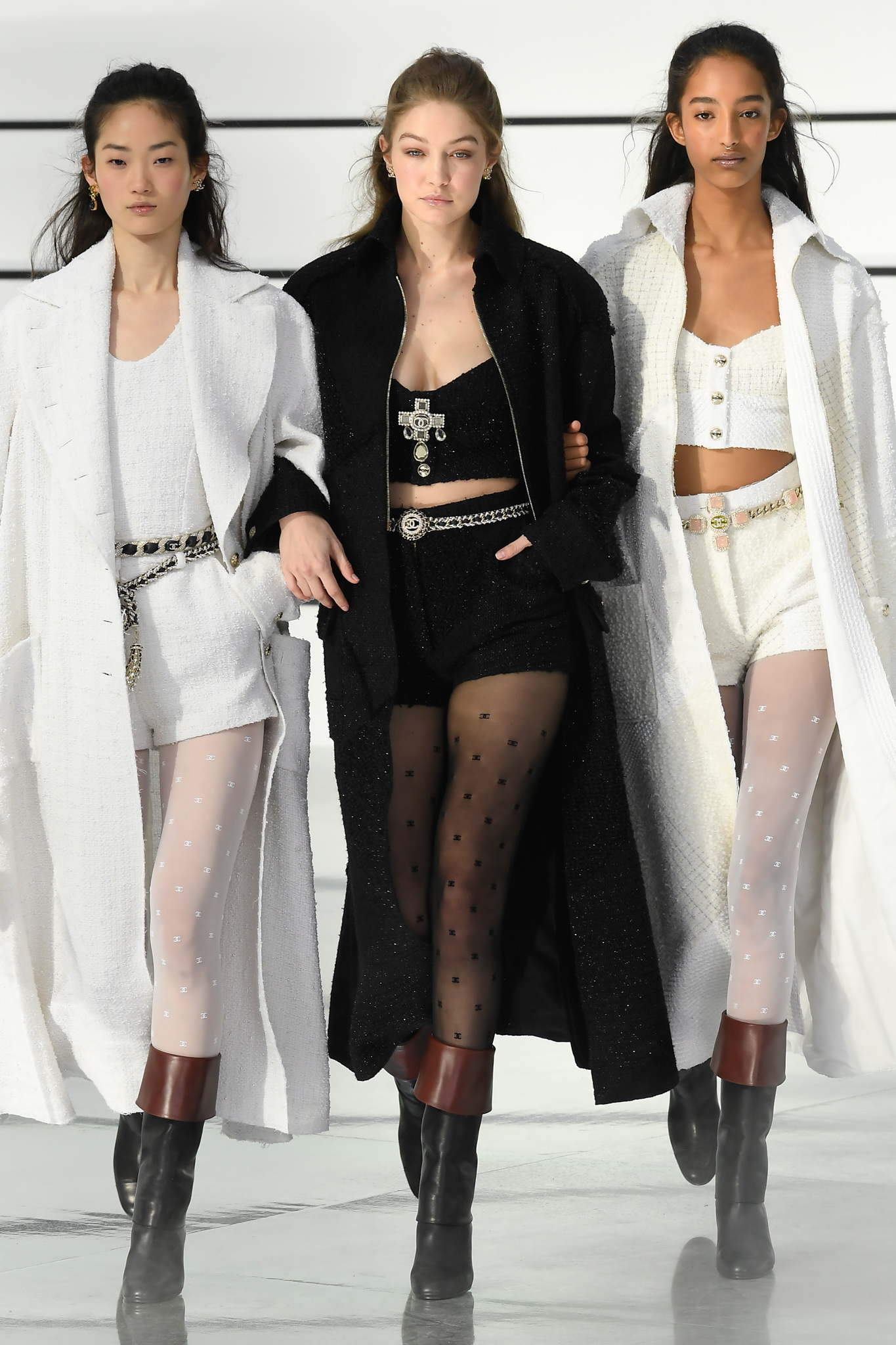 Haider Ackermann hit on something when he said his collection was inspired by tribes standing tall and being present. It might just be the future of the runway. Think about it: What better way for fashion to counter time traveling at nanospeed, and the rush to make more and buy more, than to show things that can’t necessarily be dated? Marc Jacobs had the same idea with his cast of sublimely dressed-up characters, including Miley Cyrus. Just good clothes, period.

Chanel’s Virginie Viard seemed to be on a similar wavelength in one respect. She had models walking in groups, like friends strolling the Avenue Montaigne, each wearing their own individual looks. In the process of knocking the house off its pedestal and into the street, she showed short-shorts, crop-tops, CC logo stockings and side-snap jodhpur pants over the same pair of pirate boots — a lot of commercial pieces and stylist tricks but maybe not enough dreams. Still, she raised an interesting question about the role of a top-down creator in a world being inherited by Zoomers who look more at what their friends are wearing on social media than a runway. Working in that rubric, Chanel offered plenty.

Another thing I’ve been thinking about is if there could ever be a silver lining to the coronavirus. Not in any way to diminish the anxiety, pain and death caused by it, but one only has to look at history to know that germs change society. Could they also change fashion?

For a while now, the industry has been looking for a way to shorten the relentless carbon footprint of a show schedule, and this could force the issue. Brands, retailers and editors in Milan and Paris are having to figure out how to do more of their business online, and maybe it will change the system. Then again, 16 million Chinese watched live-streamed Milan Fashion Week shows, according to a study by Deloitte, as part of an initiative designed to work around the crisis. Was it as good as being there?

The market will tell. 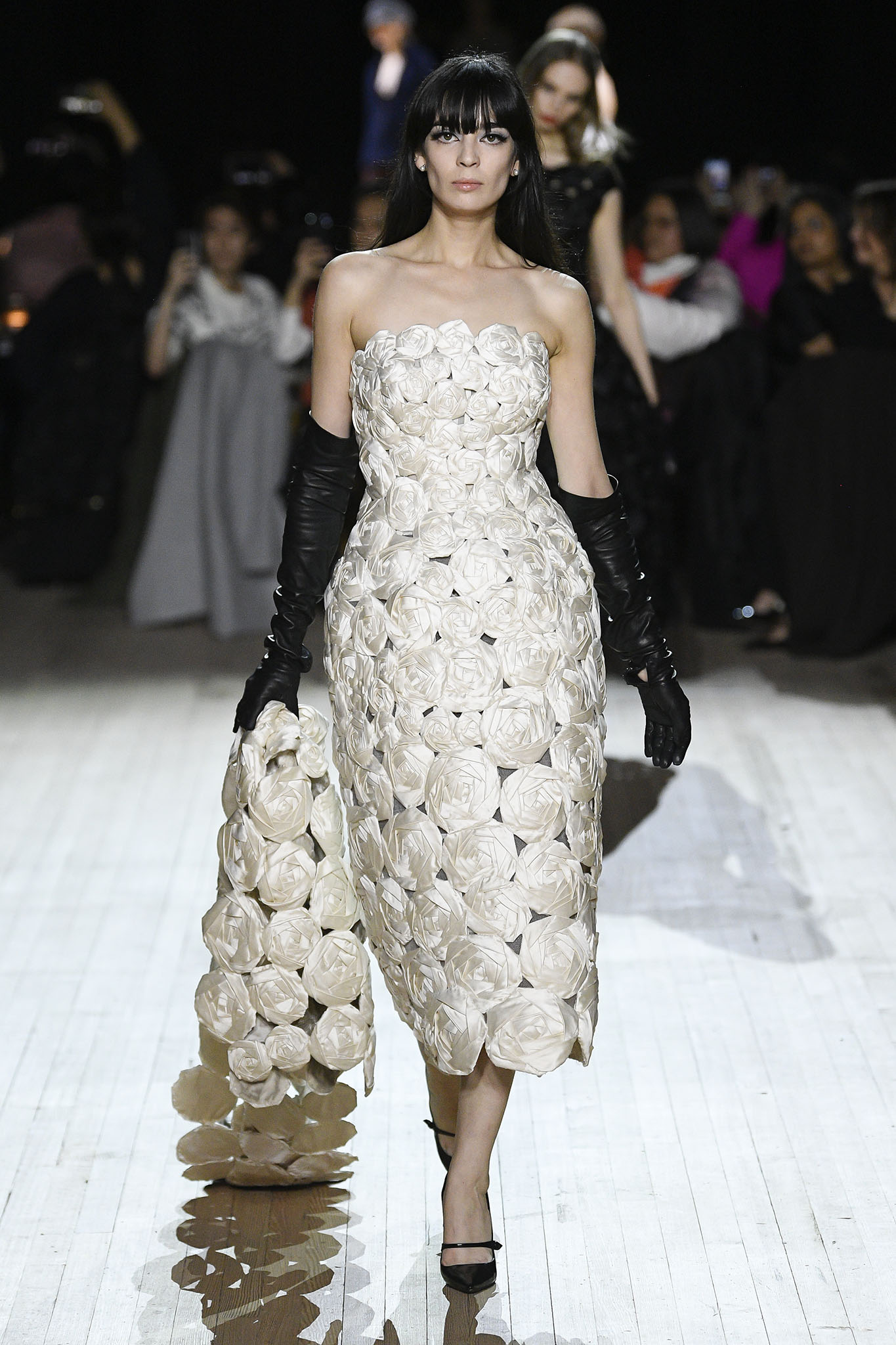 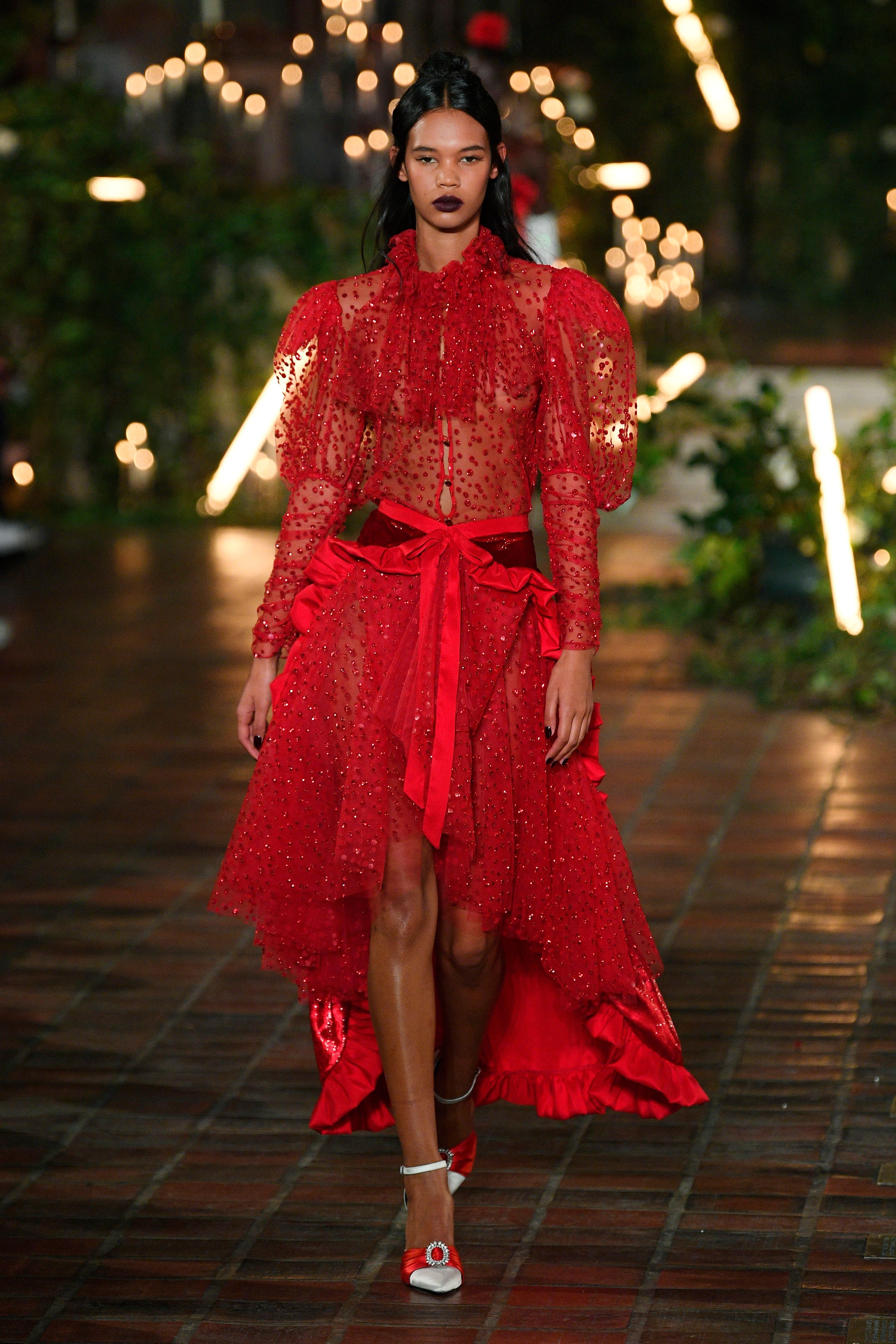 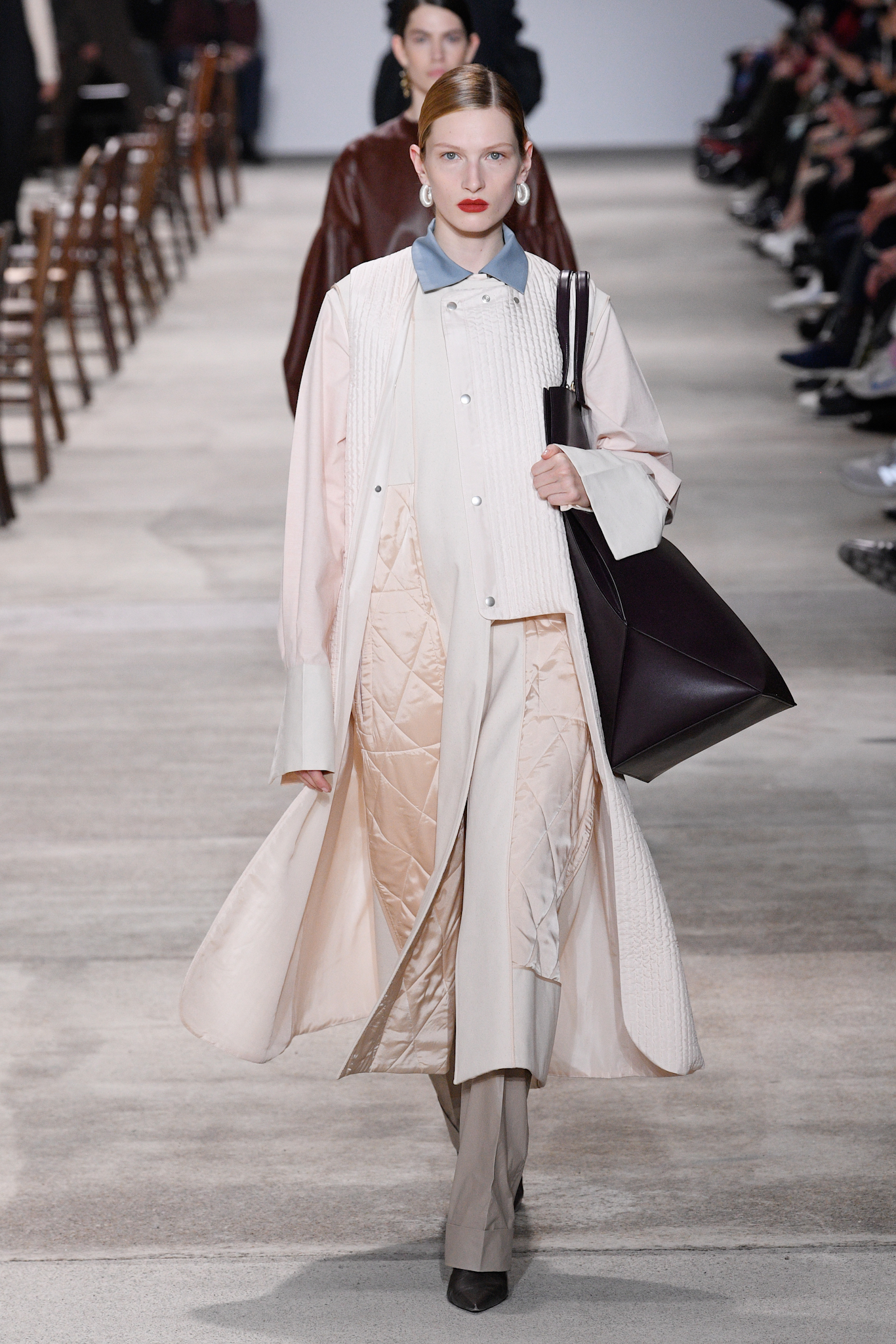 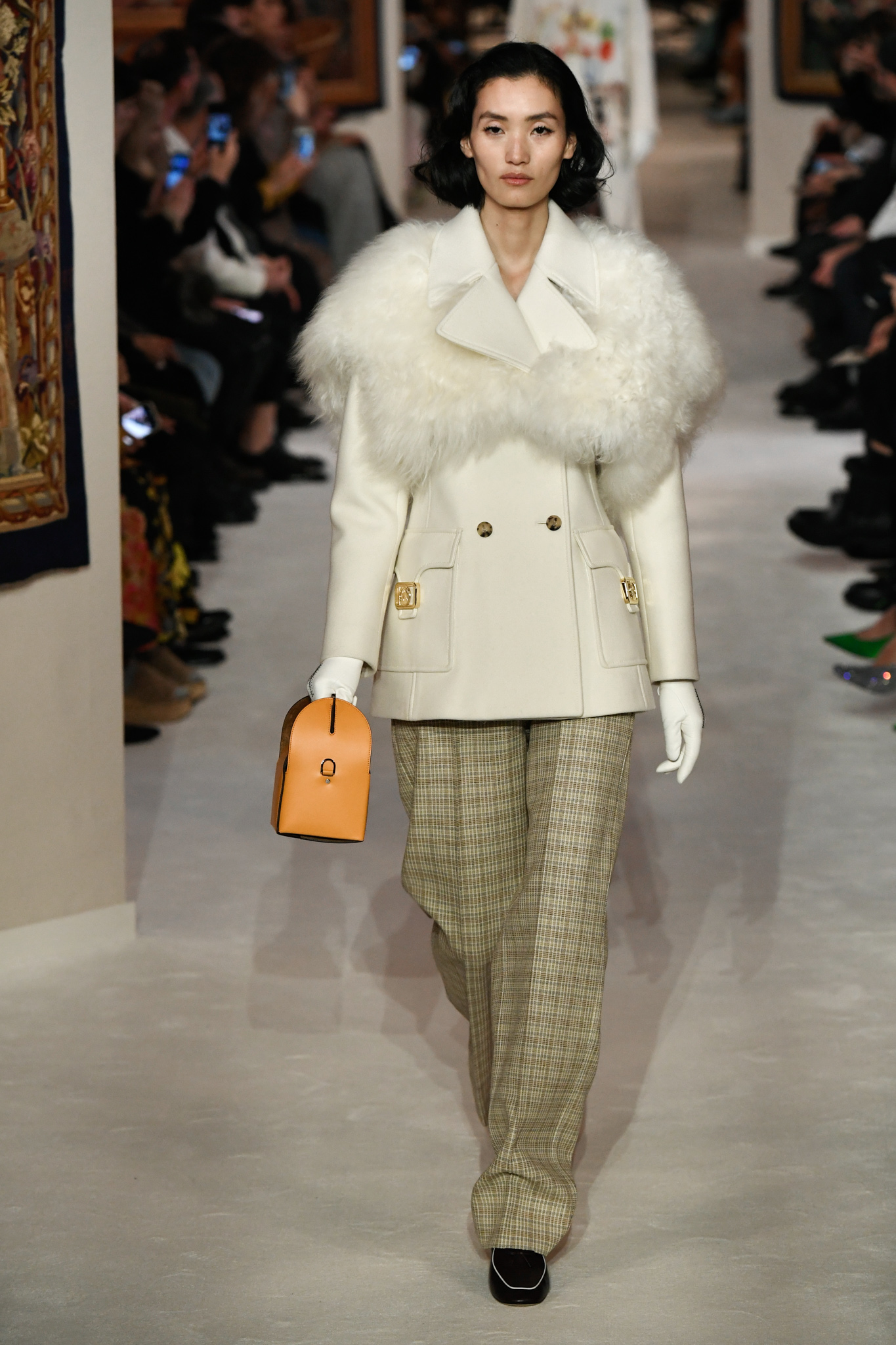 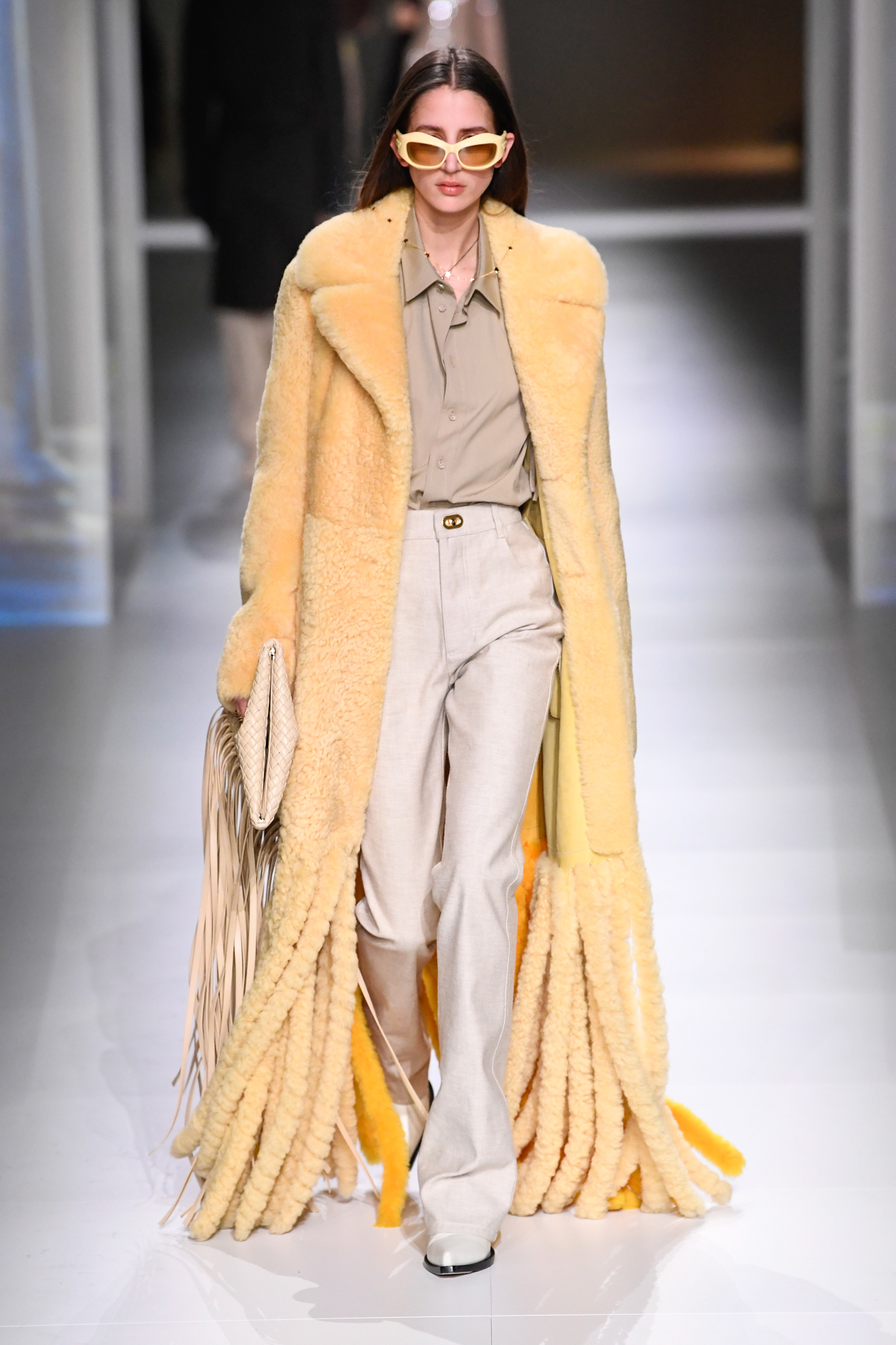 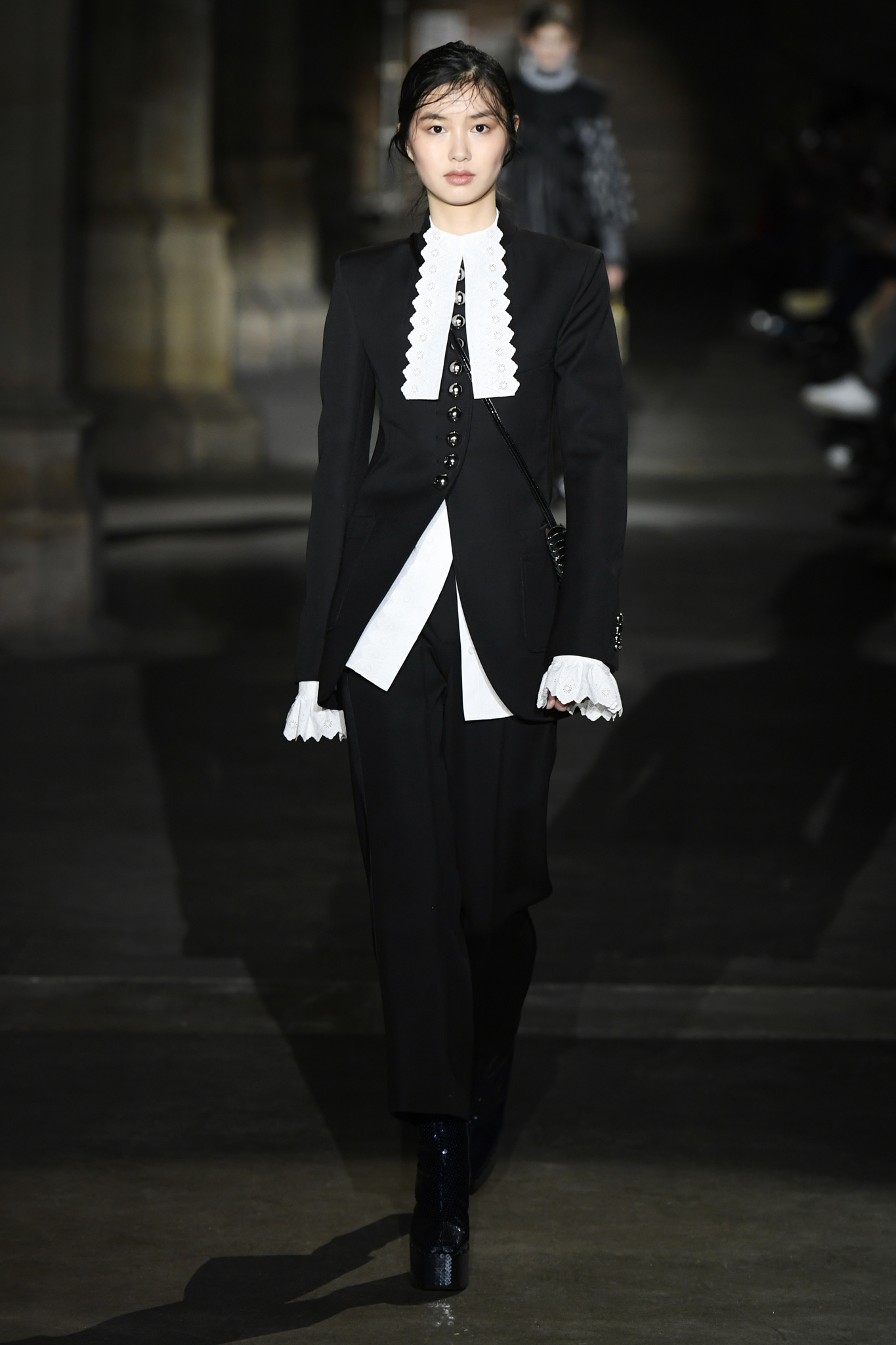