The retailer is looking to solidify its status as market leader with a new brand identity and global campaign.

LONDON — Farfetch has gotten ahead in the retail race this year, with its marketplace model proving to be better suited to weathering the COVID-19 storm than some of its competitors.

Now the company is looking to reinforce its position of strength with a refreshed brand identity and a new global campaign.

The campaign, called “Open Doors to a World of Fashion,” has a fashion team behind it that includes British photographer Harley Weir, French filmmaker Siman Cahn and Russian stylist Lotta Volkova, best known for her work at Vetements.

It’s looking to send a message of optimism and celebrate the global community that is the fashion industry, by featuring a range of creatives from across the world, including the Broadway playwright and actor Jeremy O. Harris; fashion muse Veronika Kunz; music artist Kindness; London poet Sonny Hall; Chinese actress Angelababy; environmentalist Wilson Oryema, as well as “new faces to watch from China, Nigeria and India.”

Farfetch is also making sure it’s spreading its message far and wide, with the campaign launching across all its key markets — such as New York, Shanghai, London and the Middle East — and all channels, from the traditional to the future-facing ones. 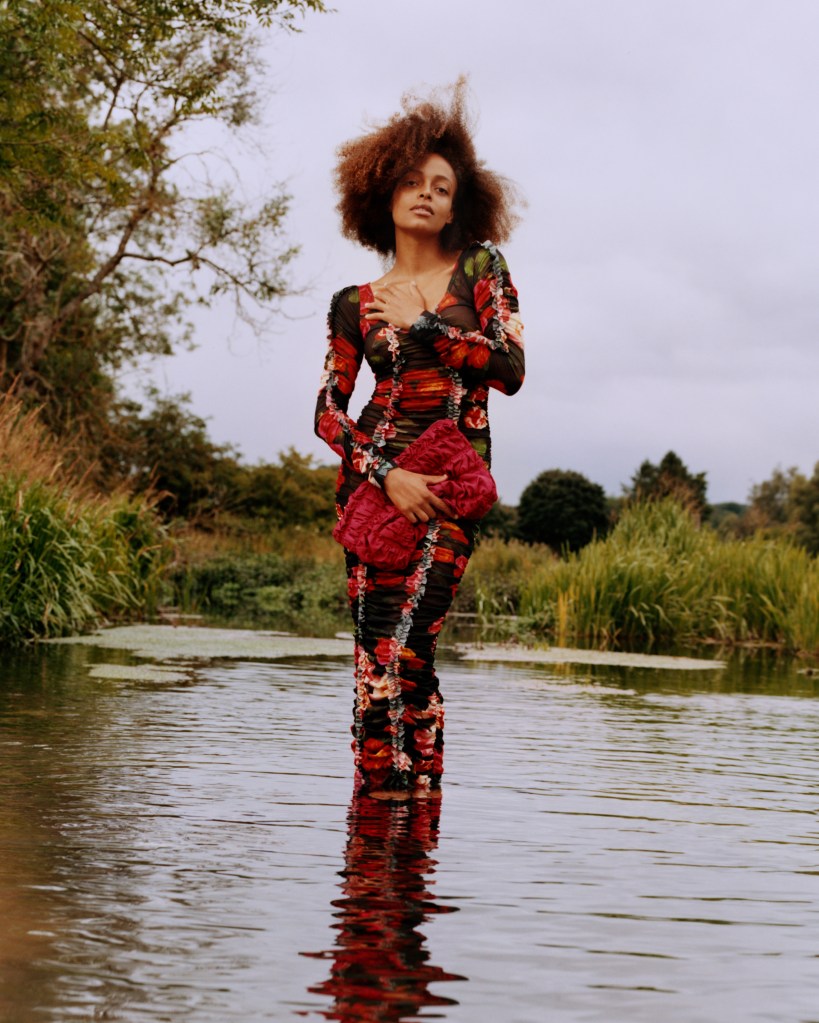 The campaign will be featured across print and online titles, social channels, billboards and TV — a first for the digital-first company.

There will also be a TikTok challenge, a new YouTube channel, and Instagram conversations, all tied to the campaign’s theme of “togetherness,” as well as a Snapchat Portal Lens that will allow customers to virtually visit Farfetch boutique partners globally.

“In a world where perhaps we can’t physically be together, where we can’t travel to our favorite boutiques or shopping destinations, we wanted to express how we can bring the world of fashion to people everywhere, now and in the future,” said Holli Rogers, the company’s chief brand officer. “Farfetch lives at the intersection of two worlds – fashion and technology. These worlds were already merging before the global pandemic, but the move to online is accelerating. Through this campaign, we bring our own highly distinctive global community together, opening doors to a network of like-minded souls.” 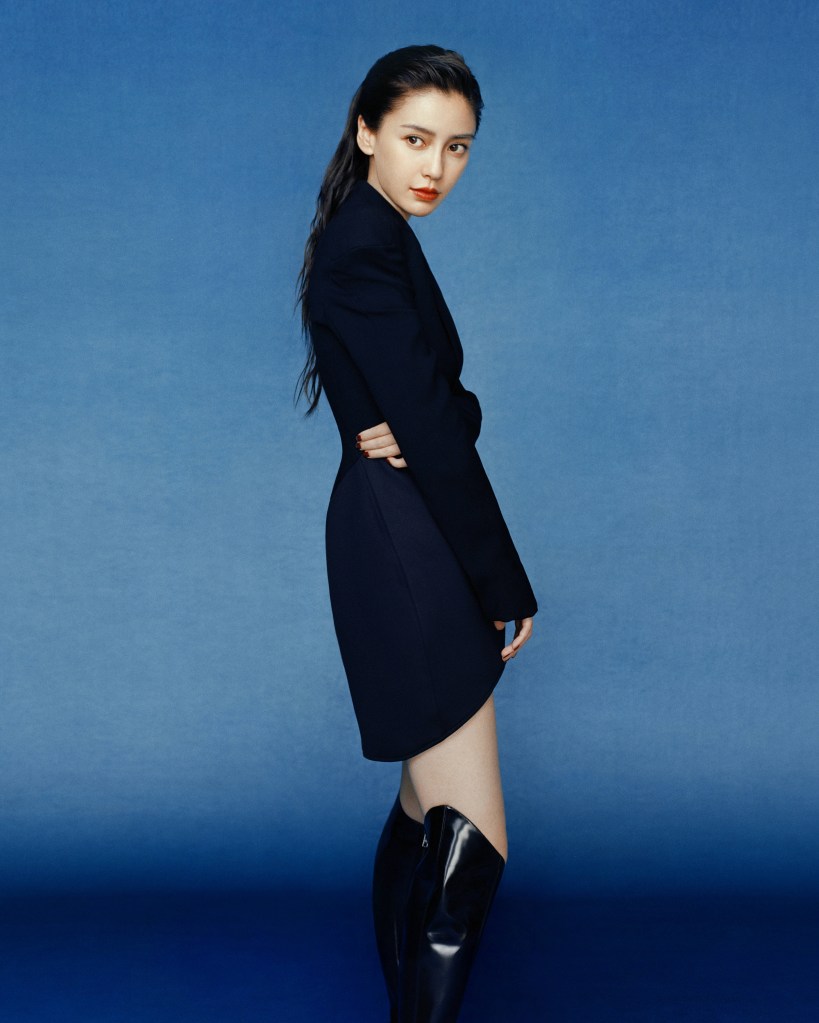 Coinciding with the campaign debut is a new visual identity for the retailer, designed to be more “streamlined and modern.”

The company worked with Munich-based design studio Bureau Borsche to create a bespoke typeface and Fuse monogram, to refresh the Farfetch branding — the aim being for the monogram to be adaptable enough to be used as an app icon and across a billboard in equal measure.

“Farfetch is now in its second chapter as a company, and we need an identity that reflects that. It marks a new era of expression, ambition and evolution. This is the perfect moment to build on our growth so far,” said Rogers. 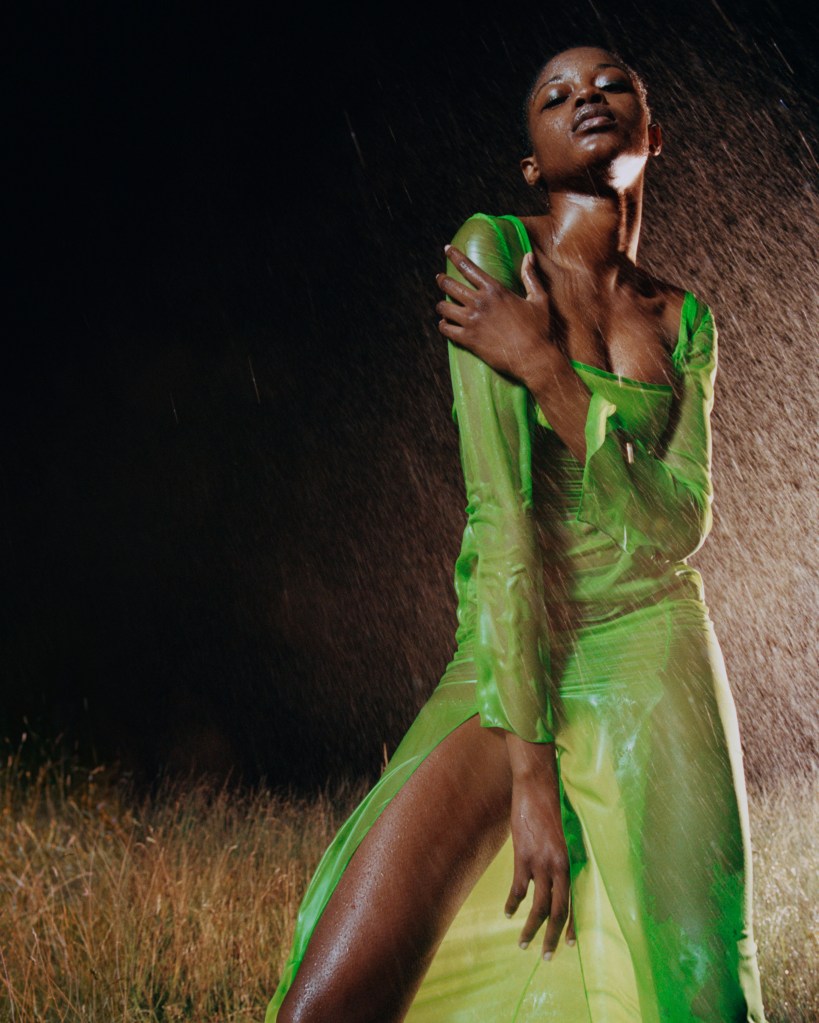