Written by David Tischman, the series contains 26 chapters — about five pages per chapter, each one slated to roll out weekly over the course of six months on the Line Webtoon Web site and mobile app — fusing fashion and superheroes in a cheeky New York story reminiscent of “The Devil Wears Prada.”

Tischman, a New York-based comic book writer who has written for series such as “Star Trek,” “American Century,” “Teen Wolf” and more, had his lightbulb moment for the story while walking down the street. “I saw this woman walking down Broadway wearing these shiny coral leggings and a sports bra,” he said. “And I thought to myself, ‘That’s a superhero costume.’” The vision prompted Tischman to think about how the costumes of superheroes have evolved over time and spurred the plot line for the series, the first one he’s ever written with a fashion theme.

Citing a natural interest in the industry — with reality shows “Project Runway” and “What Not to Wear” among his favorites — Tischman dove into fashion research, referencing Stella McCartney and Bottega Veneta as well as more obscure brands like Back to the Fox, an outerwear line based out of Budapest, as inspirations. “I bought a huge stack of fashion magazines and an early copy of Cintra Wilson’s latest book,” he said. “Our villain’s boots are inspired by something I saw on the Hood by Air runway.”

In the series’ first chapter, “A Clothes Call,” readers meet the heroine, 23-year-old Zoe Porter, who recently graduated from The New School’s Parsons School of Design with dreams of launching her own line of superhero costumes at New York Fashion Week. Until then, she’ll be working for a designer named Dyna Cuff, who Tischman envisioned as “the Mary Quant of superhero costumes. She’s crazy and a genius and the clients are insane,” he said. The dialogue is sassy, humorous and sprinkled with expletives, with accompanying illustrations by Hong Kong-based artist Audrey Mok.

“Superheroes are by nature aspirational,” Tischman explained. “They live on a higher moral plane than you and I; they have the fortitude to go out there and fight for what’s right. But fashion is also aspirational. We present an image to the world with the clothes that we put on every morning….When we’re standing naked in front of the closet, that’s our secret identity. We put on that super suit and go out into the world and try to make it a better place. It’s a really great mixture of two worlds that you never thought would go together.”

The series, which debuts today on Line Webtoon, is expected to appeal to a growing amount of female comic readers. The digital platform, which launched in Korea in 2004 and last year in the U.S., logs 6.2 million daily users. 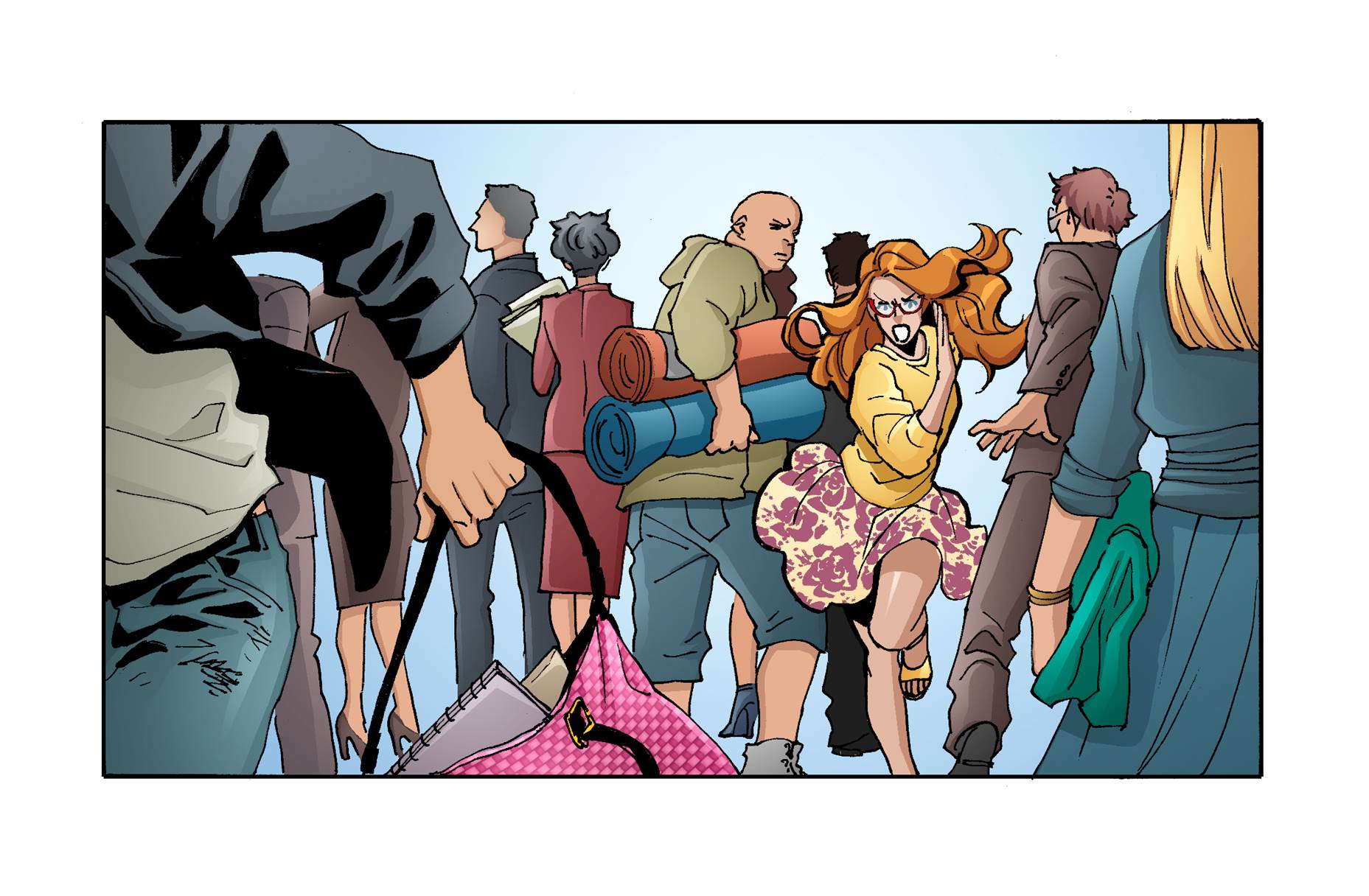 A look at the “Heroine Chic” fashion comic debuting today on Line Webtoon.