Fashion & Film: They Wore It, We Wanted It

By Marcy Medina and Donna Heiderstadt on February 18, 2015
View Slideshow 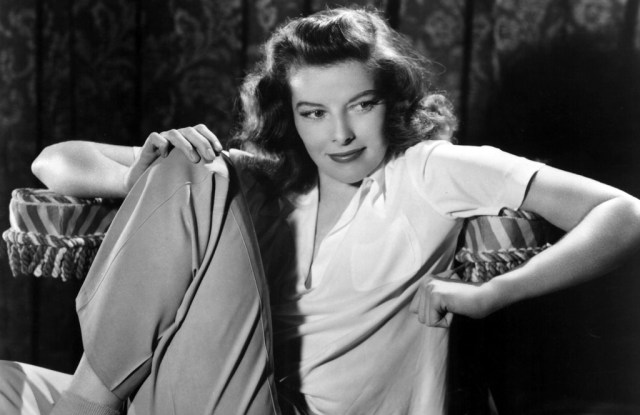 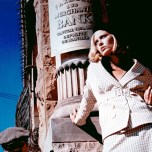 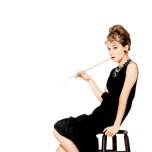 Holly’s little black dress, Annie’s baggy khakis, Bonnie’s jaunty beret, Tony’s white polyester suit. The clothes worn by some of moviedom’s most memorable characters have had audiences rushing to replicate the looks for the past 75 years.

THE FORTIES
The Philadelphia Story: She rarely wore skirts off camera, and in the first scenes of this 1940 romantic comedy, style rebel Katharine Hepburn donned a pair of Adrian-designed tailored trousers. Playing Philadelphia socialite Tracy Lord alongside Cary Grant and Jimmy Stewart, the feisty actress helped usher in a new fashion era for women—one in which getting dressed one leg at a time was no longer taboo.

THE FIFTIES
Rear Window: Whether she was leaning in, resplendent in a black-and-white tulle gown, to kiss a slumbering Jimmy Stewart or pulling a satin negligee from a stylish Mark Cross bag, Grace Kelly’s turn as lithesome fashion consultant Lisa Fremont in Alfred Hitchcock’s 1954 thriller was mesmerizing. No binoculars were necessary to spy on this haute, Edith Head-designed wardrobe.

THE SIXTIES
Breakfast at Tiffany’s: Sad-yet-insouciant Holly Golightly may have had the “mean reds,” but it was her little black dress—a Hubert de Givenchy design worn by Oscar-nominated Audrey Hepburn in the opening scene of the 1961 film—that inspired envy and endless imitators. In 2006, one of the three original Italian-satin dresses Givenchy created for costumer Edith Head sold at Christie’s for $467,200.

Annie Hall: When Woody Allen’s neurotic comedian Alvy Singer first meets the title character of his Oscar-winning 1977 film, played by Diane Keaton, dressed androgynously in baggy khakis, a men’s dress shirt, a vest, a tie and a fedora, she takes him for a madcap spin in her VW Super Beetle convertible—and the fashion world went along for the ride.

THE EIGHTIES
American Gigolo: Richard Gere was more memorable as the perfect foil for designer Giorgio Armani’s relaxed, luxurious suits than as the title character. This 1980 film about Julian Kay, a Los Angeles escort who liaises with a politician’s wife (played by Lauren Hutton), made the Italian designer a household name. Armani’s silk-and-linen designs looked equally great laid out, piece by piece, on Julian’s bed.

Out of Africa: She had a farm in Africa—and a ruggedly handsome lover played by Robert Redford who washed her hair on a riverbank—but Meryl Streep’s 1985 star turn as Danish writer Karen Blixen is most notable for the great fashion migration it spurred: utilitarian safari jackets and colonial-era shirting dresses. Ralph Lauren built his empire on it, and 30 years later the look remains one of his signatures.