Fashion Gets Friendly with Veganism

Vegan fashion is shedding its stigma as natural clothing far from being fashion-forward. 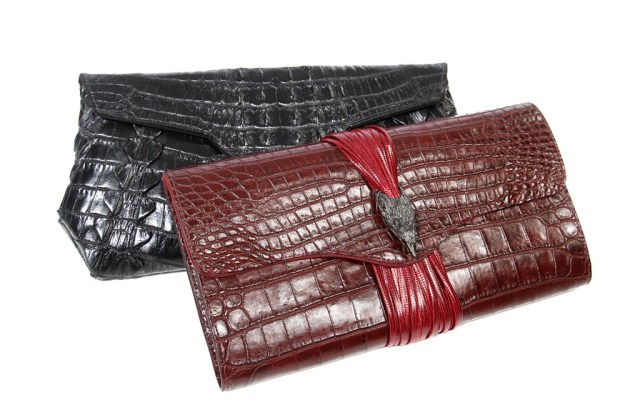 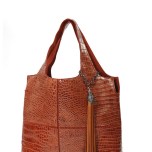 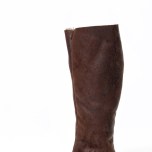 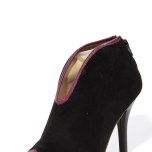 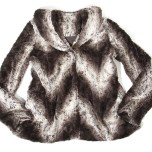 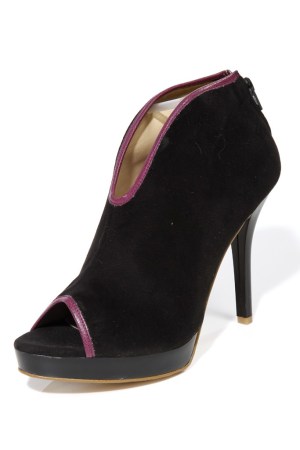 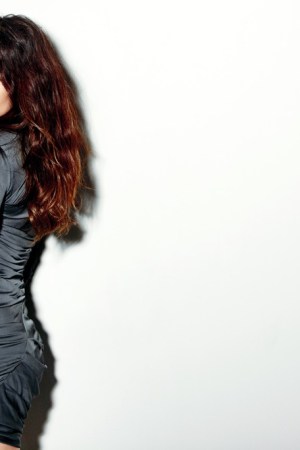 LOS ANGELES — It may be incomprehensible for a designer to purposely limit their resources, but John Bartlett did exactly that. For someone who’s known for his urban tough guy image, the New York designer eliminated leather, wool and down feathers from his namesake line — all for the sake of veganism.

Bartlett, who became a vegan more than 18 months ago, has been reformulating his namesake collection to exclude animal products. He’s even testing fake leather in his first collection of dress shoes.

“It’s slow going but I’m getting there,” he said. “There is still a concept of luxury at every standpoint that people want leather and fur. There’s still a huge demand for what people think is luxury, which badly involves the killing of animals.”

Along with people like Olivia Wilde, Chrissie Hynde and Cornelia Guest, Bartlett is giving vegan fashion a makeover. Under the influence of vegans in the art and fashion world who want their aesthetics to match their lifestyle that prohibits the use of animal products, vegan fashion is shedding its stigma as natural clothing far from being fashion-forward.

“It’s important to have those stylish Hollywood/rock star/celebrity vegans showcasing that you can lead an aesthetically pleasing and indulgent lifestyle and still do good,” said Joshua Katcher, who runs a men’s vegan blog called the Discerning Brute as well as a vegan e-commerce site, bravegentleman.com.

Vegan fashion has been merging into the mainstream. Matt & Nat, a vegan-friendly handbag line that was started in Montreal 16 years ago, is now sold at Saks Fifth Avenue, Bloomingdale’s, Scoop and Urban Outfitters. Having offered fabric and nonleather shoes in its moderately priced line since the late Nineties, Aldo is now a go-to red carpet choice for vegan celebrities such as Ginnifer Goodwin and Natalie Portman. Free People recently unveiled a collection of vegan leather and suede, including $148 suede bellbottoms by the Battalion. Rebecca Minkoff LLC, the parent company of Rebecca Minkoff and Ben Minkoff, began selling a vegan bag line called R & Em exclusively at Macy’s last spring. Vaute Couture has sparked interest from Bloomingdale’s to carry its vegan-friendly coats retailing from $300 to $550 for as early as fall 2012.

“The stores are going to pick up things that they think their customers will understand and relate to,” said Jaclyn Sharp, founder of Imposter in Westport, Conn.

On the other hand, vegan luxury can be difficult to pull off.

“All your high-end customers want to carry a Bottega Veneta bag or Prada bag,” said Delia Seaman, owner of Les Pommettes, a vegetarian-friendly boutique in Los Angeles that doesn’t carry leather. “Most of the ones that are fake [leather] are really bad styles. As far as belts are concerned, that’s a disaster. I honestly think it’s a huge gap in the marketplace.”

Raven Kauffman hopes to fill that gap. Repulsed by how exotic skins such as lizard and python were acquired for her early designs, she challenged herself not to use any animal products in her handbag line. She resorted to fake fur, recycled polyester ultrasuede and rubber molded to mimic crocodile and alligator skins. “It changed my way of thinking of design,” she said.

The switch also drastically affected her prices. Her new vegan-friendly line, Raven Raven Kauffman Couture, wholesales for between $140 and $289, less than half that for Raven Kauffman Couture, which costs up to $900. The lower prices expanded her distribution beyond 10 quirky, high-end stores such as Maxfield and Des Kohan to more than 70 accounts including Saks Fifth Avenue and Isetan. She also hopes she will no longer be persona non grata around vegan celebrities.

“You see new people entering into that grouping [like] Lea Michele and Petra Nemcova, who are vegan and don’t carry things that are not,” she said.

Michele and Nemcova are part of a growing circle of high-profile vegans. Maggie Q, Alicia Silverstone, Jenna Dewan-Tatum and Emily Deschanel have found a way to abide by vegan principles without shirking glamour on the red carpet. Joaquin Phoenix, Casey Affleck and Tobey Maguire form a coterie of leading men who are vegans. Even boxer Mike Tyson and UFC fighter James Wilks get pumped without eating meat and dairy.

In Maguire’s case, “he’s very active in veganism,” said his wife, Jennifer Meyer Maguire, who added: “You will never catch him in a leather jacket.”

Still, it’s a challenge for style mavens to avoid real animal skins. Consider Olivia Wilde, the star of “Tron” and “House,” who became a vegan to protest the meat and dairy industry. She has been photographed on the streets of Los Angeles and New York wearing leather jackets by ALC.

“It’s hard to enjoy fashion and not wear leather,” she confessed. “By no means, I say, is it easy to live that [vegan] lifestyle. I struggle with it. I don’t dress completely ethically but I try to.”

To be considered vegan, an item can’t incorporate any material derived from an animal. Leather, suede, fur, wool, feathers, silk and pony skin are verboten. Advancements in technology have opened the field to vegan alternatives for animal skins. Because vegan materials aren’t produced in large volumes, their prices can be high. A vegan garment could cost 25 percent more than one made with conventional animal materials.

There are no reliable statistics for the size of the vegan fashion market. In a 2009 poll, Harris Interactive estimated that the U.S. is home to 3.1 million vegans. Denim, cotton dresses and Tencel T-shirts from brands that don’t declare themselves as animal-friendly often fill vegans’ closets. Although Stella McCartney is considered vegetarian-friendly because it uses silk and wool, it is still a popular choice of well-heeled vegans for its anti-leather and fur stance.

“You’re going to see a shift of more designers,” she said. “What will follow next is high-end fashion because what has been a challenge is people using materials [that are vegan-friendly]. Now it’s much more common to use these sustainable plant-based and man-made materials. That’s the next wave.”

The wave of new vegan designers includes Chrissie Hynde, who’s channeling her rocker style into a vegan fashion line called Fairground Luck. Kimberly Ovitz is researching ways to make her line vegan-friendly. “It’s a great opportunity because there are not enough people doing that,” Ovitz said.

Moreover, Elizabeth Olsen, the designer of three-year-old vegan shoe brand Olsenhaus, is introducing handbags and clothing for fall 2012. Of her apparel collection, which will retail for less than $500, the alumna of Calvin Klein and Tommy Hilfiger said, “It’s going to be a ready-to-wear line that has the same characteristics as the shoes — clean lines, unexpected touches, unexpected detail, little pops of color where you don’t expect them. It’ll be more tailored. Everybody’s done an organic T-shirt and an organic cotton dress. You can find that at H&M. What you can’t find is well-designed structured clothing line that’s vegan.”

Cornelia Guest, the New York socialite who runs her own vegan cookie and catering business, can attest to the difficulty of building a vegan wardrobe. She launched a namesake vegan handbag collection, which hit Bloomingdale’s in September. She plans to introduce a clothing line next year. Like her fake leather accessories that all retail for under $300, the apparel will be a mix of clothes to wear to work and on the weekend. Footwear is another category she’s contemplating.

“I still wear some shoes that aren’t vegan because I can’t find anything available,” she said. “I look forward to doing my own line of shoes so that I don’t have that problem any longer.”