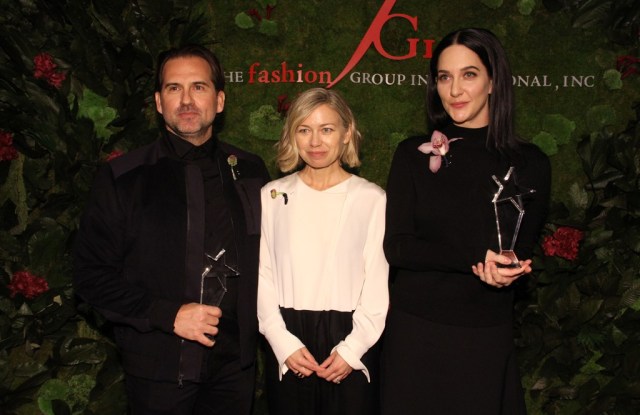 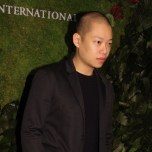 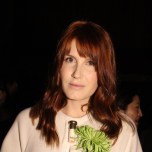 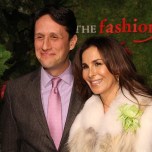 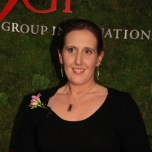 NEW YORK — Seven years after Jason Wu walked away with one of the Fashion Group International’s Rising Star awards, the designer candidly described his own ascent in his keynote speech at Friday’s annual luncheon.

In what was “somewhat of a homecoming,” because he was “kind of in the hot seat not too long ago,” Wu detailed his own unorthodox journey into fashion. However unrelated running a toy business from his Connecticut boarding school dorm room was, Wu said that experience helped prepare him for starting his fashion company. And he did just that in 2007 by opening a design studio — which was in his living room.

“When you run a small business, you are one day a designer, the shipping manager the next day, the receptionist the next day — ‘Hello, Mr. Wu will be with you in a second.’ It makes you sound important,” Wu said. “It was really crazy, but it was really fun. I think a lot of you can speak to this — receiving your first Neiman Marcus or Saks shipping manual was the most exciting thing ever, because they get to charge you back for everything.”

While many in the crowd laughed knowingly, Wu spoke seriously about how having a career in fashion requires a lot of hard work, determination, guts and passion. So much so that he said he still considers himself a student of the industry, because his mother always told him that “‘once you stop learning, you stop growing.’ And these are the words we live by every single day.”

During the awards at Cipriani 42nd Street, guests learned of a first for FGI — Sally LaPointe and Haus Alkire’s Julie Haus Alkire and her husband Jason Alkire tied for the women’s wear award. The two labels shared top honors in a field of 10. Wearing suits of their own design, Salence’s gentlemanly Whitney Hunter and Andy Gathings won the men’s wear prize with a deep tip of their hat to the two other finalists, Alder New York and Alexander Nash. The retail prize went to Frank & Eileen’s Audrey McLoghlin, beating out Artisan Connect; Tinker Tailor; Spring, and Wanelo. Home/interiors was awarded to Marks and Frantz’s Lydia Marks and Lisa Frantz, who beat out Kriest, Lazzoni USA and Sam Allen Interiors. Fine Jewelry winner Paige Novick of Phyne picked up her award from Benjamin Macklowe, who, by chance and unbeknownst to the crowd, had spoken at her wedding. She won over Eva Fehren and Lisa Black Jewellery. The accessories prize was presented to another jewelry designer, Beth Macri, who won over four handbag brands: Fairchild Baldwin; Jgeren; Jill Haber Design Group, and Yliana Yepez.

Restorsea’s Patti Pao was the Beauty/Fragrance Entrepreneur winner, with the other nominees being Lurk; Mèreadesso Inc., VBeautè, and Willagirl. This year’s Karen Harvey Business Innovator Award went to the married team of rewardSTYLE’s Amber Venz and Baxter Box. Beauty/Fragrance Corporate winner Mimoza Disha of MAC Cosmetics shared her can-do spirit, passing along Estée Lauder’s words to the crowd. “I didn’t get here by dreaming about it. I got here by doing it.”