Fashion Lab: The State of Show Me

A number of designers presented their spring collections in most unusual ways.

By Laurent Folcher and Natasha Montrose on November 14, 2011
View Slideshow 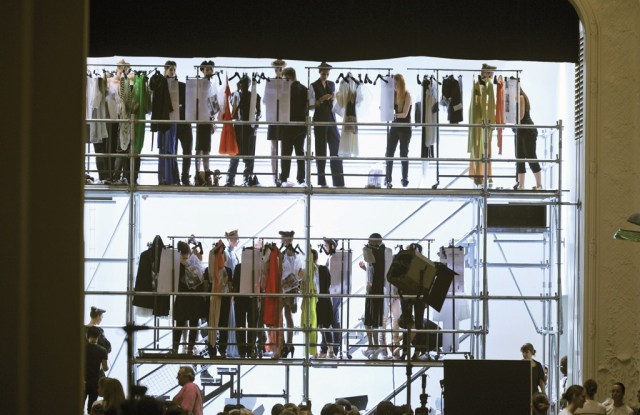 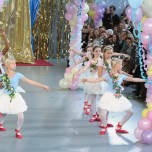 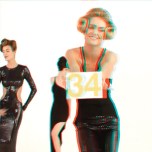 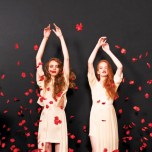 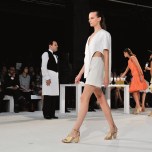 Experimental designers set out to prove the medium is the message this year. these are some of the more atypical methods of presentation from the spring collections.

Hussein Chalayan: The designer himself played a waiter on a set designed like an art gallery opening, with models pretending to sip Champagne. The flutes were actually high-tech cameras taking instant shots of their mouths—that were screened live.

Kenzo: Humberto Leon and Carol Lim invited their New York friends to participate in a joyful presentation in which models strode to specially commissioned live music played by Jason Schwartzman and his “Kenzoes.” Chloë Sevigny closed the runway, which snaked inside and outside of their headquarters building as staff waved from every window.

Jean Paul Gaultier: Gaultier offered a reality-show presentation with the backstage installed on stadium scaffolding. Models were dressed live as the backdrop for the runway, and photographer Miles Aldridge shot for the upcoming campaign in a studio plunked in the middle of the audience.

Norma Kamali: The designer opted for 3-D technology with a screening of an eight-minute film. Each guest received a pair of custom cat-eye glasses to view the 67 looks, which were shown to the public via a special Web site launched shortly after.

Meadham Kirchhoff: This presentation, set on a stage fit for a prom, sent out a troupe of pastel-dressed early Courtney Love look-alikes tap-dancing. They were followed by 10-year-old ballerinas performing, and the show ended on a giant rotating birthday cake.

Tata Naka: Against the backdrop of one of its predominant prints—roses—Tata Naka introduced an interactive element, shooting its spring look book while models paraded the clothes.