WWD highlights the most dynamic moments in fashion this year. 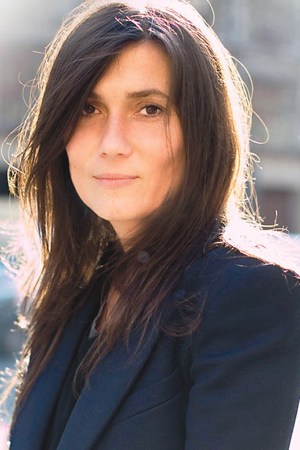 WWD highlights the most dynamic moments in fashion this year.

Jan. 4: In a rare interview, Rei Kawakubo talks fashion and the future. “Once I make something, I don’t want to do it again, so the breadth of possibility is becoming smaller — it’s a challenge always creating something new and different.” She’s open to the idea of selling her company, but says she doesn’t think anyone would be interested.

Jan. 10: Designer Joan Vass, 85, dies in her sleep after suffering from a fall.

Jan. 11: Rachel Zoe launches her fashion line and reveals to WWD that she’s having a baby boy.

Jan. 19: Say good-bye to Tao Comme des Garçons, which ends with the spring collection after a six-year run.

Jan. 25: In an exclusive interview with WWD, Miuccia Prada talks about the challenges of globalization, fast fashion and her views on the art world.

Feb. 7: Greg Lauren —  nephew of Ralph and husband of Elizabeth Berkley, she of “Saved by the Bell” and “Showgirls” fame — launches  a fashion collection.

Feb. 8: Ralph Lauren introduces a luxury denim collection that includes a denim tuxedo and a jumpsuit.

Feb 11: Lindsay Lohan’s  leggings line, 6126, is being dropped by stores in the wake of continuing controversies surrounding the troubled actress.

Feb. 15: Olivier Theyskens returns to the runway with Theyskens’ Theory.

Feb. 15: Karl Lagerfeld takes his Gramercy Park apartment off the market, incensed that blogs have suggested that he was prepared to take a loss on the sale.

Feb. 23: Diane von Furstenberg, an industry advocate for health guidelines for models, one of which is not hiring models under the age of 16, finds out that she herself had unwittingly hired a 15-year-old model for her runway show.

Feb. 25: PPR chief François-Henri Pinault denies rumors that Stefano Pilati is getting the ax from YSL after a speculative tweet posted on a Kenzo p.r. account ignites a slew of articles and blog posts.

Feb. 28: The big question, fashionwise, is what Natalie Portman, who was originally expected to wear Dior, will wear to the Oscars after John Galliano’s anti-Semitic rant. She chooses Rodarte.

March 2: “You know that scene in ‘Fast Times at Ridgemont High’ where Phoebe Cates climbs out of the swimming pool and pops her bikini?  That’s our girl.” So says Kelly Cutrone, on her The Electric Love Army label in partnership with Chris Burch.

March 11: Matthew Williamson is named a guest designer for a special capsule collection at Macy’s.

March 24: One of Hollywood’s most glittering gems, Elizabeth Taylor, is remembered after
dying at age 79.

April 6: Balmain designer Christophe Decarnin is out after five years at the house. He was absent from Balmain’s rtw show in March, under doctor’s orders, after seeking treatment in Paris for depression.

April 28: Christian Dior stages a retrospective exhibit of its 64 years in Moscow at the Pushkin Museum.

April 29: At last — the big royal wedding day arrives and the world learns that Kate Middleton’s dress is designed by Sarah Burton for Alexander McQueen.

April 29: Designers share their thoughts on the big day with WWD. “I found the fitted lace bodice and the fairly large skirt, without tiers or technical draping, just right — a modern version of a tradition that will never be outdated,” said Vera Wang. “I would have preferred a closed neckline, however.”

MAY
May 2: The Met’s Costume Institute honors the late Alexander McQueen at the annual gala. The exhibition, “Alexander McQueen: Savage Beauty,” would open May 4 as the biggest opening day ever for the Institute, and the entire museum’s second biggest after 2005’s “Vincent van Gogh: The Drawings.” The exhibition becomes such a success that the museum keeps it open for an extra week. In total, the exhibit attracted 661,509 people, ranking it as the museum’s eighth most popular show ever.

May 4: Lanvin says it will roll out a children’s collection — one with a “superluxurious approach,” of course, according to executive vice president Thierry Andretta.

May 6: Patrick Robinson is ousted after four years as creative director of the Gap.

May 9: Karen Elson signs on to design a line of vintage-inspired handbags and shoes for Nine West.

May 12: Kate Winslet is named the fall 2011 face for St. John Knits, ushering in a new strategy for the company.

May 23: Queen Latifah adds home shopping diva to her résumé, hawking a line with HSN.

May 24: Rei Kawakubo visits New York for the first time in six years to fete her T-shirt collaboration with “The Simpsons” creator Matt Groening.

JUNE
June 1: In Paris, Dior unveils its first cruise collection in the post-Galliano era, created by the Dior design studio.

June 6: Prada files for its long-awaited IPO in Hong Kong. The filing includes financial details of Miuccia Prada and Patrizio Bertelli’s earnings for 2010, making them two of fashion’s highest-paid people. WWD names them “the $250 million couple.” A week later, the IPO values the firm at up to $15.8 billion.

June 9: Lady Gaga and Patti LaBelle perform for the CFDA’s annual awards celebration at the Top of the Standard in New York.

June 10: Tory Burch LLC scores a designer victory against online counterfeiters — to the tune of $164 million in damages — from hundreds of operators of Web sites selling fake Tory Burch Reva ballet flats and other footwear, handbags and accessories. While Burch has almost no chance of getting the money from the sites, the award is believed to be the largest sum of damages ever issued to a fashion firm in the ongoing battle against online counterfeiters.

June 22: Donatella Versace is the latest designer to link with H&M for a collaboration. The collection will launch in November and be based on heritage Versace designs, particularly the Miami print made famous by her late brother, Gianni.

June 24: Uniqlo and Jil Sander say they will end their +J collaboration.

July 5: For the launch party of her collaboration with British jeweler Shaun Leane — which resulted in a $1.8 million gold and diamond glove — Daphne Guinness lays in state at Jay Jopling’s Georgian town house. Tom Ford pecks her seemingly deceased cheek.

July 11: Victoria and David Beckham welcome a baby girl they name Harper Seven — and make the announcement via Twitter.

July 14: Sarah Jessica Parker leaves her post as president and chief creative officer at the storied but challenged Halston.

July 15: Mary-Kate and Ashley  Olsen launch their handbag collection  for The Row, including a gasp-worthy $39,000 alligator backpack, at  Barneys New York.

July 18: Gwen Stefani partners with Target for a Harajuku Mini collection for babies, children and tweens.

July 18: Kohl’s says that despite their split, Jennifer Lopez and Marc Anthony’s simultaneous collections for the retailer are still on.

July 25: No surprise here: Pamela Anderson unveils a collection of lingerie and stockings — and she’ll model for the merch.

July 27: Details of Alexander McQueen’s will are released, revealing he left hefty sums to his family and charities, as well as his dogs and housekeepers.

July 27: Express breaks the Guinness World Record for the most people to walk a catwalk, getting 1,243 individuals to traverse a 70-foot runway set up in Times Square before its holiday fashion show. The previous record was established by Galeries Lafayette in Paris in 2010, when 521 people walked a catwalk.

Aug. 1: After more than a year of negotiations, Jack McCollough and Lazaro Hernandez cut most of their ties with Valentino Fashion Group and find new backers for Proenza Schouler — a group of 20 investors led by Andrew Rosen and financier John Howard.

Aug 1: Gucci launches an app for the iPad and iPhone.

Aug. 4: Michael Kors confirms to WWD that he and longtime partner Lance LePere received their marriage license at the City Clerk’s Office in Manhattan.

Aug. 11: Monica Botkier files a cease and desist order against Sears pertaining to a Kardashian Kollection handbag that she contends is nearly identical to a bag of her own design.

Aug. 19: Oscar de la Renta reveals he will create his first fragrance in a decade, dubbed Live in Love.

Aug. 26: Zac Posen schedules his spring 2012 collection in New York after showing in Paris for the two prior seasons.

Sept. 10: The Olsens show a blockbuster all-white collection for The Row and, two days later, sign on as creative directors of Superga.

Sept. 12: Ronaldus Shamask returns to the runway with a show in New York.

Sept. 12: Valentino does karaoke at the Carine Roitfeld party at Barneys, singing “My Way.”

Sept. 14: Target’s Web site crashes under the weight of demand for the Missoni for Target collection. A month later, Jason Wu signs on as Target’s next Go International designer, with a launch slated for February.

Sept. 16: Another one bites the dust: Giles Deacon is out at Ungaro.

Sept. 23: Dolce & Gabbana pull the plug on the D&G line, folding it into the main collection.

Sept. 27: Comme Des Garçons launches a new fragrance that boasts notes of industrial glue and brown — not to be confused with clear — Scotch tape, during Paris Fashion Week.

Sept. 30: Benches break and put editors on their bums before the Balenciaga show starts.

Oct. 12: Following the McQueen blockbuster, the Costume Institute announces “Elsa Schiaparelli and Miuccia Prada: On Fashion” as the theme for its next exhibit.

Oct. 17: Coach says it will collaborate with the estate of Tony Duquette on a costume jewelry collection.

Oct. 19: Doo-Ri Chung is named the next talent for Macy’s guest designer series, launching in February.

Oct. 26: H&M teams up with costume designer Trish Summerville to create a capsule collection loosely inspired by Lisbeth Salander of “The Girl With the Dragon Tattoo.”

Oct. 28: Tory Burch inks a fragrance deal with the Estée Lauder Cos. Inc.

Nov. 1: Macy’s says it will renovate its Herald Square flagship to the tune of $400 million over four years.

Nov. 2: Model Coco Rocha teams up with Senhoa to develop a jewelry line with proceeds to aid Cambodian victims of human trafficking.

Nov. 3: Madonna reveals plans to launch a second lifestyle brand, Truth or Dare by Madonna, geared toward a customer that’s older than Material Girl, her junior label with daughter Lourdes.

Nov. 9: The much-anticipated Versace for H&M diffusion line is unveiled at a fashion-show-cum-dance-party at Pier 57 in Manhattan with performances by Prince and Nicki Minaj.

Nov. 11: Reports surface that talks between Marc Jacobs and Dior have come to a halt and that Alexander Wang, Raf Simons and Jason Wu are being eyed by the French house.

Nov. 17: Portions of Marc Jacobs’ spring 2012 sample collection are stolen on London’s Mount Street. Thieves take ready-to-wear and accessories from both the designer’s main line and Marc by Marc Jacobs.

Nov. 27: Five masked thieves make off with several hundred thousand euros worth of Louis Vuitton merchandise at the Roissy-Charles de Gaulle Airport after neutralizing a security guard and four employees at the freight terminal.

Nov. 29: Sarah Burton, creative director at Alexander McQueen, snags the Designer of the Year title at the 2011 British Fashion Awards.

Nov. 29: Actress Felicity Jones is new face of Dolce & Gabbana’s Khol Collection, a makeup and fragrance line to be released in January.

Nov. 30: Dior opens a Miami-based pop-up shop, a first for the design house. The store features a nail salon, a food truck, rotating DJs and merch from an artist collaboration with Anselm Reyle.

Dec. 2: Luis Vuitton opens a 13,000-square-foot store in Sydney, with Cate Blanchett on hand to christen the new space.

Dec. 9: Stella McCartney reveals she’ll launch a major fragrance, dubbed L.I.L.Y — for her father’s pet name for her mother, “Linda, I Love You,” in January.