The groundbreaking fashion photographer was one of the most influential photographers in the business. 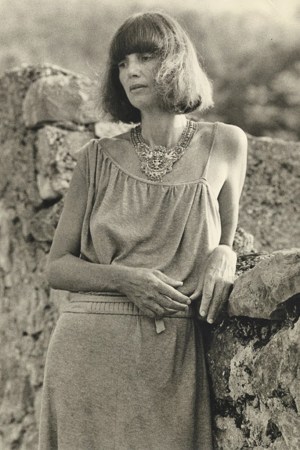 The cause of death was lung cancer, according to Turbeville’s agent Marek Milewicz, who said it was a short illness. “She was an extraordinary artist, friend and human being and I will miss her forever,” said Milewicz, who worked with Turbeville for 37 years. “She was my first photographer.”

Though she rarely shot supermodels and celebrities, Turbeville was one of the most influential fashion photographers in the business, producing provocative spreads for Mademoiselle, Harper’s Bazaar and American, French and Italian Vogue, as well as campaigns for Barneys New York and windows for Bloomingdale’s. She also published several photography books, including “Unseen Versailles” in 1981, for which she was enlisted by Jacqueline Onassis, then an editor at Doubleday. The book captured the unseen, deserted parts of Louis XIV’s gilded estate, and won Turbeville the 1982 American Book Award.

Turbeville’s moody, melancholy style, which has become a fashion industry standard, was considered radical when she began working in the Seventies. She was known to manipulate her film, deliberately overexposing it and scratching the negatives so the photographs conveyed a sense of decay. Favoring composition shots that emphasized landscape and setting often over the clothes, Turbeville became known as “the anti-Helmut Newton.”

“I find personalities, look for interesting faces and do pictures in locations suggestive of the rest of the work,” Turbeville told WWD in 2009. “I combine clothes, people and place to make a story….I like strange places.”

Incidentally, so influential was her work, she was the third prong — and the only woman and American — of the star fashion photographer triumvirate that included Newton and Guy Bourdin. One of Turbeville’s most famous and controversial shoots was the 1975 “Bath House” series for American Vogue, a swimwear spread done in a public New York City bathhouse, which depicted models in dazed, despairing states that drew comparisons to Auschwitz.

Turbeville was born in Massachusetts in 1932. She had aspirations of dancing or acting, but began her career in fashion as a fit model for designer Claire McCardell in New York, eventually becoming an editor at Harper’s Bazaar and Mademoiselle. Turbeville got into photography in the late Sixties and her only formal training was a six-month seminar taught by Richard Avedon and art director Marvin Israel. Her first published photographs were a from a shoot on European travel in Yugoslavia, shot out of focus with a long lens. “I learned what I had to when I needed it,” Turbeville told The New York Times in 1977. “Too much technical knowledge can hamper you.”

Turbeville split her time between New York and Mexico, where she had a longtime residence in San Miguel de Allende. Mexico and Saint Petersburg, Russia, also a favorite destination, were the subjects of two of her books, “Casa No Name” (2009) and “Studio St. Petersburg” (1997). Turbeville was actively working until fairly recently. She shot Valentino’s spring and fall 2012 ad campaigns, and published her last book, “Deborah Turbeville: The Fashion Pictures,” in 2011.