An article in The Wall Street Journal last week discussed Fashion GPS technology that will be in use during the New York collections at Lincoln Center. 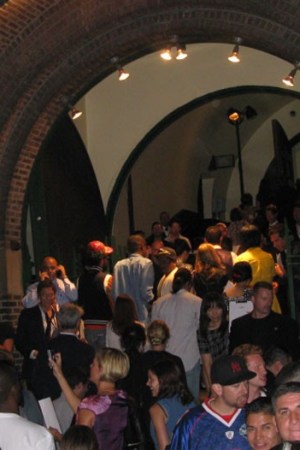 An article in The Wall Street Journal last week discussed in considerable detail the Fashion GPS technology that will be in widespread use during the New York collections at Lincoln Center. The system is a multifaceted, Web-based check-in program that includes Evites, techno kiosks and bar code scanning all integrated into a single system. Back in April, WWD wrote about Fashion GPS’ foray into the shows as well, in less detail.

It all sounds terrific, a logical step in the fashion industry’s ongoing embrace of existing, and the development of new, technologies to streamline complicated processes wherever possible.

In this case, sidling up to a kiosk to scan a bar code for one’s seat assignment sounds like a riff on the airport system. Given that ring of familiarity, the published details read as interesting but well below the marvel threshold, at least at this desk. There’s the possibility, too, that I remain too technologically ignorant to realize I should have been awed. Either way, I wouldn’t have thought about it again until perusing my first-day-of-shows Evite printouts.

Then came a phone call from KCD’s Rachna Shah, who offered an addendum to the Journal’s techno piece. Make that two addenda. On the news front, Rachna noted that KCD senior staffers, who will work the front of house at more than 20 New York shows and parties this season, will wield shiny iPads in place of paper-laden clipboards. These will feature an interactive seating-chart app, developed by Fashion GPS and exclusive to KCD through this season, with a touch screen that allows for easy scrolling from one seating section to another. With all users connected, as the front-of-house staff notes arrivals, those working inside will be informed instantly. A simpler check-in app that lists guests, their affiliations and seat assignments, is launching more broadly.

This isn’t the first time KCD and Fashion GPS have collaborated. As noted in the latter firm’s own press materials, founder and chief executive officer Eddie Mullon “developed Fashion GPS after being approached by KCD, a renowned fashion-lifestyle public relations firm, to develop a technology to manage their sample inventory.” According to Rachna, who was interviewed for and edited out of the WSJ piece, KCD was later instrumental in developing the front-of-house show technology. “What IMG has done,” she explained, “is embrace the GPS technology and given the tents the infrastructure, with equipment, staffing and Wi-Fi capabilities, so that front-of-house management can utilize all of the GPS functions. IMG has also provided funding so that all of the designers in the tents can use the software program, which is terrific.”

“For the fashion industry, it’s like going from the Stone Age to 2090,” IMG vice president Peter Levy told the Journal.

“I didn’t think we’d been doing such a bad job all these years,” Rachna told me.

Anyone who’s been through a collections season grasps instantly the extreme understatement of that thought. For those who haven’t, a little background: A network of highly skilled professionals whose roles are to produce, promote and run various aspects of the shows is an integral part of this industry. KCD has long set the gold standard for many aspects of this process, certainly when it comes to working a door — perhaps the most harried and exhausting drill of all. Despite her still young years, Rachna is the gold standard’s gold standard. Invoking her name at a badly handled door — and there are plenty — is like saying Kleenex when you mean tissue: “This place needs a Rachna.” (No deification of KCD nor its profession intended. In fact, during couture I had a small phone spat with Rachna’s boss, Ed Filipowski. I’m not sure if we’re still in the fight.)

The point is that, as in every profession, when it comes to making fashion shows happen, there are those who excel and those who don’t. IMG has done much to increase the profile of the shows and thus of American fashion. Unlike the great p.r. firms, it also promotes itself at least as much as it does the designers showing under its auspices. Fair enough. Fashion is nothing if not a capitalist system. But long before this coming season at Lincoln Center, KCD and a relatively small number of its stellar competitors — you know who you are — achieved near seamless entrée for the show-going throngs using the best available resources, which for years meant clipboard, pen and headset. It also meant careful attention to a client’s individual needs and image. It still does.

“There’s an important part of the conversation that hasn’t been covered yet,” Rachna noted. “Every designer and show are different, with different needs. No single system or technology can solve all of the issues. It’s important for front-of-house management to figure out solutions on a per designer basis.”

Take for example the whole e-ticket, kiosk, bar code check-in concept. Who can argue with a techno time-saver when appropriate (even if scanning 400 bar codes can’t possibly be faster than pre-seating)? Conversely, “imagine,” Rachna said, “if we sent out e-tickets for the Marc Jacobs show. Do you think some extra copies might get printed up and handed out to friends?”