The much-talked-about film "Factory Girl" made its New York entrance Monday night with about as much hullabaloo as its subject, Edie Sedgwick, would have made on her way into a nightclub. 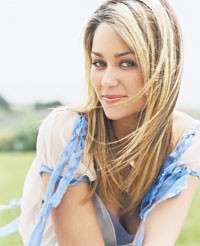 EDIE’S MOMENT: The much-talked-about film “Factory Girl” made its New York entrance Monday night with about as much hullabaloo as its subject, Edie Sedgwick, would have made on her way into a nightclub. After a screening at the Zeigfeld that drew the trifecta of Diddy, Damon Dash and Russell Simmons and art-world heavies Adam Lindemann and Amalia Dayan, the movie’s stars, Sienna Miller, Guy Pearce and Jimmy Fallon, took over the yet-unopened Star Lounge under the Chelsea Hotel. While waiters from the famed El Quijote restaurant circulated with hors d’oeuvres, Donna Karan hit the bar solo for some Champagne; Anna Wintour stopped by with her brood, Bee and Charlie Schaffer; Max Minghella nuzzled MisShape Leigh Lezark, and singer Vanessa Carlton chatted with actress Tarajia Morrell. Brushing off congratulations, her co-star, Jack Huston — who played Factory regular Gerard Malanga — demurred, “I didn’t do that much, really.” Meanwhile, Miller — who had changed from her white spangled vintage dress from What Goes Around Comes Around to a more Edie-ish ensemble of black tights and a fuzzy black sweater — happily received kudos from Harvey Weinstein and Georgina Chapman.

“As an aspiring fashion designer and talented young woman, Lauren is a perfect fit for our Mark brand,” said Claudia Poccia, global president of Mark. “We have a shared love of makeup, fashion and the expression of personal style, and so we are excited about the future together.”

As part of the one-year contract, Conrad will collaborate with Mark in beauty and fashion initiatives and will be featured in the brand’s “magalogue,” which reaches more than six million customers monthly and in the company’s online community. Future plans include the development of exclusive cobranded items that will be available through Mark representatives, the magalogue and online atmeetmark.com.

PAST, PRESENT AND OSCAR: The Academy of Motion Picture Arts and Sciences presented its “A Celebration of Oscar Fashion” runway show, conceived by producer Laura Ziskin and curated and narrated by André Leon Talley (whom Ziskin officially named Oscar preshow host, as reported by WWD earlier this month), Tuesday morning to a packed house of well-preserved Academy members, editors and behind-the-scenes fashion types. Recent hits such as Vera Wang‘s marigold gown for Michelle Williams and Julia Roberts‘ vintage Valentino mingled with iconic pieces like Arnold Scaasi‘s diaphanous pantsuit for Barbra Streisand and Carol Channing‘s 50-pound “headlight” dress. But the most audible oohs and aahs were reserved for the three Edith Head creations floating down the red runway: the lilac chiffon gown designed for Elizabeth Taylor in 1969, a bugle-beaded gold column made for Janet Leigh in 1959 and a raffia embroidered gown Head designed for herself when she was nominated for her work in “The Buccaneer” in 1958. Vanessa Getty, an avid vintage fan sitting front and center, lit up when she saw Leigh’s dress, as did the Armani team, who noticed the gown’s resemblance to their newest creation worn by Cate Blanchett to the SAG Awards Sunday. That said, expect even more looking back from designers dreaming up their latest Oscar-bound creations.

NIGHT OUT: So what exactly was Donna Karan up to when she was spotted checking out the topless dancers at West Side nightclub Scores the other day? She wasn’t seeking inspiration for next Friday’s runway show, for one. The designer was having a girls’ night with daughter Gaby and a couple of friends, and on her way to Bungalow 8 decided to pop into nearby Scores. Karan left the haunt with just one complaint about the dancers. “I wish they were men,” she quipped.

HELENA’S FASHION FIX: Helena Christensen celebrated the launch of her clothing line, Christensen & Sigersen, Monday night in London — with a little help from Net-a-porter. Natalie Massenet, founder of the online fashion retailer, threw a dinner at Tom’s Kitchen in Chelsea in honor of the model-turned-designer and her partner in the business, Leif Sigersen, whose debut collection will go on sale on the site in March. “I liked the idea of launching somewhere that’s niche but also so big,” said Christensen of the reach of online fashion. She was wearing a jeweled top and simple black pants from her range, fresh from production. “The thought that a woman in Papua New Guinea could be wearing a pair of our pants is amazing.”

The spring collection includes delicate lace bolero jackets, layered silk dresses and cotton tops, and prices range from about $140 for a cotton shirt to about $530 for a silk dress. “The collection is inspired by anything — a film, art, a girl we’ve seen walking down the street,” said Sigersen, a longtime friend of Christensen’s who is also her partner in the duo’s eclectic West Village store, Butik, out of which the idea for the collection grew. “We have exactly the same taste, and we never argue.” Christensen was joined by London pals Chris Martin of Coldplay, Tom Parker Bowles and Sara Buys, who dined on butternut squash soup and sea bass, before a pudding of poire belle-hélène was served in the model’s honor. Alongside Net-a-porter, the line also will be sold at Butik and selected boutiques in Denmark.

LOUBOUTIN, TAKE ONE: Could Christian Louboutin be gearing up to follow the Beckhams to Hollywood? The Paris-based shoe designer, who attended Boudicca’s debut couture show last week, divulged he’s penning his first film script. “All I can say is it’s going to star an all-Chinese cast,” said Louboutin of the flick, which will take place in the south of France.

CHECK IT OUT: Milan’s luxury hotel market is about to get even more crowded. Word has it that both W and St. Regis are preparing to open branches in the Italian fashion capital. A spokeswoman for Starwood Hotels & Resorts, which owns both hotel trademarks, declined to comment on expansion plans. A W hotel is slated to open next year in the Brera neighborhood, but prospective guests will have to wait until 2009 to check into the St. Regis near the Bulgari Hotel, according to a real estate source. Last month, the uberexclusive Town House Galleria opened above the historic Prada store in the Galleria Vittorio Emanuele. It is waiting for official seven-star accreditation.