Fashion Scoops: How Liberating … Call Her Commander … From Paris To Milan 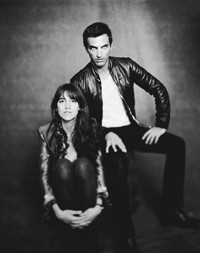 HOW LIBERATING: Paris’ left-leaning tabloid, Liberation, gave Nicolas Ghesquière carte blanche for an eight-page supplement slated to appear in today’s newspaper. Naturally, he used the opportunity to plug the Balenciaga retrospective at the Museum of Fashion and Textiles opening to the public on Wednesday. The designer tapped Paolo Roversi to shoot a gaggle of women who inspire him, including Charlotte Gainsbourg, Françoise Hardy, Joana Preiss and Irina Lazareanu. Also featured are Pamela Golbin, curator of the retrospective, and artist Dominique Gonzales-Foerster, who helped design the exhibition. Turns out the issue will be collectible: It’s also dedicated to ousted co-founder Serge July.

CALL HER COMMANDER: She came, she saw, she revived a British icon. Rose Marie Bravo, outgoing chief executive of Burberry, has been officially recognized for her services to the British fashion and retailing industry with a royal honor. She leaves her post at Burberry this week an honorary Commander of The Most Excellent Order of the British Empire (CBE). Queen Elizabeth II personally conferred the honor on her during a private ceremony at Buckingham Palace last week. Prince Charles, who has taken part in many a Burberry-sponsored charity polo match, presented her with the badge, a blue-and-gold cross on a red ribbon. “I am deeply honored to receive this award as a treasured remembrance of my glorious time spent in England,” Bravo said. She joins fellow CBEs Elton John, England’s late Poet Laureate John Betjeman, Anthony Minghella and Michael Caine.

FROM PARIS TO MILAN: The Los Angeles paparazzi may barely bat an eye when they see Paris Hilton, but the heiress sent Milan’s shutterbugs into a frenzy Wednesday night when she arrived at the Just Cavalli Café for a party to fete her debut CD. Clad in a leopard-print gown and clutching her Blackberry (of course), she emerged from a white limo at about midnight to an eclectic crowd of locals, music industry people and a handful of male models in town for the shows. Distributor Warner Music decided to throw Hilton a bash chez Cavalli since the budding vocalist is friends with the designer. “I’m just very inspired by Madonna and Gwen Stefani and Blondie and I really look up to them as artists, but I don’t really compare my album to anybody’s,” said Hilton, before jetting off to the next stop on her European promotional tour and her namesake town: Paris. The self-titled album is due out in August and includes a cover of Rod Stewart‘s “Do Ya Think I’m Sexy” and her already-released reggae single, “Stars Are Blind.”

Although most of the world is probably questioning Hilton’s ability to carry a tune, she won over at least one fan: Roberto Cavalli himself. “Before judging, I had my kids and my friends listen to it and they think it’s good. That’s the important thing, that they like it,” he said.

Hilton, meanwhile, is prepping for a busy fall — she’s adding eyewear to her stable of branded products including accessories, clothing and fragrances. She’s also filming a romantic comedy called “The Haughty and Naughty,” gearing up for the fifth season of “The Simple Life” and planning a second album of more “personal” songs. “My plate is really full right now,” she quipped.