Fashion Scoops: Menichetti Matters…Girl With The Diamond Necklace…Order Of The Day

MENICHETTI MATTERS: Not only is Roberto Menichetti preparing to launch his own collection for fall, he’s planning to launch it in New York. The Italian designer, formerly of Cerruti, Burberry Prorsum and Jil Sander, is expected to... 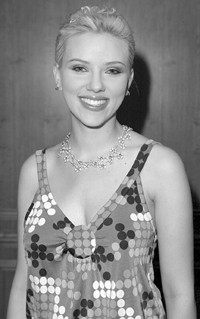 MENICHETTI MATTERS: Not only is Roberto Menichetti preparing to launch his own collection for fall, he’s planning to launch it in New York. The Italian designer, formerly of Cerruti, Burberry Prorsum and Jil Sander, is expected to book a slot during the collections, scheduled Feb. 6-13.

GIRL WITH THE DIAMOND NECKLACE: Pearls might have helped give It actress Scarlett Johansson a nod from the Golden Globes — and plenty of Oscar buzz — but it was diamonds that kept her enwrapped Thursday afternoon during the two hours she spent at a champagne tea co-hosted by DeBeers consultant Joan Parker at the Beverly Regent Hotel. She walked out wearing a sparkling necklace from the Wild Flowers collection to wear to Sunday’s Palm Springs Film Festival. In what could be considered the first suite of the awards season, starlets — including Globes nominee Maria Bello — and stylists filed in to admire and sample DeBeers’ Red Carpet Collection. “You wouldn’t believe the competition already,” said Parker regarding the race to dress award-bound celebs. Guests walked out with a red Le Sportsac filled with a cashmere Juicy Couture track suit, DVDs, an Evian terry robe and a one-year pass to Crunch Gym.

ORDER OF THE DAY: At a cozy presentation of YSL’s spring collection at the Rodeo Drive boutique Wednesday, Rita Wilson nearly developed writer’s cramp as she scribbled notes next to just about every entry. “I have to have every piece,” she repeated to pals Elizabeth Wiatt and Laurie David through the 15-minute presentation, featuring models wigged in the frizziest of long tresses. Jacqui Getty didn’t hold back, ordering the tux. “I was crazy for that suit,” she said at the second showing. While the two-day trunk show did sell off one of the $13,000 beaded satin tuxedo jackets, it was, however, the leather goods that really moved. A black nappa, double-breasted jacket, priced at $3,990, and a cream leather, sash jacket at $3,620 sold particularly well, said a spokeswoman, who declined to give total numbers on the units or overall sales. The 90210 presentation follows a charity event last month at the San Francisco door, where host Vanessa Getty and chums Summer Walker, Tatiana Sorokko, Shannon Bavarro, Cecilia de Quesada, singer Vanessa Carlton and others only had eyes for YSL’s strappy new spring and summer sandals.