Coty Inc. on Monday quashed reports it's planning to replace Kate Moss as spokeswoman for its Rimmel London cosmetics brand with a younger model. 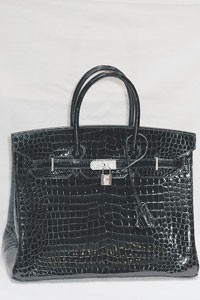 NO MOVE FOR MOSS: Coty Inc. on Monday quashed reports it’s planning to replace Kate Moss as spokeswoman for its Rimmel London cosmetics brand with a younger model. An article in a British tabloid last weekend claimed Rimmel has been holding castings to find a replacement for the 33-year-old model. “Kate Moss delivers a distinctive type of beauty that is both inspirational and attainable to Rimmel users,” said Stephen Mormoris, senior vice president, global marketing, Coty Beauty, in a statement. “She is a terrific model for the mainstream cosmetic line [Rimmel London] and she will continue to represent the brand.” While singing Moss’ praises for her work on the main brand, the company did note, however, that it will introduce a sister brand, Rimmel Underground, an edgy cosmetics line aimed at attracting a younger customer, in February.

HELPING OUT: When is a T-shirt more than a T-shirt? When six young designers create one-of-a-kind Splendid T-shirts to benefit six charities. Glamour profiled Jenni Kayne, Rachel Roy, Sari Gueron, Thread Social, Rodarte and Vena Cava in its March issue and asked the young stars to create T-shirts to benefit organizations of their choice, including Free Arts NYC and Children’s Hope India. “The story grew out of all these young women designers who our young editors are obsessed with. But when we started talking to them, a lot are involved in things beyond design. They’re socially aware and care about things beyond the runway,” said editor in chief Cindi Leive. A limited-edition run of 1,500 shirts will be available Friday for $68 on Shopbop.com; 30 percent of the proceeds will go to the charities. Glamour will celebrate the designers and their wares at a party Thursday at Milk Studio, which is expected to draw guests such as Jaime King, Mia Maestro, Liz Goldwyn and Anna Paquin.

This story first appeared in the January 30, 2007 issue of WWD. Subscribe Today.

OPRAH’S WEDDING RECEPTION: The bridal designer Amsale has been tapped for an on-air tête-à-tête with Oprah Winfrey for living the American dream and becoming a millionaire in the process. The talk show host will hear firsthand how Amsale was unable to return to her native Ethiopia once the revolution broke out and worked to pay her own way through school. Winfrey will also get the play-by-play of how Amsale later started designing customized gowns in her apartment, since she could not find a suitable one for her wedding. The designer will discuss the challenges of juggling work, marriage and motherhood. There will also be the requisite inspiration and perseverance pep talk for viewers. The interview, which is scheduled to run Friday, will be capped off with a fashion show, including a gown worn by Katherine Heigl last season on “Grey’s Anatomy.”

BELLE DU JOUR: After so many jaunts to Europe to shop for her favorite brands, now Katie Holmes can do some serious accessory shopping Stateside. On Feb. 8 and 9, Roger Vivier — one of Holmes’ favored brands — will unveil its first U.S. boutique at 750 Madison Avenue in Manhattan, to a select few VIPs. The brand’s creative director Bruno Frisoni and brand ambassador Ines de la Fressange will be on hand to give tours of the historic, three-story town house, which will be filled with paintings, antiques and custom-made fixtures in addition to the firm’s luxe bags, shoes, sunglasses and jewelry galore. The store opens to the public on Feb 10.

BAGGING RIGHTS: New York Fashion Week is the time of year where everyone unveils their “It” bags of the season, and if you’re in with the team at Hermès, you might be able to snag what is arguably the most extraordinary one. Late last month the company’s Madison Avenue flagship received a shipment of two of its prized 35-cm. crocodile Birkin bags with pavé diamond hardware. Only 12 of the $148,000 bags have ever been produced — the company will take orders for custom pieces, although that could take months or longer — but alas, there’s a waiting list. “What we’re sensing is that people want some very special, exclusive types of unique product,” said Robert Chavez, president and chief executive officer of Hermès USA. “For us the diamond Birkin was an opportunity to marry the métiers of Hermès, with the craftsmanship of leather and fine jewelry. We’re always looking to push the envelope.”

ALBA’S FOOT FETISH: Sexy starlets and shoes equaled a packed house at Los Angeles boutique Iconology last Wednesday, where Rickard Shah unveiled a limited-edition peep-toe named after actress Jessica Alba, who towered above onlookers in the nearly 5-inch gunmetal leather heels. Among those in the crowd were Eva Longoria, Milla Jovovich (wearing a dress from her Jovovich-Hawk line for MNG) and Kate Mara. Fingering the $625 Jessica heels, one woman dared to utter what many were thinking: “Those would kill me.” Even Alba, in a black Lanvin dress and matching Shah clutch, confessed she prefers flats for everyday wear, especially Alaïa, Dolce & Gabbana, Jimmy Choo and Prada. For a red-carpet march, though, she sports Shah stilettos, often with a dash of color: green, purple or silver spice up a black dress. Ever a practical girl, Alba added, “I have Dr. Scholl’s in all of my heels. They make the difference.”

REISS’ PIECE: British contemporary brand Reiss will open a 12,000-square-foot boutique on Los Angeles’ Robertson Boulevard this spring, said company founder and owner David Reiss, who was in town last week to oversee the start of construction on the two-level unit. “We want this to be the hottest store in L.A.,” he said. “We have the best location and the best product.” It will be the fourth U.S. location for the company, which has opened three boutiques in New York since early 2005. Reiss said the company is currently in negotiations to open stores in Miami, Palo Alto, Calif., and Short Hills, N.J., as well. He said he’s confident the brand will hit it big with fashion-forward consumers weary of shelling out top dollar for designer labels. “Over the next year, we’re going to be one of the hottest brands in the U.S.,” Reiss said. “We’re here to make a statement.”

COLOR ME HD: It’s Winona Ryder like you’ve never seen her before: buried up to her delicate neck in a mountain of soil. Ryder’s porcelain skin is accentuated by ruby lips and deep brown eyes that stare vacantly from beneath a hat fashioned from fresh flowers. A golden handgun, a toothbrush and a red bright handbag are props in the sand. The image, one of a series of high-definition video portraits by Robert Wilson, was commissioned by Voom HD Networks to illustrate HD TV’s vivid colors. Voom produces “Full Frontal Fashion” on its Ultra HD channel and will air coverage of Mercedes-Benz Fashion Week. Wilson, whose portraits drew inspiration from theater, fashion and film, cast Ryder as Winnie, the indomitable central character in Samuel Beckett’s play “Happy Days.” Other video portraits in the series include Johnny Depp, Monaco’s Princess Caroline of Hanover, Juliette Binoche, Isabelle Huppert, Isabella Rossellini, Jeanne Moreau and Dita Von Teese. The Ryder portrait and a series of 12 snow owls by Wilson are on view at the Paula Cooper Gallery through Feb. 15. An exhibition of Wilson’s video portraits will open at the ACE Gallery in Los Angeles on Feb. 23.

BROADWAY OR RUNWAY: Jonathan Groff and John Gallagher Jr., stars of Broadway’s “Spring Awakening,” are making the artistic leap from The Great White Way to the Jill Stuart runway. Their appearance comes as the designer will show her men’s line, Curtis Stuart, on the runway at the New York Public Library for the second season.