Tara Jarmon knows how to collaborate. After teaming up with Target for its Go International program, the French designer tapped German painter Peter Zimmerman to design a limited collection that will be unveiled at the Emmanuel Perrotin Gallery in... 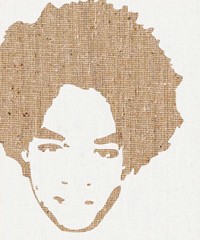 POWER OF TWO: Tara Jarmon knows how to collaborate. After teaming up with Target for its Go International program, the French designer tapped German painter Peter Zimmerman to design a limited collection that will be unveiled at the Emmanuel Perrotin Gallery in Paris on Thursday. The collection consists of six Jarmon dresses with colorful prints taken from works by Zimmerman. The line, which ranges from between 200 euros, or about $275, and 400 euros, or about $550, will be available in Tara Jarmon stores in Paris. Meanwhile, French fast-fashion chain Etam has teamed up with designer Lolita Lempicka. The women’s fashion and accessories collaboration collection will be unveiled today at the Crillon Hotel in Paris.

PLAY TIME: Jane Birkin has taken a tragic turn. Having just wrapped up directing her first movie, “Boxes,” based on a self-penned script inspired by her own family, the Franglais actress-cum-warbler has taken on the main role of Sophocles’ Electra. The play, directed by Philippe Calvario, is touring France and Switzerland through March 29.

REGAL LEGAL: Fashion designers and executives aren’t the only ones getting awards of merit in France. New York attorney Alain Coblence, who has been a legal consultant to the Council of Fashion Designers of America, the Fédération Française de la Couture and the Camera Nazionale, has been named a Chevalier of the Legion of Honor, according to a statement released by the Chambre Syndicale on Monday. Coblence was commended for his role in protecting sketches and designs of French fashion brands over the years.

PATRICK’S NEXT TARGET: Target is all set for its next designer collaboration, with Patrick Robinson. The mass retailer has sent out invitations for the press launch of Robinson’s collection for Go International at Target. The event will take place Jan. 17, from 5 to 7 p.m., at the Target Studio NYC, at 500 Seventh Avenue. The Paco Rabanne designer follows in the footsteps of fellow New Yorkers like Behnaz Sarafpour and Proenza Schouler, who have already created lines for the Go initiative. Details of Robinson’s collection could not be learned — Target is notoriously tight-lipped about its activities — but it is widely expected to hit stores during the summer season.