SOCCER BUFFS: With the Olympics and the European Soccer championships both slated for this summer, Italian designers are having a sport moment. Giorgio Armani and Dolce & Gabbana launched books this week dedicated to the athlete in... 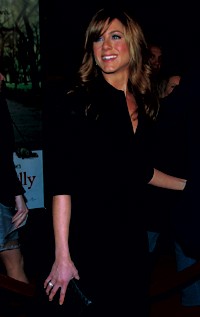 SOCCER BUFFS: With the Olympics and the European Soccer championships both slated for this summer, Italian designers are having a sport moment. Giorgio Armani and Dolce & Gabbana launched books this week dedicated to the athlete in all his and her forms.

Domenico Dolce and Stefano Gabbana focused on Italy’s national pastime with “Calcio,” which means soccer. Shot by Mariano Vivanco, the book depicts iconic soccer players, all of whom play for Italian teams, on the field, at home and in the doctor’s office. “More so than musicians, more so than actors, these guys are really the modern icons for men,” said Gabbana. All proceeds from the book will go toward local charities selected by several of the featured soccer teams.

Meanwhile, Armani held an opening at the Armani/Arte gallery at his Armani/Via Manzoni store in Milan on Sunday night to celebrate the launch of his new book, “Faces of Sport.” Divided into three categories, the book features intimate portraits, shot specifically for the book, as well as sports photography. “The truth is, I love sports and have had contact with teams and athletes for years,” Armani said. “It’s a very personal side of who I am.” The designer, in a continuation of his collaboration with the Special Olympics, put the book together late last year and will donate all proceeds to the Special Olympics. Both Olympic gold medallist Carl Lewis and Special Olympics founder Eunice Kennedy Shriver are expected to attend Armani’s men’s fall 2004 show Thursday in Milan.

POLLY FOLLY: Jennifer Aniston turned heads, but didn’t raise any eyebrows among fashionistas, at Monday night’s Grauman’s Chinese premiere of “Along Came Polly” in Hollywood. Of her simple black New Look-inspired Jil Sander frock, she shrugged, “I just picked it from my own closet. It’s simple, but something moved me.” As for her bohemian title character, Aniston confirmed, “I don’t take as many risks as Polly, I’m more controlled.” Shocker. Even though Ben Stiller winds up with Aniston’s character, a Michael Kors-clad pregnant Debra Messing insisted, “I actually think my character was the perfect match for Ben, but you know, it’s up to him.”

This story first appeared in the January 14, 2004 issue of WWD. Subscribe Today.