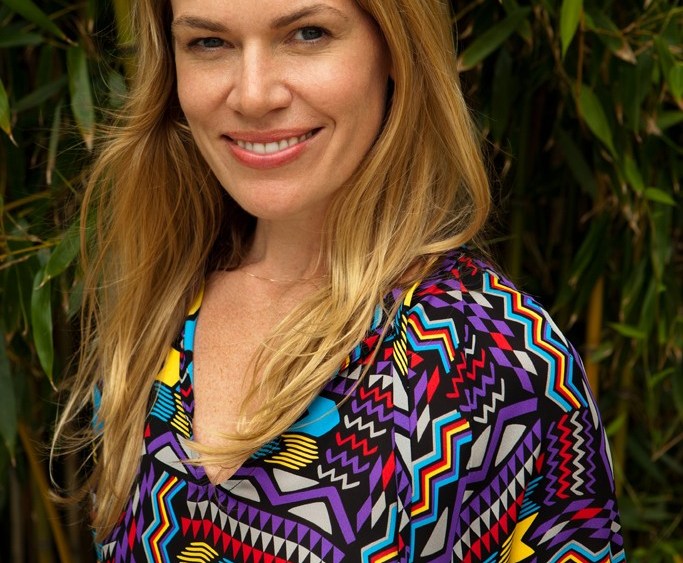 As stylish creative director of André Balazs Properties, Claire Darrow Mosier is responsible for the interior decor, marketing and branding of Balazs’ hotels, which include The Standard franchise, Chateau Marmont and The Mercer. Over the past four seasons, she’s also taken on the role of buyer for the shop at Balazs’ small Sunset Beach hotel in Shelter Island, New York.

The 400-square-foot boutique presents a unique challenge. It’s a hotel store located on a tiny island between Long Island’s North and South Fork, known primarily as a summer vacation destination — which means the selling season is short. Yet the store has been a success, stocking hard-to-find beachy clothes and accessories. Last month, it launched e-commerce (sunsetbeachboutique.com) so customers can get the Sunset Beach treatment year round. WWD spoke with Darrow Mosier about the art of seasonal resort retail.

WWD: Sunset Beach boutique has been open four seasons. Tell me about the store’s concept.
Claire Darrow Mosier: It’s really a beach store — a little bit of fashion, a lot of accessories, just things that people need when they’re out there. It’s a bit of an amusement for the hotel and the restaurant, but it’s also convenient for people getting off boats, coming to dinner, needing to feel a little bit more dressed up or a little more dressed down for the beach. We try to have anything that people walking in are looking for. What’s challenging about that is the store is only open about 100 days of the year, 14 weeks. It’s also kind of in-between summer and fall because summer usually ships in February. We have to try to find things that people won’t find in the city, things that will still look fresh.

WWD: Shelter Island is a very small and specific place.
Darrow Mosier: It is. What’s kind of cool about it is there’s not much else to do on Shelter Island. There’s definitely not any shopping. It’s a destination — it takes awhile to get to from the Hamptons or the city. So when people are here, it’s a combination of having things that are convenient but also things that people get excited about. And at the end of the day, a positive brand extension.

WWD: Did you launch e-commerce to extend the selling season?
Darrow Mosier: It’s two-fold. Part of it is now that we make so much Sunset Beach-branded merchandise, people have a lot of memorable things happen for them at Sunset Beach. People get engaged, there’s big birthday celebrations, people have one big blowout dinner with 14 of their friends there every summer — it’s a tradition. We were getting lots of calls. For example, every year we would make this soccer jersey for our hotel team. We started to sell them in the shop, and there are some people who buy the new one every single spring for their husbands. People were just requesting things as souvenirs, or to send to friends in other countries. So we thought, ‘Make it easy, let’s put it online for everybody.’ And then the other things that aren’t Sunset Beach-branded, we have the e-commerce shop to give a flavor of not only what you’ll find in the store when you get here, but what the Sunset Beach lifestyle is about.

WWD: Was that your first experience with retail?
Darrow Mosier: It was. The first time we opened a retail store was when we opened our two hotels in Miami — The Raleigh, which we don’t have anymore, and The Standard Miami. We felt like it was a texture that was missing from the hotel. We wanted to reinforce our concept and thoughts about resort, and retail seemed like a great way to do that. I didn’t have any retail experience, so I hired a buyer to help me the first year. Then I realized that it was really difficult to have someone else buy for your store, not be involved, and then you have to sell what they bought. Then I decided to take it on myself.

WWD: Was there a learning curve?
Darrow Mosier: When you buy, you not only have to be as confident as you can be in your taste and your point of view, but make sure that what you love is what your customers are going to want to buy. It’s not always just what you like, it’s anticipating what other people will like. With Sunset Beach, the customer changes every year, so you have to guess what they want. And it works on such a fast-pace — it’s only 14 weeks. We go through the sales reports every Monday and see what sold really well over that weekend and then react to it that week, and try to buy immediates or change the buy by the following weekend, repopulate the store with things that are going to be on-trend for that week. I go a little bit light on inventory at the beginning of the summer so that I can be really flexible and dynamic throughout the season and sell everything by the time it closes.

WWD: Is retail something the Balazs group is looking to expand in its properties?
Darrow Mosier: We probably will never open another hotel again that doesn’t have a retail element because it’s been so successful for us. Our guests really appreciate it. It’s just convenient, easy, fun. For me, as creative director of the company, I have a lot of fun designing all the elements and styling the hotels, but there’s all this stuff out there that I can’t include in interior design. It’s nice to be able to show people what else we find interesting and inspiring.

WWD: What are some of the big sellers so far this season?
Darrow Mosier:  Kids has been really popular this year. We’re also selling more accessories than ever before. I went to a kids trade show for the first time this year and found amazing kids’ jewelry. We bought a lot of it, and women are buying it for themselves. Another great thing we have is J. Mills — it’s this sailmaker that’s been around since the 1800s — we asked them if they’d make some custom bags. We spent the last six months really finessing some designs, and those have been a huge hit.