The 25-year-old athlete has launched a fashion side project devoted to creating various looks from all of her Team USA merch. 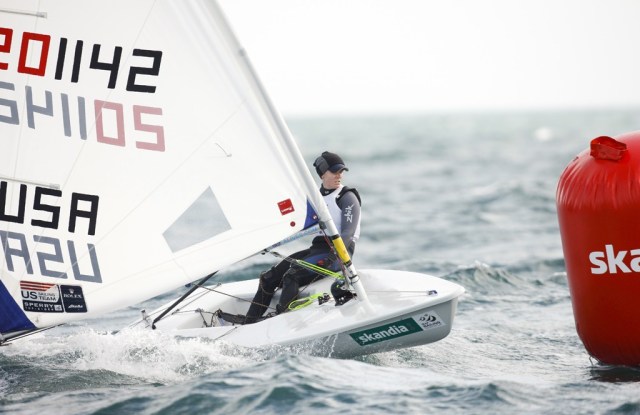 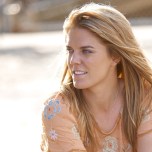 As Paige Railey preps for her first Olympics, she’s also working on another skill set: stylist. The 25-year-old sailor — she competes in the Laser Radial class, i.e. a one-person dinghy — has launched a fashion side project devoted to creating various looks from all of her Team USA merch. “It’s been a huge poll on my Facebook page to see how many outfits I can put together,” says the Clearwater, Fla. native, who, at press time, had posted 16 different outfits comprised of pieces by Ralph Lauren and Nike mixed in with her own. (Atlantis Weather Gear is the U.S. Sailing Team’s official sponsor, but Olympic contracts restrict athletes from speaking about those brands.)

Just days before her first Olympic race, Railey talked fashion on and off the water, and what she’ll do if she wins gold.

WWD: How old were you when you started sailing?
Paige Railey: I was eight. It was a learn-to sail-program that the family dentist recommended to us. My twin sister, brother and I all fell in love with the sport instantly. We have been water babies since birth so sailing just came naturally.

WWD: Your brother Zach is also a professional sailor and won a silver medal at the 2008 Olympics. Has he given you any advice?
Railey: He told me what to expect with the media, pressure, schedule and athletes. This is a different event compared to all of the others so it’s nice to have someone teach me the downsides so I don’t have to discover them for myself.

WWD: What’s your Olympic uniform look like?
Railey: I’m trying to go with an edgy, serious look; I don’t want to make it look like I’m girly and easy. Nike gave us some really cool jackets that are mean-looking. I’m definitely wearing those. On the water, I’ll wear typical sailing gear. Depending on my position in the results, I might change up my zinc oxide color and maybe wear some customized Oakleys [her sponsor].

WWD: What features are crucial to your sailing clothes?
Railey: The stuff that is really important is mobility, warmth and support to my body. For example, hiking pants prevent bruising, promote blood flow and clear lactic acid. They have a hard backing on them that keeps the hamstring muscles from bruising and keeps the ligaments straighter to increase blood flow.

WWD: What about your shoes?
Railey: On the water, I will be wearing my Sea Hiker 3X sailing boots from Sperry Top-Sider [the team’s official footwear sponsor] that help keep my feet warm. On land I will wear gold sparkly shoes. I’m channeling my inner Michael Johnson and representing the place I wish to finish.

WWD: What do you like to wear when you’re not competing or training?
Railey: You’d normally find me in a dress and heels. I think it’s really important to look like a female. I’m a professional athlete, but I like to look good.

WWD: Do you have any good-luck charms?
Railey: The only thing I will wear is my Buddha charm necklace. If I get tense, he’s there stabbing me, reminding me of Buddhism, what I’ve learned, my practice and focusing.

WWD: Walk us through a typical training day.
Railey: They can be up to seven and a half hours of physical a day. That can range from three to four hours sailing, and an hour to two of cardio, then one to two hours of weight training. It depends on what I’m focusing on. In Spain [at the Princess Sofia Trophy Regatta], I’d wake up and do an hour of cardio or weights, then go sailing for three to four-and-a-half hours, and then come in and do a two-hour lift or two hours on the bike.

WWD: Do you have any down-time plans while in London?
Railey: I’m looking forward to enjoying the Olympic Village with my brother Zach. I’ll also hang out at the Team USA and Oakley houses. I want to see gymnastics and triathlon. Cycling, too. Ever since I was little I loved to see gymnastics, but as I get older it’s more triathlon and cycling.

WWD: What’s the first thing you’ll do if you win the gold?
Railey: I’ll scream as I cross the finish line, give a big hoopla, and then sail immediately to my coach, Luther Carpenter, because none of this would be possible without him.