New York Fashion Week has reached peak influencer presence in the pandemic era, culminating in a Met Gala made for the masses.

Social media stars ruled the front rows of fashion week, which returned to New York on Sept. 8 despite a raging COVID-19 Delta variant. Influencer presence at fashion week was a precursor of the Met Gala, which this year hosted a record number of TikTok, YouTube and Instagram stars.

Fashion’s most exclusive event has made small advances in embracing social media over the past few years. In 2019, it hosted four influencers, whose attendance prompted backlash from social media users questioning whether content creators should be received by fashion’s highest echelons. Those same questions were revived again this year, when the Met Gala invited nearly double the amount of content creators.

People may scrutinize influencer attendance at the historically elitist event, but the fact remains: Influencers, and the platforms they share content on, are here to stay. Instagram was the official 2021 sponsor, YouTube bought a table, and though TikTok did not financially participate, a few of its top creators were there, too. 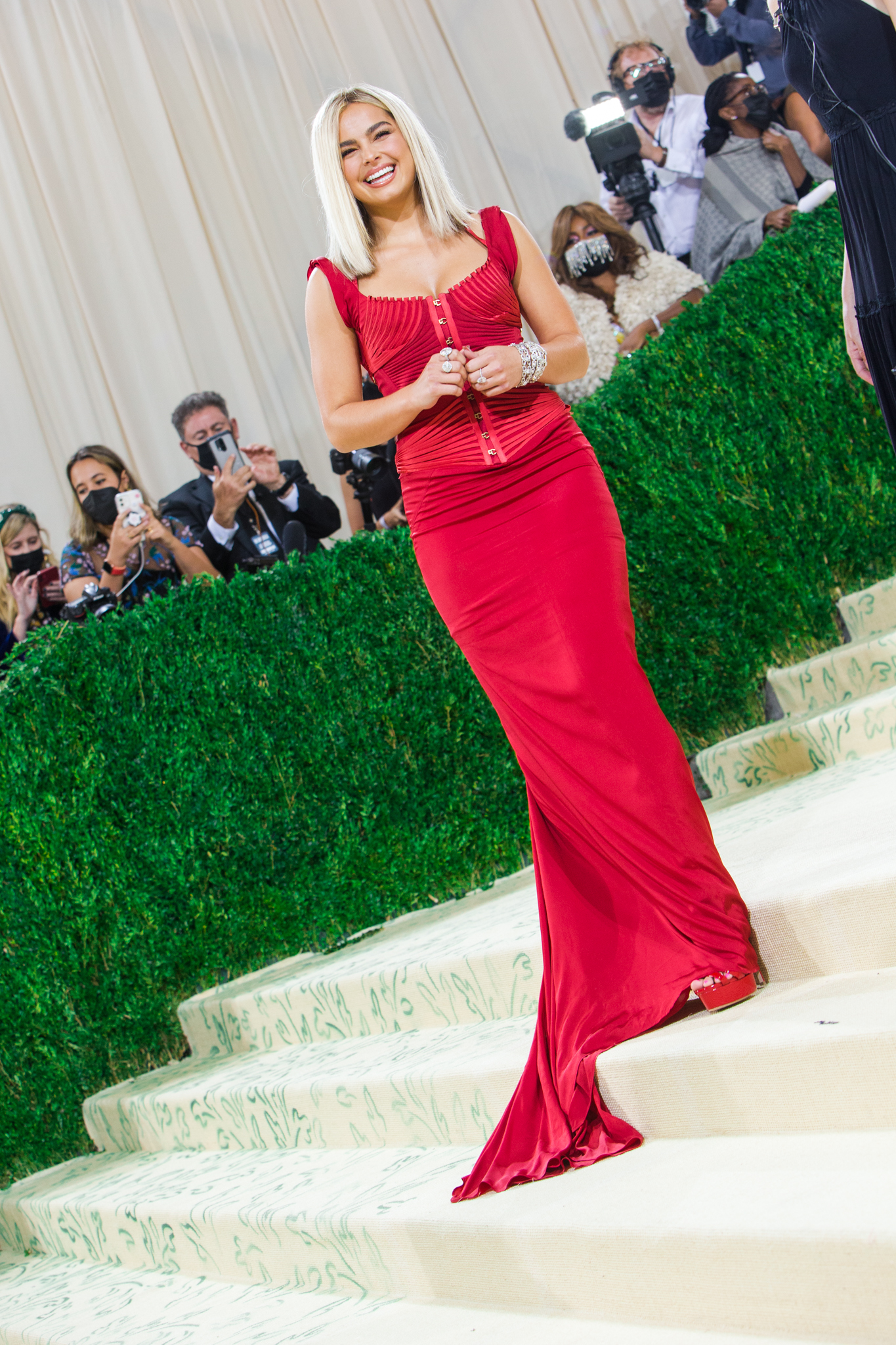 “The definition and the boundaries of fashion have changed so much in the last few years,” said Eva Chen, vice president of fashion and shopping at Instagram. “Fashion has been redefined, democratized, open, everyone’s entitled to their opinion. The ethos of this exhibit, [‘In America: A Lexicon of Fashion’], is about having emerging designers with established designers. It was about having new voices and established voices. I think that reflects the spirit of why creators are to be a part of this as well.”

As the official sponsor, Instagram organized a number of activations meant to engage an audience beyond the fashion industry set. It hosted a watch party, named an official “meme-correspondent,” tested its new affiliate tool by making beauty looks shoppable on its platform, and released product collections available to shop exclusively on @themetstore account.

In partnership with Vogue, YouTube curated a shelf (its shopping tool), and at its table, hosted Jackie Aina, Nikkie de Jager, Eugene Lee Yang, Addison Rae and Emma Chamberlain. Launchmetrics reported on Sept. 17 that Chamberlain garnered $15.9 million in media impact value with a single post about the Met Gala.

Derek Blasberg, YouTube’s head of fashion and beauty, said the platform strategically chose its guests based off of their social impact throughout the pandemic.

“We always look for people in the style-adjacent space,” Blasberg said, noting that YouTube had a “conversation with Vogue about who we see having some traction” within fashion before deciding whom to invite.

“In quarantine, we saw new personalities appear in pop culture that transcended the way you used to see celebrities come up,” Blasberg said. “The democratization of style and voices in the style space is ultimately a good thing.”

A source associated with the Met Gala said this year’s event “honored and celebrated both iconic and emerging American designers, and the return of NYFW and the city.”

“The list, which changes each year in accordance with the gala’s theme, reflected just that: New York’s food, theater, arts and fashion communities were represented, as well as many young creatives whose work has greatIy influenced American fashion and culture, so of course, this now includes digitaI content creators,” the source said.

Creators proved during COVID-19 that they are crucial to fashion and beauty businesses’ bottom lines. When brick-and-mortar stores were forced to close, brands turned to influencers to create engaging content and drive online sales.

The front rows of this year’s New York Fashion Week were more filled with TikTok, Instagram and YouTube stars than in any previous season. Creators, such as Rae and Dixie D’Amelio, who gained followings during the pandemic swiftly catapulted to fashion week VIPs, and now, Met Gala attendees.

The question of why influencers are at the Met Gala is symptomatic of an industry-wide shift within fashion at large. Eric Dahan, chief executive officer and cofounder of influencer marketing agency Open Influence, called social talent “the next generation of celebrities.”

“[It’s] the old world view of what a celebrity is compared to the new world view,” Dahan said. “The fashion industry is going through a big transformation. In high fashion, we’ve seen a lot of brands looking to tap into Gen Z, realizing that their main audience is aging out, realizing the value of prestige and exclusivity based on wealth doesn’t really mesh with the values of Gen Z and Millennials. This is representative of a much bigger trend, and it feels like it’s really kind of taken a major leap this year with the gala.”

Traditionally, the Met Gala has excluded people of a variety of races, genders and social and economic backgrounds — as has luxury fashion overall. Candace Marie Stewart, who owns a social media consulting agency, said it’s time to usher in new ways of thinking about who is invited to the Met Gala and why.

“I don’t want to go off of what traditionally is appropriate for the Met Gala, because it already narrows it down to who that person is that can be accepted and attend,” Stewart said. “It’s not that they don’t belong, it’s looking at who are the influencers who belong there? What’s the addition that they’re adding to the Met Gala, versus just having a lot of followers?” 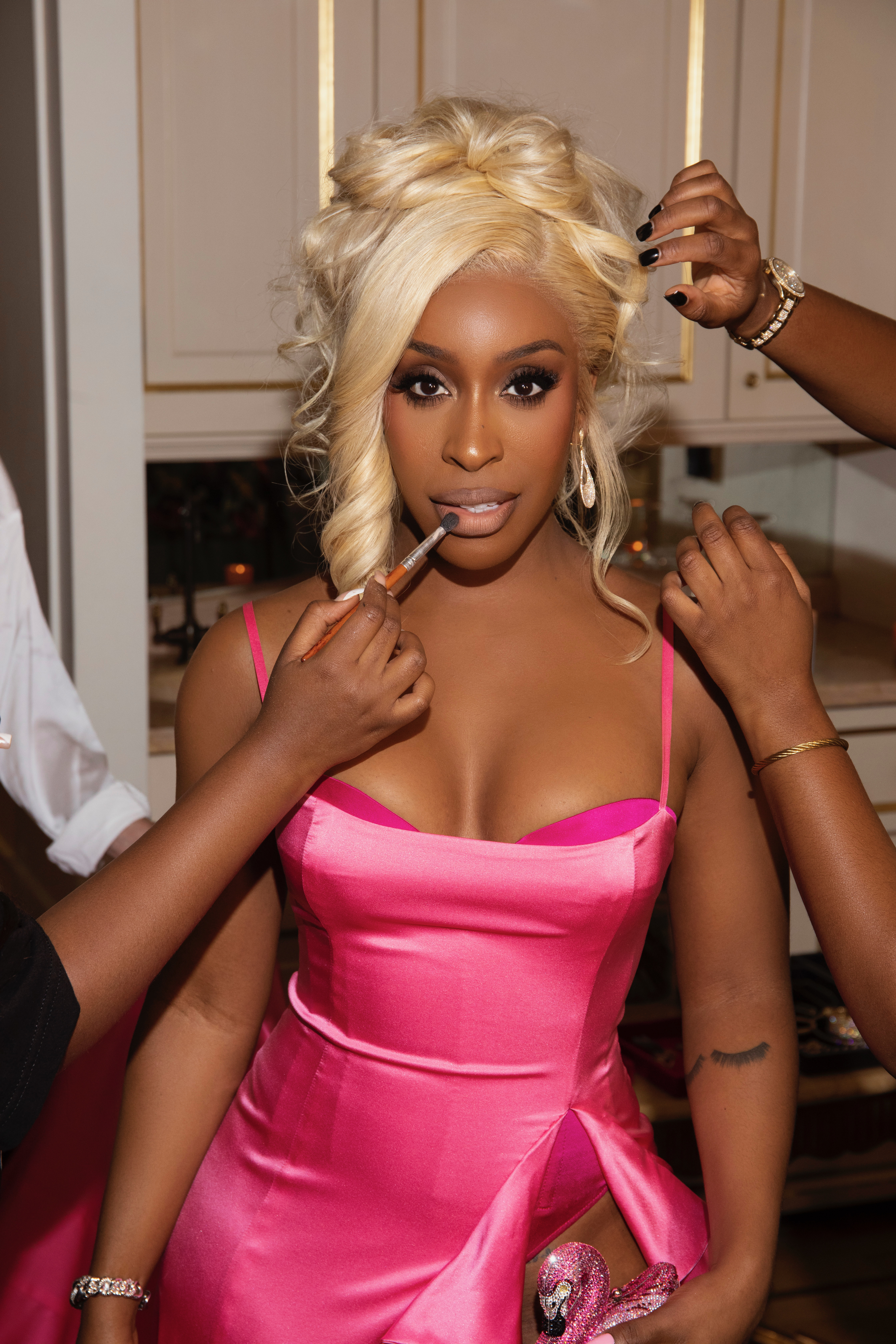 The idea of influencers and content creators is evolving more quickly than many in media, fashion and beauty are able to keep up with. Successful influencers in 2021 are often multihyphenates. They are creative directors, Olympians, entrepreneurs, entertainers, investors and CEOs, among other titles.

Jackie Aina, for example, is an award-winning content creator, a leader in beauty’s evolution toward greater racial diversity and the founder of a multimillion-dollar business she funded on her own. Last week, she became the first Black content creator to attend the Met Gala.

For Chen of Instagram, the negative stigma associated with influencers is outdated, as anyone who posts content on social media can technically be considered a content creator. Olympic diver Tom Daley, she said, is as followed on Instagram for his day-to-day life as he is for his brand partnership posts.

“It has been a decade-plus of people having the same conversation about influencers,” Chen said. “The term ‘influencer’ has become one that people use in a negative way, when in reality, everyone is multifaceted.…This Met Gala that just passed, we can all agree that it was a really diverse, celebratory event like no other event. The fact that we had [Olympic gymnast] Sunisa Lee, Theophilio, the young designer, next to Tom Ford.

“It was special to have people from all aspects of life and walks of life together in one place,” she continued. “Everyone is influential in their own right.”