Target wants to squeeze more purchases out of its customers and is launching a prototype that groups select categories into “worlds” of related goods. 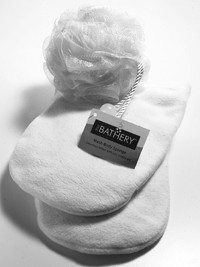 Howell, N.J. — Target wants to squeeze more purchases out of its customers.

Among its attempts to do this is the introduction this year of a prototype that groups select product categories into “worlds” of related goods. Elements of Target’s P2004 look are already in place at a newly opened store on a bustling commercial stretch of Route 9 in this New Jersey community, just south of Freehold.

The update features new approaches to category adjacencies, such as a large baby department that keeps furniture, clothing and baby care items together. Electronics is relocated to the rear of the store and coupled with toys. There is an enlarged grocery area that features a bargain bulk section. And nearby, health and beauty aids are grouped with other high-volume consumables such as paper products and even, oddly enough, cleaning solutions.

Cosmetics, on the edge of the consumables area, has been given a prominent spot abutting the checkout, which has been redesigned, too. In an apparent move to create more perimeter selling space, the entire checkout area has been condensed by staggering registers akin to Wal-Mart. Target’s standard checkouts span the front of the store.

The majority of the touches in this design are expected to be rolled out to all new stores and remodels this year. The chain opens about 100 stores per year and remodels around 80. Traditionally, according to research, shoppers frequent Target only once a month. The prototype is designed to boost that and to beef up purchases on each trip.

Target did not respond to a request for comment, but during a conference call in November, Gregg Steinhafel, Target Stores president, said that as the company more closely analyzes shopper data, it “has led to our intensified focus on trip frequency, mom-and-baby guests, recent movers and zoomers — the affluent, aging Baby Boomers.”

A spokeswoman for ShopperTrak, a shopper data firm, said that increasing the market basket even modestly can have a significant impact on a retailer’s bottom line. For instance, in some store formats, she said, converting even one of 100 browsers to a buyer can boost the retailer’s sales as much as 7 to 8 percent.

Numerous retailers are reexamining their approach to store design and also taking a stronger position in private label to make their stores more interesting to shoppers and ignite purchases.

Wal-Mart chief executive H. Lee Scott remarked during a keynote address at the National Retail Federation conference in New York on Sunday that a new supercenter it will open in Florida has been scaled down to 99,000 square feet to meet local zoning codes. As a result, Wal-Mart is reexamining the assortment and adjacencies there. And separately, Scott recognized the successful private label program at British food retailer J. Sainsbury as something “we [retailers] have all tried to emulate.”

In a study released this week by the NRF, in conjunction with BearingPoint Inc. on retail trends, a new current of change was detected among retailers — an accelerated desire to set themselves apart. “As the competition increases, retailers need to figure out how they can differentiate even more,” commented Scott Hardy, a managing director at BearingPoint, in a statement. Additionally, the study found 49 percent of respondents cited private label development as a priority.

Target’s latest beauty initiatives certainly reflect that sentiment. This January it has added Stuff by Hilary Duff cosmetics, exclusive to Target in the U.S., and a new house brand called Bathery, a spa line including sponges and bath mitts at prices from $1.39 to $12.99 for kits. In this store, Bathery was merchandised along the back wall of the beauty department in the bath area and given some 6 feet of space.

The bath area here introduces faux blond wood fixtures, similar to a look recently tested by CVS. To inspire a calming spa mood, panels contain sayings such as: “No Work Zone” and “Slow Down…Spa Time.” Along with Bathery, other brands include Got2B, Calgon, Luxe from Paris Presents, The Healing Garden and Jaqua Girls.

Meanwhile, Stuff by Hilary Duff cosmetics was merchandised on a small hanging fixture at the rear of a cosmetics row. Duff cosmetics will be followed by hair care and clothing and accessories this spring, all licensed collections exclusive to Target in the U.S.

In general, beauty is more tightly packed here than in traditional Target designs. The first aisle is home to mass and prestige scents. Premium fragrances are merchandised on a peg wall in clamshells with less expensive mass brands on shelves underneath.

Across from fragrances are nail implements and brands such as Physicians Formula. The next aisles are occupied by brands such as Revlon, L’Oréal, Maybelline, Cover Girl and Max Factor. Each endcap in beauty is devoted to a vendor and, as is Target’s fashion, highlights new product launches.

For example, the first end has Revlon Red Rocks, another L’Oréal’s new True Match foundation offering a free lipstick with purchase. Another display was devoted to Target’s Sonia Kashuk brand, while another offered Sally Hansen and another paid homage to Procter & Gamble with the new Cover Girl TruBlend and Max Factor Lipfinity Everlites housed together.

Next to beauty is hair care where unique signs on fixtures advise shoppers about frequently asked questions such as what shampoos are best for kids or if people should change shampoos. Appropriate products are merchandised above the questions including kids’ brands near the kids’ questions, and dandruff remedies near a query about dandruff. The shelf labels appear through the section. Also new in this design are black signs with white lettering in the skin care department that jut out from the shelves to highlight the location of brands such as Neutrogena, Olay, Nivea, RoC, Ponds and Dove, L’Oréal and Clean and Clear.