The fashion industry has designs on putting an end to mother-to-child HIV transmission through the Born Free project, which kicks into high gear today. 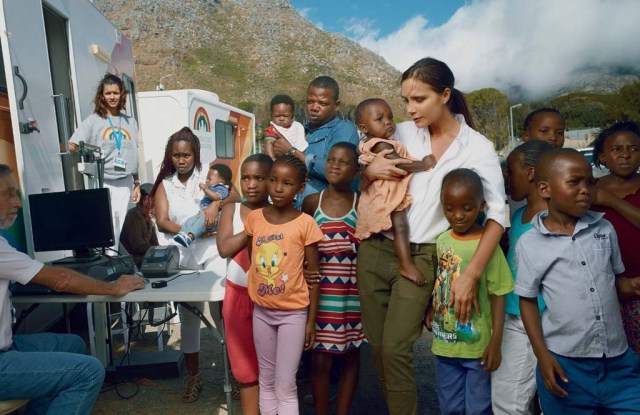 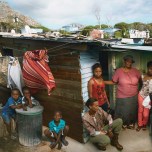 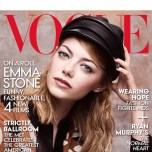 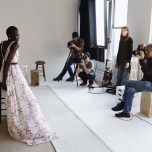 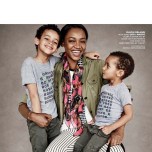 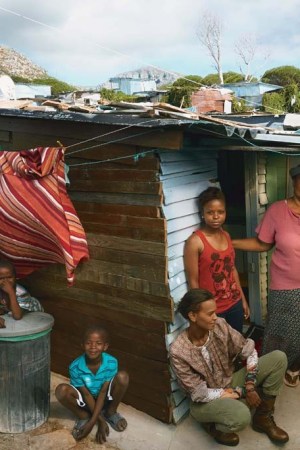 Liya Kebede with Imizamo Yethu resident Yolanda Baliso and her family in the May issue of Vogue. 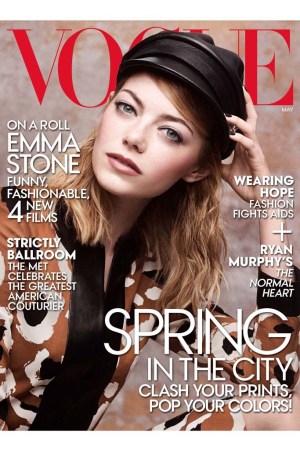 Vogue's May 2014 issue, which will feature the article on Born Free. 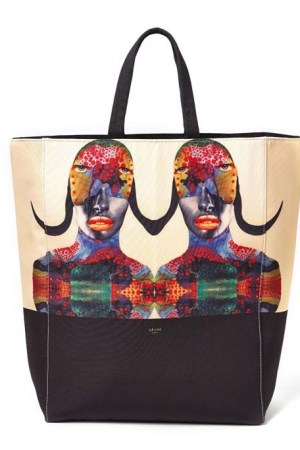 The Céline bag for Born Free. 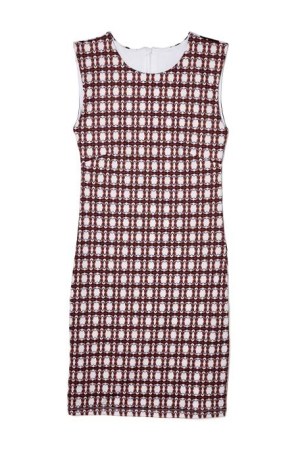 The Versace dress for Born Free.

NEW YORK — The fashion industry has designs on putting an end to mother-to-child HIV transmission.

Today, Born Free, a project spearheaded by Apax Partners U.S. chairman John Megrue, with support from Anna Wintour and Diane von Furstenberg, kicks into high gear when exclusive mother-and-child merchandise becomes available at Shopbop.com, which is owned by Amazon. Each piece was created by one of 22 designers who are also mothers, using one of two prints by Kenyan-born artist Wangechi Mutu.

The aim is to raise awareness as well as funds toward a surprisingly simple solution to one facet of the AIDS epidemic in Africa — that it requires women take only a pill a day to stop mother-to-child HIV transmission during pregnancy.

“The wonderful thing about Born Free is that it already is a solution,” said von Furstenberg. “Usually, you work toward these incredible breakthroughs. Here, if women take a pill a day, every day, their children will be HIV-free, and that is unbelievable. It’s not just hope — it’s a reality.”

More than 90 percent of HIV infections in children are the result of mother-to-child transmission, which can happen during pregnancy, childbirth or breast-feeding. While the danger of such transmission has largely been eliminated in Europe, the U.S. and other parts of the West, it’s still a major issue in countries in sub-Saharan Africa. In 2012, 260,000 children were infected with HIV by their mothers at birth. The daily pill has shown success rates of 98 percent.

Megrue, who is chairman of Born Free and chairman of the Business Leadership Council for a Generation Born HIV Free, had been involved in the global health sector and done humanitarian work in Africa for many years (he is also vice chairman of the U.N. Special Envoys Office, a director of Grameen America, director of Millennium Promise and a trustee of the Apax Foundation). Born Free, which was formally launched last year, came out of the United Nations’ Millennium Development Goals.

“If you spend time in a pediatric AIDS clinic in Africa, and you realize the incredible mortality and the ease with which one can stop that by giving a pregnant mother a pill a day, you come away feeling you have to do something,” he said. “I was asked by U.N.’s special envoy office to get involved specifically with mother-to-child transmission, and bring a business perspective to this area, in partnership with so many great organizations that are involved in it — governments and not-for-profits.”

“The fashion industry, first of all, was the very first industry to be involved in HIV in the early Eighties,” he said. “Secondly, this is around mothers and children, which resonates in the fashion industry. Thirdly, we need a major consumer awareness campaign to make sure that the funding from all the developed countries continues, and for those governments to hear about the success and how important it is to maintain the funding so that we can make sure newborn babies can be born HIV-free. To do that, the general public needs to be aware and the fashion industry is a great platform to do that from.”

Enter Wintour, editor in chief of Vogue and Condé Nast artistic director, and von Furstenberg, who, in her role as president of the Council of Fashion Designers of America, also works directly with the American designer community.

“It is something the fashion industry has always been behind, right from the very early days when we got together to support 7th on Sale,” said Wintour. “When John first talked to us about trying to help in Africa, it just made perfect sense. It struck a chord with everyone involved. There was no question in anyone’s mind. It was one of those things — you make the call and everyone just says yes.

“Everyone made such an effort and the clothes are great — charming and very different,” she added. “It’s not just a T-shirt, it’s a collection, and, hopefully, it will have legs. If it’s a success, maybe we can ask them to do a second collection with another artist, although John is trying to get this all wrapped up by 2015.”

“Because these are all mothers, it’s been very emotional for them, and they have put [Born Free] on top of their queue,” Sylvana Ward Durrett, Vogue’s director of special projects, noted. “It was not just to create clothes but to create a movement around this whole cause.”

The team brought in Meaghan Burdick of Burdick Consulting Group to help source cost-effective manufacturing ways and maximize proceeds to the cause. Shopbop purchased all product in the collection and 100 percent of the profits will go to Born Free. Priced from $39 to $450, a Céline tote, for example, is available for $225; a Chloé children’s dress for $98, and a Prada skirt for $220.

“It’s such an important initiative,” said Tory Burch, who designed a mother-and-daughter tote as well as a dress. “It helps pregnant women in Africa affected by HIV and gives them the ability to ensure their babies are born [without HIV.] There is nothing more important than a healthy baby. It gives HIV-positive mothers hope for a great future for their children.”

Marchesa’s Georgina Chapman said she and Keren Craig didn’t hesitate to get involved in Born Free. “Being mothers, it was something we felt was incredibly important, and something so achievable,” said Chapman, who designed cotton and lace dresses. “More often than not, it’s not the case that you can see an instant result, but here, there is one. It’s something feasible that can happen.”

Donna Karan, who participated via DKNY, added: “Every problem has a solution. In this case, the solution is simple: Act on our awareness. Put out the word. Make it happen. Create a movement of women designers and design a future. Together, we can do this and make a difference.”

The support goes beyond designers. MAC AIDS Fund will match up to $500,000 from sales of Born Free merchandise. Every U.S. Condé Nast magazine is running an ad in its May issue; the company is also donating 100 percent of proceeds from subscriptions made to any U.S. Condé Nast publication via condenast.com/bornfree.

Wintour said magazines have the power to impact such change. “We are a very powerful company with a huge influence on the world and it’s very important for us to use that influence for good. They [the editors in chief] have all really stepped up in supporting this by running the ads.”’

Vogue’s May issue has a significant story devoted to Africa, AIDS, the battle on the ground against it and Born Free. Penned by Jonathan Van Meter, the accompanying photos by Annie Leibovitz feature Liya Kebede and Victoria Beckham. It was shot in South Africa in late February and features Kebede and Beckham with the various groups involved on the ground, from mentoring to medical professionals and education. Executive fashion editor Phyllis Posnick and Leibovitz aimed to make it less a fashion story and take more of a photo-journalistic approach with clothes layered in.

Beckham called the experience “inspiring, motivating and moving. I met some incredible people doing really wonderful work to help the people and their communities. The whole trip was a huge experience, life-changing actually. I am now looking into other ways I can work with UNAIDS, and charities like Mothers2Mothers and Born Free to become an informed advocate for the eradication of mother-to-infant HIV.”

To heighten visibility and awareness, Megrue had reached out to Trey Laird of Laird + Partners to brand the project and establish an easily identifiable entity — think Pink Ribbon and Breast Cancer Awareness. “Almost as if to create a brand,” Laird explained. “We came back with a presentation for John that came up with a concept. We said, ‘Let’s call it Born Free and brand it as an initiative. Let’s get women in fashion together, and have them come together around Mother’s Day.’

“We can really take it from what was a governmental structure to something that’s much more a brand for consumers, and we could tell a story around it,” Laird added. “The story was already there. It was really just coming up with a way to make it emotional and clear and compelling for people to get involved.”

While Vogue took the lead with designers and the event, Laird and his team spearheaded the marketing campaign, from ads outdoors and in print, digital and social media, featuring models and their children photographed by Patrick Demarchelier, as well as short clips for TaxiTV.

Born Free is the first humanitarian project of this scale for Shopbop.

“When we thought about this opportunity, we thought more about what Amazon Fashion and Shopbop could bring to it,” said Cathy Beaudoin, president of Amazon Fashion. “We have a large and loyal customer base, and we offer free shipping around the world. And offering this collection on our platform was a way for people everywhere to experience Born Free, and for us to contribute to the cause.”

Shopbop ships to 165 countries around the world and has a significant customer base of mostly young working women. It also has a 4.5 million-strong social media following with a presence on Facebook, Twitter, Instagram and Pinterest.

Shopbop will feature a dedicated boutique for the Born Free collection that allows customers to learn about the initiative and its participating designers, as well as shop from the lineup. There is also an editorial feature with Lily Aldridge and Chanel Iman to coincide with today’s launch.

Born Free will be celebrated on May 11 — Mother’s Day — when Vogue, von Furstenberg, Kebede, Megrue, Mutu and Claire Danes host a Mother’s Day Carnival at Hudson River Park’s Pier 45. It will include performances by Idina Menzel and Ariana Grande, and the chance to practice baseball with the New York Yankees, throw footballs with the New York Giants, including Victor Cruz, and shoot hoops with players from the New York Knicks, including Amar’e Stoudemire. Guests can also paint with Mutu; face paint with MAC Cosmetics makeup artists, and create Lego designs with New York-based artist Nathan Sawaya.

As for the goal, Megrue thinks a generation born free of HIV can be accomplished as early as next year, but there is a bigger message, too.

“These global health issues are primarily funded by governments,” Megrue noted. “The private sector has stepped in in a major way, but governments need to lead these global issues. With the money raised, we will be able to invest in Africa, on the ground, and we will very effectively get governments to understand how important this is and how important government funding is. In this environment, every budget line item in every developed country is being pressured, and this is an area that we collectively need to defend.”