The brand is celebrating the launch of its new FF capsule on Net-a-porter with a big, highly Instagrammable party in London.

A look from the Fendi capsule collection.

The Italian heritage label has been reworking its famous FF logo to speak to a new generation of luxury shoppers — the kind who like logos, online shopping and selfies.

Now Fendi is ready to give them just that, with the launch of a dedicated FF capsule collection, dropping exclusively on Net-a-porter on Friday and a big, highly Instagrammable party, hosted in London to celebrate.

The capsule reworks the logo through a modern-day, Millennial-friendly lens and puts a focus on streetwear: FF logos — seen in an archival squared version dating back to 1974 — are applied everywhere from track pants, to fur slides, bomber jackets and sneakers.

“Today, young kids like logos. It’s about mixing different logos together, about heritage and a new way of interpreting clothes. That’s why we decided to launch this collection — which we hope will come and go quickly — to offer an expression of what Fendi is all about,” said Silvia Venturini Fendi in an interview ahead of the London event, titled FF Reloaded.

To mark the launch, the Fendi family is going all out, hosting a party in “Lost Rivers,” a hidden graffiti tunnel in South London. The event aims to highlight both the brand’s heritage and its bright future, which seems to be dominated with selfie moments and a strong, urban attitude.

“We like the idea of being part of the underground, where street artists are free to draw graffiti. The logo itself is very urban, it’s not like it was in the Eighties where it was just associated with an expensive price tag,” Venturini Fendi said, pointing to a shift toward a new attitude in fashion that allows for freedom of expression. “People interpret clothes according to their personalities, if you want to mix a logo with streetwear or a ballgown you can. It’s interesting to see that people really talk through their clothes, making them part of their personal vision. In the past you were addicted, you would go and buy head-to-toe everything, but now it’s about the mix.”

The party venue is filled with light installations, which can also double as selfie booths, projecting different variations of the FF sketches, there is an FF truck and graffiti designs of the FF and Fendi Roma logos, to be drawn live by graffiti artists in Fendi boiler suits. 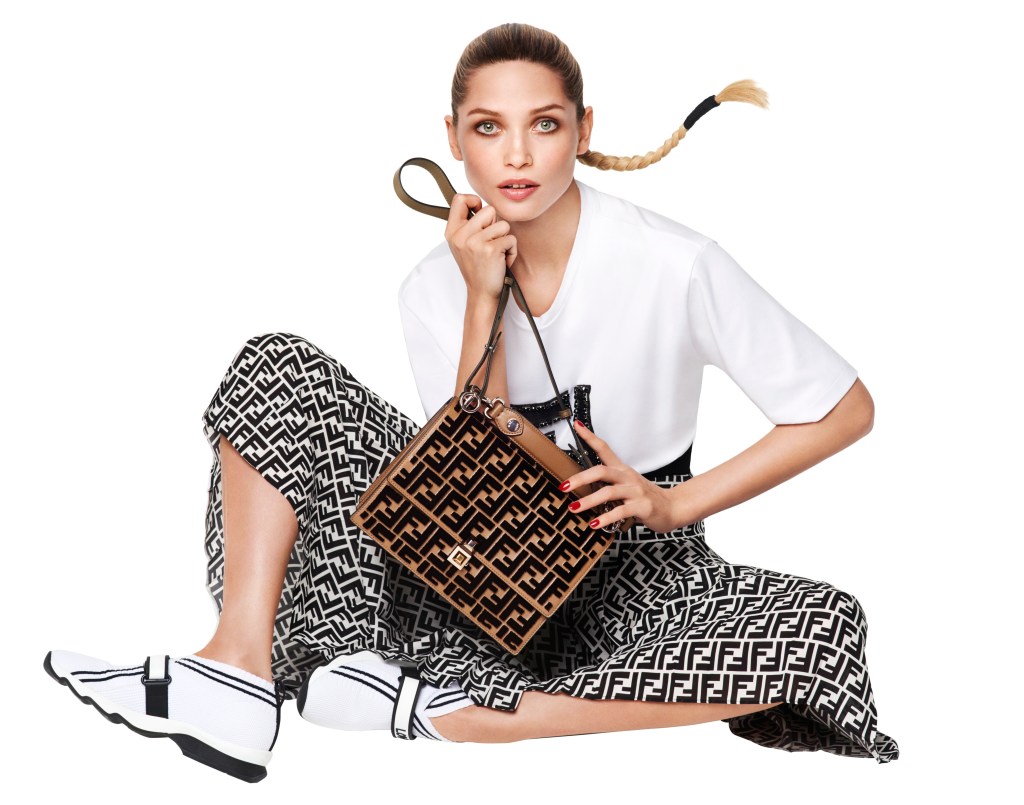 Elsewhere, exposed brick walls and tunnels are filled with original sketches of the Fendi logo by Karl Lagerfeld, dating from the Sixties to the present day and illustrating the brand’s evolution.

“We are celebrating our history through the logo. For me, it’s something that’s so familiar and attached to my heart because it’s like a family monogram. It represents almost 100 years of history of our company but also of society. Looking back to the Seventies and Eighties, I have images of Sophia Loren or Catherine Deneuve or Lady Diana wearing the logo. It’s always been the same, but it adapted to so many different women, decades and generations. It connects everyone and when I see my children wearing the logo I realize that it’s going to be here forever because the younger generation like things that have longevity,” added the designer, who was accompanied by her daughters, Leonetta Luciano Fendi and the jewelry designer Delfina Delettrez, during her trip to London.

Venturini Fendi also spoke of the importance of heritage when trying to reach the younger consumer: “To speak to young people, you don’t always have to offer them newness. The future can be very beautiful, when you build it on something that relates to the past and isn’t constantly changing. It gives a sense of strength to those kids that have to build their future and are sometimes uncertain of what will happen.” 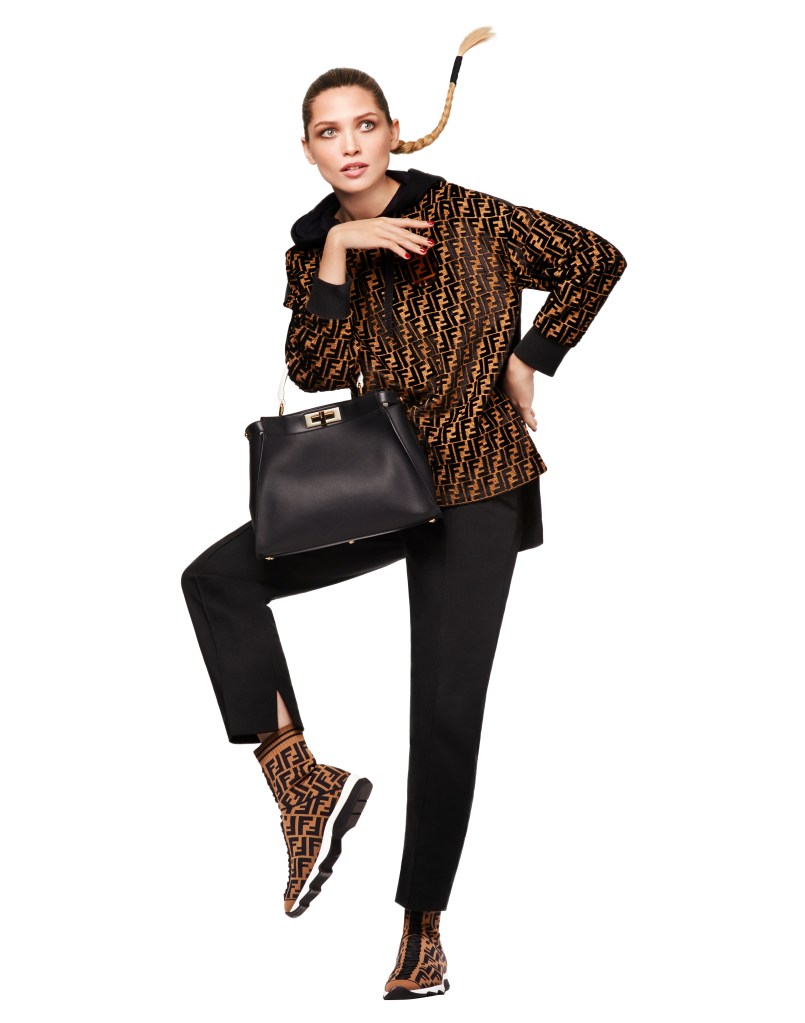 A look from the Fendi FF Capsule Collection  Courtesy Image

To add further street cred to the label, Thursday night’s event also promised a hip-hop dance performance and urban music by the DJ duo Disco Smack and the hip-hop collective Last Night in Paris, among others.

While both the new collection and the party celebrating it, seem to be strongly geared toward a young, digitally savvy crowd, Venturini Fendi stressed that the brand is not setting out to exclude anyone. “It’s not a question of age, it’s a question of attitude. Fendi is a very democratic company, we always appealed to a lot of different types of people and had interest from younger kids. Just remember the Fendi monsters,” she said.

The collection will be exclusive to Net for a month and will later roll out on the Fendi website and select stores around the world. A pop-up store in Dubai is also in the works, where Fendi’s Roman headquarters will be re-created in inflatable form, from April 19 to 29 at the Dubai Mall Fashion Catwalk.

In addition to embracing the attitude of the new generation, Venturini Fendi said that she has also been getting on board with the new pace of the industry, where one-off capsule collections are king. “I like this new way of doing things where we create a story, then release a collection around it, that has a quicker start and finish date. It’s interesting that you can find the logo [capsule] now, but you probably won’t be able to find it in a few months. I like to work on stories rather than big collections,” she said.