Was it something in the water? Cattiness ran rampant this year, with lawsuits, name-calling and that now-infamous fashion slap. 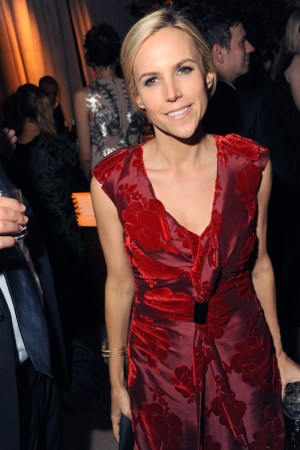 If there’s one fashion lesson to be learned in 2012, it would be this: Keep your lawyer on speed-dial.

The year had a heaping helping of name-calling and nasty lawsuits that often veered from the professional into the personal sphere — and one memorable physical assault. Together, these incidents gave credence to the cliche that fashion is one bitchy business.

Take, for instance, the melee at the Zac Posen runway show in September. When fire marshals pulled 60 chairs before the show, it left the p.r. team at HL Group scrambling to seat some guests. Marie-José Susskind-Jalou, president of the Jalou publishing house, and her daughters, Jennifer Eymere and Vanessa Bellugeon of Jalouse and L’Officiel magazines, respectively, were not pleased, and a heated argument between them and HL Group cofounder Lynn Tesoro landed the p.r. veteran a slap in the face.

If that weren’t shocking enough, Eymere’s post-slap recap to WWD certainly was. “It was a small slap,” she said. “It was not strong. I didn’t hurt her, it was just to humiliate her. She humiliated my mom, and I humiliated her in front of her crew. Voilà. I just said at the end, ‘Now you know you don’t f–k with French people.’” Tesoro, in turn, filed a lawsuit againt the Parisian trio to recover damages for “assault, battery, emotional distress, slander and/or libel.”

She wasn’t the only one seeking legal action, as acrimonious lawsuits made headlines throughout the year. Case in point: the ongoing battle of the Burches. Tory Burch alleges that her ex-husband Chris Burch purposely gleaned information about her brand in order to create the “knock-off” retail concept C. Wonder, while he accuses her of keeping him from pursuing other business ventures as he tried to sell his stake in her company, which they founded.

In mid-October, the year-and-a-half-long war between Yves Saint Laurent SA and Christian Louboutin SA over red soles ended, when YSL dropped the lawsuit against the cobbler, after he had sued the French fashion house in April 2011, claiming that it infringed on the footwear brand’s trademark when it sold red pumps with red soles. YSL can continue to sell the monochrome shoes.

Other firms that squared off included Gucci and Guess, with the Italian fashion house winning part of its trademark infringement lawsuit against Guess and its licensees, including Marc Fisher and Signal Products Inc. Then there is the ongoing legal tangle that involves Macy’s Inc., J.C. Penney Co. Inc. and Martha Stewart over the two retailers’ separate arrangements with the household diva.

In Milan, Roberto Cavalli and Giorgio Armani got into a tiff, with Cavalli unleashing his fury at Armani’s decision to shift his show date and calling him the “Little King.” Armani retorted: “Cavalli should be quiet, because the ‘Little King’ could start to get angry.”

New York Times critic Cathy Horyn found herself in flaps on both sides of the Atlantic. In Paris, she butted heads with new Saint Laurent creative director Hedi Slimane. She wasn’t invited to the show but still gave the collection she saw online a tepid review. Slimane tweeted that Horyn is “a schoolyard bully and also a little bit of a stand-up comedian.

“As far as I’m concerned, she will never get a seat at Saint Laurent, but might get 2-for-1 at Dior,” he blasted. “I don’t mind [criticisms], but they have to come from a fashion critic, not a publicist in disguise.”

No feud, however, was quite as tasty as the one that flared up between Oscar de la Renta and Horyn during September’s New York Fashion Week. In her review, she had said that “Mr. de la Renta is far more a hot dog than an eminence grise of American fashion.” De la Renta was not amused. He responded to Horyn by taking out a full-page ad in WWD, writing an open letter: “If you have the right to call me a hot dog, why do I not have the right to call you a stale three-day-old hamburger?”

If that weren’t spicy enough, Lady Gaga added her two cents in support of the designer, which then prompted Horyn’s beau, Art Ortenberg, to lash out at the singer. As he put it, “Grow up, Gaga.”