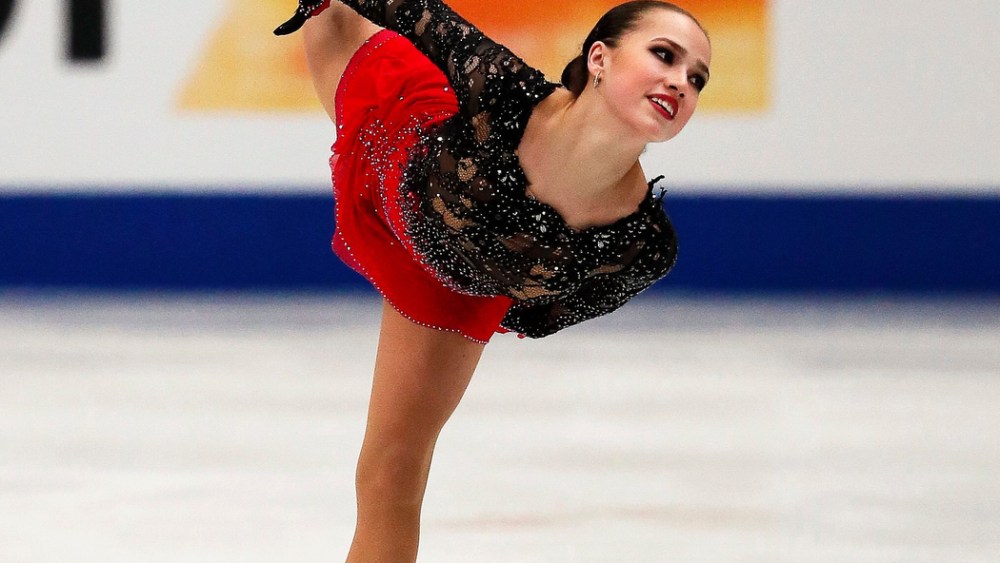 SAITAMA, JAPAN — More than a dress, figure skating costumes are an opportunity to communicate a larger concept with viewers and judges — strategically designed to complement a routine’s music and emphasize its theme. At Friday night’s ISU World Figure Skating Championships — held at the Saitama Super Arena — this meant spandex, rhinestone-laden interpretations of famous stage works such as “Carmen,” “Chicago” and “Romeo & Juliet.”

Skating enlists an extreme athleticism that sees athletes hurtling themselves three, and now increasingly four, rotations into the air and spinning so rapidly that their body encounters multiple G-forces. The sport is unique, however, in that visual presentation plays an equally important role in an athlete’s success, placing costumes in a vital position.

Skating’s athletic romance and expressive fashions have helped create a significant fanbase for the sport in countries including Russia, South Korea and Japan — where figure skaters are becoming household names and are beginning to appear in high-profile campaigns for major beauty and fashion brands.

“I think what differentiates skating from other sports is that it’s also not only about athleticism. There is an artistic component, which complicates things enormously,” said designer Vera Wang, formerly a nationally ranked skater, who also creates costumes for select elite skaters.

“I was watching skiing this last weekend. No one is judging Mikaela Shiffrin on whether she’s smiling, what she is wearing, whether she is artistic. You just pay attention to who goes down the mountain fastest. No one cares about how you look while you are doing it,” Wang elaborated of skating’s added pressures.

The designer wardrobed U.S. ladies’ figure skating throughout its dynastic years in the Nineties, collaborating with Nancy Kerrigan and Michelle Kwan. Lately she has turned her attention toward men’s costumes, working with 2010 Olympic gold medalist Evan Lysacek and with current top U.S. men’s skater Nathan Chen.

Depending on a skater’s nationality, a costume is either paid for out of their own pocket or is covered by their country’s skating federation, according to Josiane Lamond, whose career is solely devoted to designing costumes for figure skaters. Canadian, American and some Asian nations require a skater to pay for their own costumes, Lamond noted, while the skating federations of China, Russia and most European Union member states take care of the cost, which runs from about $1,300 to $5,000.

Lamond, who has worked with former top U.S. women’s skater Gracie Gold and 2018 world champion Kaetlyn Osmond, closely collaborates with the choreographers who devise their programs — ensuring a certain harmony between a routine’s movement, music and visual effects.

“I listen to the music over and over again to get the vibe, then I do research. Usually, I make an inspiration board that will go with the theme to try and make everything cohesive. I sketch and present the board to a choreographer and then after I have approval, I start to look for fabric,” Lamond said of her process.

Designing figure skating costumes is akin to designing clothes for a subculture — it requires creativity and a sensitivity toward the quirks of the community it serves. Both Lamond and Wang work technical fabrics like power mesh to enable free movement, while manipulating the material so it reflects a certain sophistication. “You have to factor in all of their footwork and the weight of the costume. It technically can’t have any rips. And for men’s skating, the pants hook underneath the skates — if that comes undone, it ruins the performance,” said Wang.

The 2018 U.S. champion Bradie Tennell, who Friday evening took seventh place with a routine set to Prokofiev’s “Romeo & Juliet,” said of her preferences when ordering a new costume: “I don’t like to have any designs on the arm — it can be a little cumbersome when I’m skating, but I like to have sleeves — it’s a comfort thing. Also, the costume can’t be too heavy; all the sequins can add a lot of weight.”

The 2018 Canadian champion Gabrielle Dalemen is an outlier in skating as she prefers to design her own dresses and complete her own hair and makeup. “I like that I work in a sport that’s fashionable,” Daleman said of her incentive to DIY after finishing her performance, which landed her in 11th place.

In Russia, Japan and South Korea, figure skating carries a football-like following and is one of the few high-level competitive sports with a primarily female fanbase. An increasing number of champions — considered highly marketable for their youth, grace and athleticism — are being named as faces for beauty and fashion brands, appearing in ads for companies like Pantene, Shiseido and Nike.

Yuna Kim, the 2010 ladies’ Olympic gold medalist, was the first athlete to prove how effectively figure skating endorsements can resonate. Since her victory, Kim has worked with Nike and jewelry brand J.Estina, amassing a reported net worth of some $21 million from her many sponsorships. Kim also kicked off a nationwide love for skating in South Korea, of which the country’s current top skater Eun Soo Lim said: “This sport is not just sports, it’s sports with some performance.”

Lim — whose management earlier this week accused her training partner Mariah Bell of slashing her calf in practice — accentuated her routine from the Prohibition-era musical “Chicago” with a black fringe dress featuring Art Deco-style beading.

The arrival of skating’s aesthetic focus has carried a certain darkness along with it; in the last two years, prominent skaters including Gold, Daleman and 2014 Russian team Olympic gold medalist Yulia Lipnitskaya have stepped away from the sport to seek psychological help and treatment for eating disorders.

Despite calls for increased awareness, the attention toward skaters’ appearance is unrelenting. Choreographer Benoît Richaud, who works with skaters including Tennell and 2019 Japanese champion Kaori Sakamoto, said of the sport’s revived following: “I think it’s probably a new generation of skaters. People are now more used to social media — a few years ago you couldn’t see a skater’s daily life.”

Their growing popularity as brand ambassadors, he feels, could also be traced to a rising worldwide trend for health and self-care. “The world is changing; a few years ago we didn’t even realize how important it was to be healthy,” he said.

In February 2018, Evgenia Medvedeva was named as the spokesperson for Pantene Pro-V. This season, she became a major face for Nike in Russia and was presented with a custom training ensemble to be worn at public practice sessions. Photos of the crop top and leggings set — prominently featuring Nike’s logo — spread like wildfire across social media.

Friday’s champion, 16-year old Russian skater Alina Zagitova, has become such a beauty icon in Japan that last week, upon arriving in the country for the ISU Championships, she was met by national news networks and screaming fans. In October 2018, Shiseido tapped Zagitova as the company’s new face in an effort to target young, Japanese consumers. She was also assigned a personal makeup artist who traveled with her to competitions throughout the 2018-2019 season.

On Friday night, skating to music from the opera “Carmen,” Zagitova wore a long-sleeve, black-and-red lace dress, with a smoky-eye look administered by the makeup company.

When asked about her off-ice modeling work, however, Zagitova said: “The thing is, I’m recently the ambassador to brands like Puma and Shiseido. I don’t know if there is a particular reason why. I’m just a skater, I really try to put my best performance out there and then that seems to lead to these types of partnerships.”