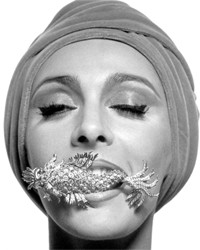 A NICE RING TO IT: Chloé has its hands full with its handbag business these days. Creative director Phoebe Philo scored an instant hit when she showed handbags along with her first collection for spring 2002: the bracelet bag.

Chloé declined to disclose unit sales to date, but said its sell-throughs have been above 85 percent in some stores. Retail prices range from $840 to $1,200. Just wrapping up sales for spring 2004, Chloé president Ralph Toledano said handbags are tracked to account for more than 25 percent of sales, “which is a lot since we are coming from zero,” he noted.

Toledano attributed the rapid success to Philo’s ability to closely link the spirit of the Chloé ready-to-wear and accessories. Chloé initially sold the handbags only to its ready-to-wear clients, but for spring 2004 will expand its distribution to include accessory-only corners, for a total of about 250 points of sale worldwide. One corner recently opened in the Printemps flagship on Boulevard Hausmann, and others are planned for Galeries Lafayette in Paris and Harrods and Harvey Nichols in London.

Toledano said the line has also been expanded with entry-level, logo-driven bags in canvas, to help it expand in the department store channel. Prices for these range from $470 to $615. Top-booking styles for spring include Philo’s “camera” bag in metallic leather, her banana-shaped “hobo” in metal mesh and a new beaded version of the bracelet.

“Tiffany in Fashion” is Loring’s 15th book and will be published this month.

STEPPING OUT: Eugenia Kim is known for her madcap cloches and fedoras, and now the downtown milliner can add cobbler to her résumé.

Kim just launched a 12-piece shoe collection for spring that follows a whimsical approach similar to her hats. For instance, some stiletto tips are designed to resemble a cartoon-like dog or cat motif, D’Orsay pumps feature cigarette-like snakeskin heels, and one style has the words from a Jack Kerouac poem — “Bee, why are you staring at me, I am not a flower” — geometrically embroidered from the left to the right of each shoe.