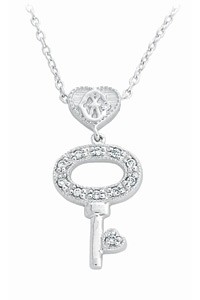 FALCHI’S YOUTHQUAKE: Carlos Falchi is keeping busy this market. The New York-based designer, famous for his exotic skin handbags, has signed on to be the creative director of Sloane & Alex, a line of leather satchels to launch Aug. 7 through Showroom Seven at Accessorie Circuit Intermezzo in New York. The line is produced by The Betesh Group in New York and inspired by the daughters of two Betesh executives who are mad for fashion.

“It’s an alter ego for me,” Falchi said of the bags, which range at wholesale from $54 to $281 and hit select Bloomingdale’s and specialty stores such as Corsa at the Forum Shops in Las Vegas and Leo in Miami in October.

The first collection features styles like a slouchy leather messenger bag in ivory embroidered with bright pansies and a soft leather drawstring purse with a chunky silver chain woven through the bottom and chevron quilted straps.

“It’s for a younger customer, for girls coming out of college,” added Falchi.

He has some other things up his sleeve, as well, including a diffusion line of handbags called Falchi by Falchi to launch in fall 2007.

CHANEL’S GEMS: “If I chose diamonds, it’s because they represent the greatest value in the smallest volume,” Coco Chanel declared in 1932 of her first fine jewelry collection, Bijoux de Diamants. Next month, original pieces such as the legendary Comète brooch along with some 100 of the house’s sparklers, including a diamond star necklace reissued for the occasion, will be featured for the first time at the Biennale des Antiquaires in Paris. The exhibition, which runs from Sept. 15-24, will be in a 40,000-square-foot space designed by architect Peter Marino within the Grand Palais.

CHARMED LIFE: Charriol is feeling a bit whimsical. The Swiss watch and fine jewelry manufacturer has unveiled its Bacci Collection, featuring delicate and playful charms in 18-karat gold and diamonds that dangle from necklaces and earrings. It is the firm’s first collection targeted at the entry-level price point. Items will retail between $250 and $450.

Bacci, which means “little kisses” in Italian, will comprise 53 pieces, each capped off by a signature Charriol heart. The collection will hit stores such as Saks Fifth Avenue, Neiman Marcus and Bloomingdale’s, as well as select independent jewelers and Charriol’s boutiques in La Jolla, Calif., and Atlanta, late this fall.

LUXOTTICA DIRECTOR: Luxottica Group has named Livia E. Marotta senior director of communications, a new position. Marotta had been director of public relations and corporate communications at Tag Heuer North America since 2003. She assumes her job at Luxottica on Thursday. Luxottica manufactures and distributes eyewear for Prada, Miu Miu, Chanel, Bulgari, Persol, Vogue, Ray-Ban and Donna Karan, among others.

IN MEMORIAM: A memorial service will be held for fine jeweler Steven Kretchmer today at 6:30 p.m. at the Reeves Great Hall at New York’s Fashion Institute of Technology on 27th Street and Seventh Avenue. Donations are being accepted for the Steven Kretchmer Memorial Scholarship Fund for Metallurgy. Kretchmer died on July 8 from injuries sustained in a motorcycle accident.

BRIDAL BAUBLES: When it was time for Urvi Prunier to choose jewelry for her wedding — a Catholic and then traditional Indian ceremony, set one day apart in 2002 — she faced a hopeless situation.

“Either it was a pair of $50 pearl and cubic zirconia earrings or a $50,000 pair of Harry Winston earrings,” said Prunier. “There wasn’t anything fashionable or modern to wear at a good price point.”

After that experience, the designer and founder of jewelry company Tejani in New York decided to launch a bridal collection that bows at retail in September.

The earrings, necklaces and bracelets adhere to the Tejani aesthetic, which takes its cue from both Indian and classic jewelry. Styles, for example, range from shoulder-duster earrings designed with rose quartz, pearls and rose-cut crystals to necklaces with three rows of graduated pearls and petite crystal fobs.

“[Bridal] gowns today are so modern and I’m trying to give [the jewelry] that feeling,” said Prunier, adding that the pieces will continue to look great well after one’s vows have been exchanged. “I want people to be able to wear the [line] with both jeans and a gown,” Prunier explains.

Tejani’s bridal collection will retail from $95 to $500 at stores such as Chuckies in New York. Prunier also intends to target the collection to upscale bridal boutiques.