An exhibit at San Francisco's de Young museum, curated by André Leon Talley, is a comprehensive glimpse into the late designer's career. 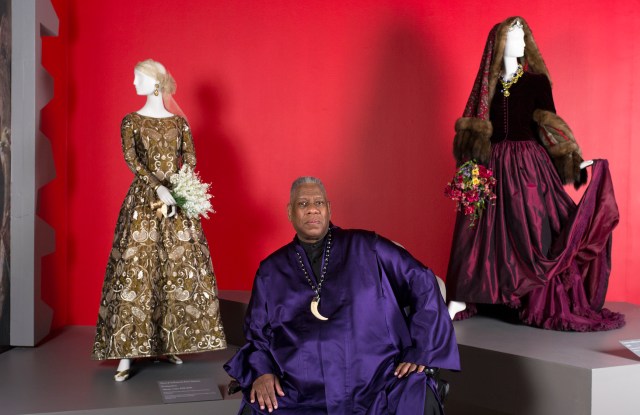 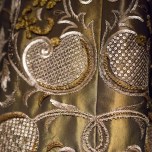 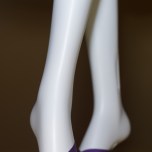 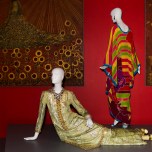 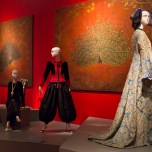 SAN FRANCISCO — The Oscar de la Renta exhibit at the De Young Museum here is not only a retrospective of the late designer’s legendary career, but also is a look into the mind and passion of the show’s curator, André Leon Talley.

Talley approached his role as an academic stylist of sorts. Given his background as a fashion journalist, long relationship with the designer and encyclopedic eye, it’s no surprise he answered the call when the company’s chief executive officer Alex Bolen and Annette de la Renta asked him to curate the exhibit after de la Renta died in October 2014.

Talley trawled through both the museum’s archives and the designer’s for a year, and borrowed pieces from the collections of people ranging from first ladies — Hillary Clinton, Barbara Bush — and celebrities — Taylor Swift, Sarah Jessica Parker — to notable patrons like Nan Kempner and Marissa Mayer, in addition to a considerable number of pieces from Annette de la Renta herself.

The result, opening this week, is a comprehensive, 130-piece journey through the five-decade-long career of the designer, from his first foray into ready-to-wear in the Sixties for Jane Derby and his namesake label, to his work for the house of Balmain and for young stylemakers.

After a first walk-through, Bolen, with his wife and executive vice president Eliza Bolen, was clearly emotional. The exhibit, he said, entirely captured de la Renta’s spirit and what he loved. “He always wanted to bring a sense of joy and that comes through loud and clear,” Bolen said.

For his part, Talley hoped to illustrate the international career of the designer, whose glamorous designs, he said, had a “romanticism that parallels Yves Saint Laurent.”

Rather than organize the show chronologically, Talley grouped pieces thematically, reflecting the strong currents that ran throughout de la Renta’s career. In fact, said Bolen, at times he and his wife had a hard time distinguishing if designs were from 1960 or 2000 — a nod to that oh-so-valuable, yet tricky, timeless quality to which so many modern designers aspire.

Talley, previewing the exhibit this week, pointed out some of his favorite aspects of the pieces on display; he’s particularly captivated by the rich fabrics, elaborate details and the vibrant colors. Fittingly, the exhibit opens with an early defining moment: Three dresses from the so-called “Battle of Versailles,” when de la Renta was one of the American designers who presented against the best of Paris in 1973.

Later, Talley pointed out the shadow of a mannequin’s hand on a red wall in the room devoted to Spanish influence; nearby, a video screen plays black and white video of a flamenco dancer. This is near an ensemble from Balmain’s fall 2000-01 collection that’s evocative of a bullfighter’s uniform, which was drawn from Kempner’s wardrobe.

In the next room, which is dedicated to Eastern influences, followed by Russia, there are hand-painted silk caftans and — Bolen’s favorite, perhaps — velvet pants trimmed in French sable, also from Kempner, from the fall 1999-2000 collection. On the walls are oversize peacock panels from Robert Winthrop Chanler that Talley found in his research; they were resurrected from the de Young’s archives and restored.

The mannequins were each completely styled by Talley; they’re accessorized with Oscar de la Renta costume jewelry and in place of shoes, they wear grosgrain ribbon wrapped around the foot to mimic the look of a Manolo Blahnik sandal, like those favored by Annette de la Renta and Mercedes Bass.

Away from his design studio, de la Renta could often be found in his garden in Kent, Conn., and many designs reflect this sensibility. In the garden room, a massive screen plays video taken from his garden there, while three mannequins sit on a park bench in floral silk Balmain gowns, in a re-creation of a Vogue photo shoot by Peter Lindbergh published in October 1997. Talley also re-created a Vogue image from December 2010, for which Steven Meisel used mohawked Asian models in homage to a Cecil Beaton photograph featuring the designer Charles James.

The grand finale of the exhibit is a pink carpeted stairway filled with mannequins displaying gowns worn by celebrities including Jessica Chastain, Rihanna, Nicki Minaj and Swift, who sent her personal dress within three days of asking.

Like Swift, Talley said, all who lent pieces to the exhibit were eager to do so. “People love Oscar,” he said. “And it was more than just the dress — it was the charm and the manners.”

His most anticipated moment, he said, is when Annette de la Renta will first see the exhibit; “For her,” he said, “I have butterflies.”

For Talley, the title of “curator” was a dream, and after a year of research and seeing it unfurl, this weekend’s opening will be bittersweet. (He’ll be plenty busy, though, with the upcoming Met Gala and fittings for Anna Wintour and her daughter Bee Shaffer.)

That this retrospective is in San Francisco, Bolen said, is fitting. The city, he said, was like a home away from home for the designer, with close friends and patrons like Diane Wilsey, who is president of the Board of Trustees of the Fine Arts Museums of San Francisco. For the occasion, Wilsey contributed the copper gown that she wore for the opening gala of the de Young in fall 2005.

So far, said museum acting director and exhibition organizer Richard Benefield, the first two member preview days are sold out — most exhibits only have one member-preview day — as is the opening night gala tonight; the museum has already sold more than 100 group tours of the exhibit, which, he said, is a record.

Bolen anticipates that the exhibit will appeal to and bring happiness to all, fashion fiend or not. And that, he said, “would have thrilled Oscar. It’s a very happy exhibition. His spirit and his joy are what I remember most.”

“Oscar de la Renta: The Retrospective” will be at San Francisco’s de Young museum March 12 through May 30, 2016.